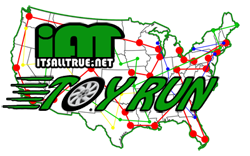 We’re going to try something a little different today. Well, it’s not really different then what we normally do, but we don’t usually take pictures. You know the drill. You get up and you think you could get lucky today. You get ready and put on some nice clothes so you can at least feel presentable if you happen to get checked out. You hop in the car and travel to whichever place you’ve deemed best to satisfy your desires. You arrive with giddy anticipation. It’s now or never, you tell yourself as you round that last corner. What awaits? Will it be great joy or intense dissatisfaction?
That’s right, you’re on a Toy Run!

Our humble journey begins today at the nearest Wal-Mart to the IAT Offices. We’re not far from Wal-Mart HQ and it shows because we have one of the highest WM’s per person of anywhere in the country. We have a dozen within thirty minutes of us. Some are good, reliable Wal-Marts and others are reliable in that they never have anything. We each have our favorite, but all of the IAT toy hunters can agree on one thing – we hate this one most.

Our beloved “Discount City” Wal-Mart was demolished probably twenty years ago now. I lamented its loss as it was a regular source of MOTU, Super Powers, Cops N’ Crooks, and all the others eighties goodies I was raised with. This supercenter was built behind it and has never lived up to its predecessor. We’ve discussed at length why this Wal-Mart is so terrible and none of us our sure. The last time any of us can even remember finding something there first was back in 2006 when they had a Marvel Legends Apocalypse Series endcap. We were excited at first, but then some of those became the worst pegwarmers ever and I don’t think we ever found Marvel Legends there again. Vault remembers picking up Teela and Orko on Black Friday one year before they became pegwarmers (with VHS tapes!) the following Spring. That’s how it goes there. It gives sometimes, but never really coughs up a prize.

Still, we go. I’m sure every collector has a store like that. One that never seems to pay off, but that we’re too afraid not to check. On this day, we weren’t really looking for anything new, so much as checking out the new 2010 reset. It’s always good to know the lay of the land. If you’re looking for a certain toy line, it helps to know in advance which Wal-Marts aren’t going to bother carrying the pegspace you need. One of the big things we have to keep an eye on this year is DC Classics. Unfortunately, that also seems to be one of the lines where the pegs come and go. Last January, only one of the dozen nearby stores put up pegs for DC Classics. In the Fall reset, ten of the other eleven started carrying them and that one lost them. We don’t get it either. 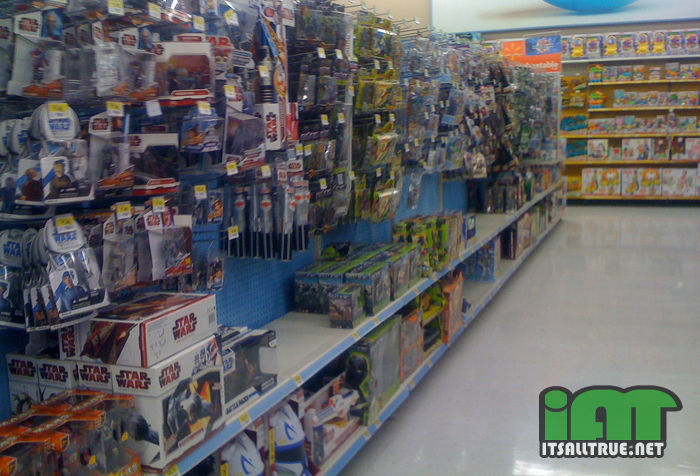 So here we have the reset toy aisle. The aisle starts off normally enough. Transformers led off, but were cut out of our picture. They were followed by Star Wars, and then Joes. After that, you have some knockoff Joes, and more than halfway down the aisle Mattel finally makes an appearance with Toy Story and WWE merchandise. For us comic fans, there’s a column of Marvel Universe set to plan at the very far end and a couple pegs of Infinite Heroes in the four feet of flex, but that’s ti. This Wal-Mart has lost the pegspace for DC Classics.

But, this Wal-Mart had a chunk of DC Classics a few days before though, so we hunt… 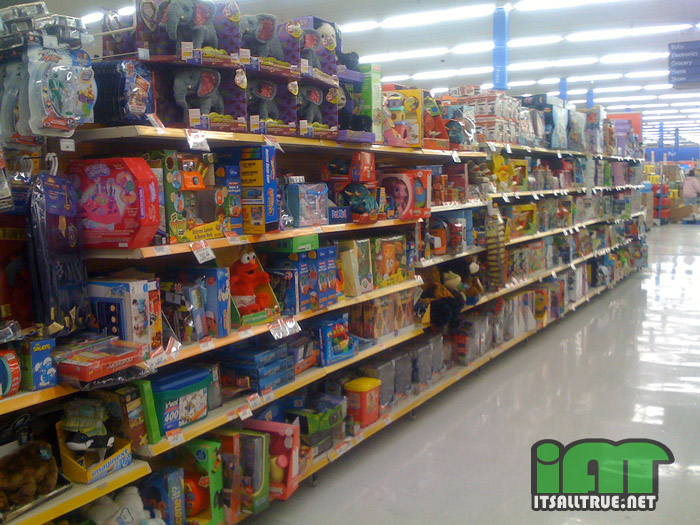 A few aisles down we find a clearance aisle. A clearance aisle is always a danger for us. There are a lot of toys we passed on over the year, but when they rear their head again at a lower price, our resolve is weak. In this particular aisle, we found a lot of clearance Transformers. I picked up an Animated Shockwave, but talked myself out of Blitzwing. We saw a bunch of half-price Fearswoop 2pks, and while a tiger-stripe jet with no head is cool, we were strong (this time). A dozen or so Masterpiece Skywarps lined the bottom shelves, but at $60 our wallets are safe for now on that front. Sadly, there were no clearance Legos, and still no sign of the DC Classics…

We moved on. This isn’t the only clearance aisle at this Wal-Mart. There’s usually one up near the cosmetics and pet food. But this year, that aisle isn’t set to clearance. Instead, there is a large sign enticing us to visit the garden section.

But in the garden section, we felt lied to. There were no clearance toys. There was… garden stuff. And a legion of Rubbermaid tubs. Aisle after aisle of Rubbermaid tubs. We’d show you a picture, but we get shaky around that much Rubbermaid, anyone would. We headed for the door, wondering what awaited us on the outside half of Lawn & Garden.

Outside, we looked left and there was nothing but an exit. We looked right and there were more “not toys”. In fact, we were getting seriously disappointed by the sheer amount of “not toys” we were finding. Plus, the DC Classics were still MIA. Vault suggested we head back into the store – that we might have missed a random clearance aisle. They’re in various locations at all of our Wal-Marts and surely this one could have been anywhere. But I was undaunted. There was more to this garden section. 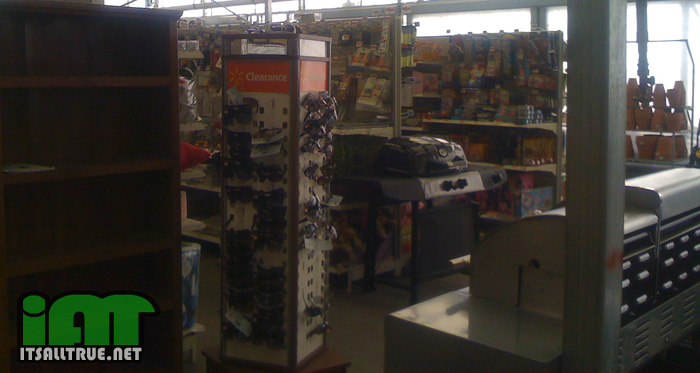 We poked our heads around the corner of the Wal-Mart, to the garden section beyond. It’s a segmented area that sits outside the south side of the building. A part of the store where surely no one but the true bargain hunters dare travelled. And eureka! Clearance toys!

Still, pickings were slim. It looked like the only score for that day would be an Animated Shockwave for myself and nothing for Vault. We all know, that’s how it goes sometimes on a toy run.

But we did solve one mystery. We located the DC Classics. They were here, scattered among clearance toys behind a blind corner in the garden section at the very far end of the Wal-Mart. Aisles and aisles away from the toy section. And the price? 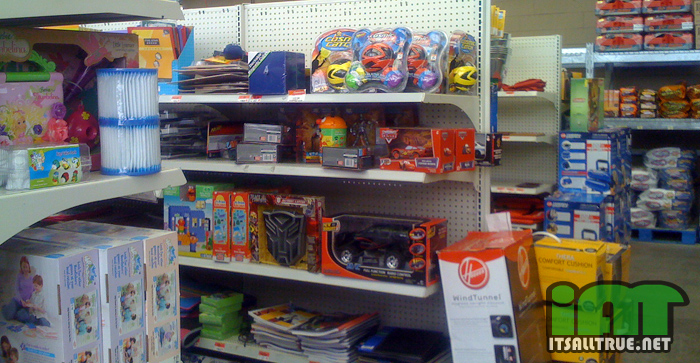 $14.97, of course. We cleaned up a bit, did some facing to figure out what was there. They were a Joker short of one complete Imperiex. There was one Man-Bat, one Robotman, a couple Foragers, three Sonic Arm Cyborgs, and more Power Girls than anyone will ever know what to do with. All tucked away in a far flung corner at full price. No, readers, this Wal-Mart won’t be doing us much good for DC Classics this year. Of course we’ll still hit up anyway. That’s what we do.

But there was one bright side to our discovery. There wasn’t a single Captain Cold in sight!