This is gonna be another go check out MWCToys post! There are a ton of images of the various DC Collectibles offerings on Michael’s page! I was most surprised by the Arkham Knight version of Professor Pyg! He’s from the game, but the figure looks faithful to his comic book appearance during Dick Grayson’s way-too-short Bat-stint. There are a lot of great TV-based figures. The Designer Series goes strong with some cool figures based on Bermejo & Capullo artwork. Bermejo’s Batman & Capullo’s Wonder Woman stuck out at me in particular, but what really got me were the New Frontier compatible, Darwyn Cooke figures, most notably a classic Supergirl with a great Krypto & Streaky!

The real story for me DC Collectible’s Batman Animated line though. You’ll have to scroll about halfway down the page to see the, but DCC is going where Kenner & Hasbro feared to tread with the latest wave. We’ve got Gordon! Zatanna! Ra’s as he actually appeared in the cartoon! Etrigan! And Klarion! (Still not sure if those last two ship together or not?). They all look great and this line has just completely won me over. I’m behind on reviews, but they’re so fun. Keep an eye out for an update to that checklist along with some new dates for the previously announced figures, until then continue to MWCToys for those great close-ups! 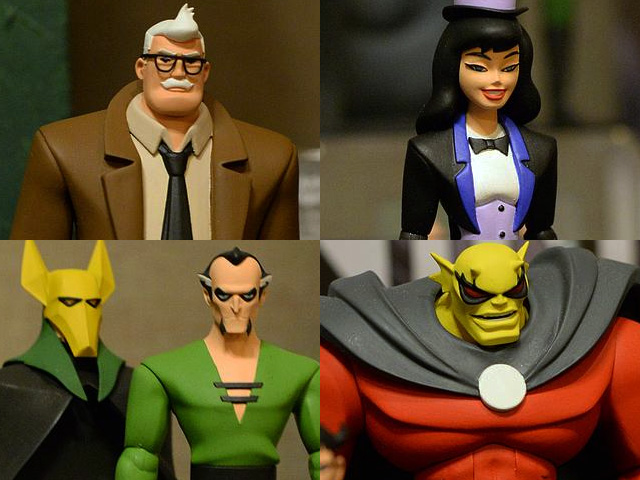