I don’t have a ton of pics for you on this one, I want you to hit up MWCToys for his great close-up shots, but I have to point out all the great sculpts the Four Horsemen took with them to SDCC! First up, you’ll see the latest from the Power Lords line! I’m personally happy to see this line is still going strong! While Series 2 has some great aliens based on Raygoth, I’m kinda bowled over by the updated Adam Power. I love the space suit. It’s only the best space suit figure I’ve ever seen. Series 2 is also slated to feature Sydot and some early Series 3 pics of Disguyzon round out the Power Lords reveals.

On the epic Mythic Legions side of things are a ton of test samples from the massive line. I can’t express my disappoint enough that I just didn’t have the cash to spare during their Kickstarter, even more so now seeing all these test samples. Its stunning work even in just the one color. Have fun scrolling through those images.

Also of note, is the rebranding of the Ravens line as “Mythic Legions – Birds”. We’d seen some of these before, and I’m not ornithologically inclined to be able to name everybody, but there are some more great bird sculpts using the Raven buck. I’m fond of the Blue Phoenix, the Blue Jay, & the Chicken this go round. Cool stuff! 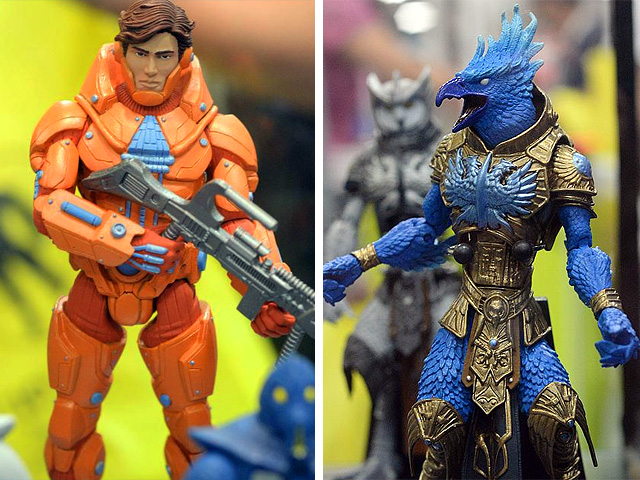 Continue to MWCToys for those great close-ups!