In 1984, Kenner began to release the next on their extremely popular action figure lines, the DC Super Powers Collection! This line included heroes such as Batman, Superman, Wonder Woman and many, many more. Gentle Giant Ltd. is proud to announce the Wonder Woman Jumbo Figure as the first of this stunning line of retro figures. 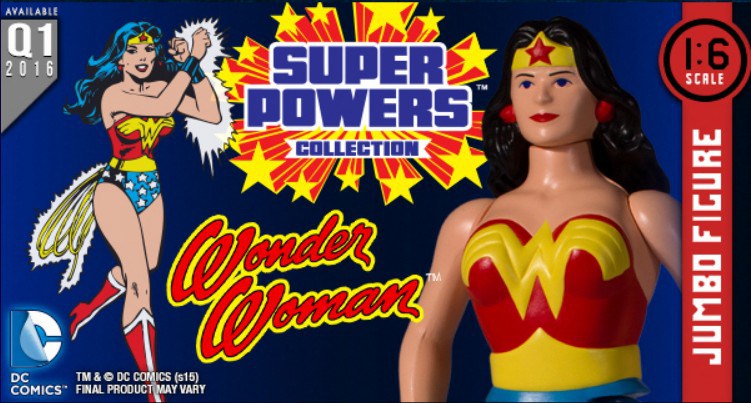 This Wonder Woman Jumbo figure was developed using state of the art 3D technology. Gentle Giant Ltd. has taken the original DC Super Powers Wonder Woman and created a highly accurate digital model with the use of 3D scanners. This digital model was then scaled to 12 inches tall, and then printed using top of the line 3D Systems printers. These pieces are then used in manufacturing to produce extremely accurate, scaled replicas. The DC Super Powers Collection Jumbo Figures from Gentle Giant Ltd. will be made from high quality vinyl, and some ABS plastic parts. Many of the figures will also include fabric capes and accessories. Finally, these incredible figures will feature retro art packaging, and come in a protective re-sealable blister pack. Pre-Order Wonder Woman at Gentle Giant’s site.. 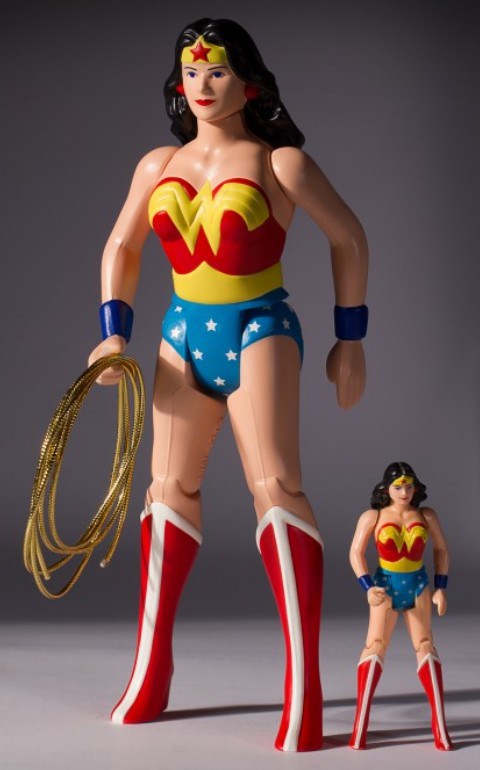 In the fall of 1992, a new animated series debuted from Warner Bros. Animation on weekday afternoons. It would go on to leave a lasting impact on one of DC’s most enduring franchises. Gentle Giant Ltd. celebrates this much loved television show with our Jumbo Batman: The Animated Series Joker figure. 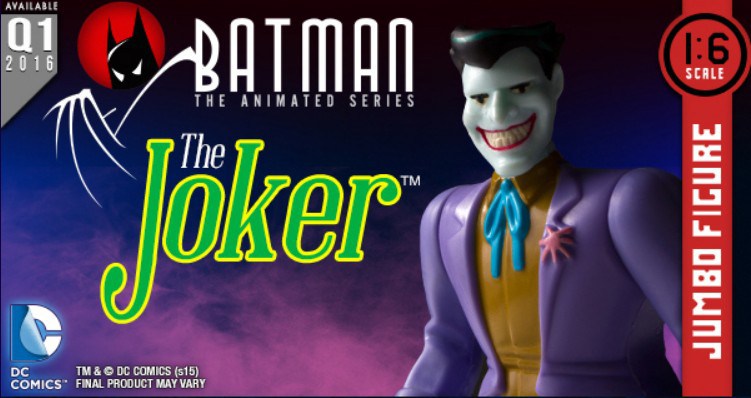 Based on digital scans of the original 1993 Kenner 5” action figure, this Jumbo figure stands 12” tall in 1/6 scale. Every detail is meticulously re-created from the original figure, capturing perfectly the design aesthetic and tone of the series embodied in the Clown Prince of Crime! Re-live a part of Batman history and afternoon nostalgia with Gentle Giant Ltd.’s Jumbo Batman: The Animated Series figure. Pre-Order Joker at Gentle Giant’s site..