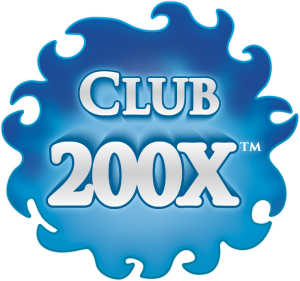 Friends! A long awaited day has finally arrived!! I think we’d all heard the rumors of the 2015 mini-sub being based on the MO2K (I still don’t like to call it 200x) series! I have nominated, whined, and downright bugged the folks at Mattel for a handful of figures and among them is the blink-and-you’ll-miss-him Calix. I have no idea what his back story will be and I don’t care. There was just something about the big rocky Horde member turned to gravel that struck a chord with me. And now we have our chance to pick him up with Club… Club 200x!

In our post-ToyGuru-MOTUWorld, the word that might best sum everything up is low-key. I got up extra early this morning to be ready for the news, reveals, hints, teases, what-have-you, coming from the Mattel presentation, but what seemed to happen was hardly an event. The MO2k Sub wasn’t really even announced so much as there was just a poster in the room talking about it. Weird times, folks.

While I’m ecstatic about what we did see, four or five pictures pretty much sum it up. The MO2K sub, or Club 200x, will be on sale from 2/23 to 3/23 and feature six figures with a subscription exclusive head pack. Of the six, three have been revealed: Ceratus (Whiplash’s brother), the aforementioned Calix, & Evilseed! Also revealed was a MO2K head pack featuring MO2K heads for Buzz-Off, Clawful, Snout Spout, Roboto, & Sy-Klone! I think it’s a cool thing, but I kinda need Matty to offer up some of those guys again (and they won’t/can’t) to make it worthwhile. The aftermarket prices on many of those are more than I care to pay to use the head. Except for Clawful, of course, that sucker is going straight on my figure. Mattel provided three press pics and poor Calix got a really badly shopped one:

Mattel didn’t provide press pics for the head-pack, but you can see them and much better pics of everyone but Ceratus in both ToyArk Mattel Showroom Gallery.

Club Eternia subscribers weren’t without reveals, POP favorite Peekablue and NA Fan’s Choice Winner Mara were on-hand. No press pics were provided, but they were in the showroom (Via ToyArk). Mattel did post a video of Brandon Sopinsky introducing the figures on YouTube: 0

Finally, Mattel’s Giant line got two additional reveals: Zodac & Man-At-Arms! Mattel didn’t mention them in their press release, but you can see them in the showroom as well!

And… that’s kind of it? I feel good about what we saw, but I feel like I’m going to be thirsty for more MOTU until SDCC! The one upside is the Checklist was super easy to update!!