It’s that time of year again to grab a cup of hot chocolate, throw on your favorite Snuggie, toss a log in the fireplace and play with tiny little alien action figures. Yep, the Galactic Holiday Outer Space Men are making a return to your galaxy for the holidays and this time they’re even more special than ever before! As you can see from the photos below, these are no average Outer Space Men figures. Each one of these was hand customized by fan favorite action figure creator and customizer, Ni of NiStuff! Because they’re all hand painted, each one will feature a slightly different look but all will be fairly representative of the colors and styles shown below. Also, because each little figure is hand customized, they’re going to be lightly more expensive than previous Galactic Holiday OSM releases. There are two different tiers of NiStuff customized figures and the details of each are listed below…

This incredible set includes the following figures – Colossus Rex, Gamma-X, Jack Asteroid, Terra Firma, Horrorscope and Ohpromatem. Each are hand painted and customized in Ni’s own unique and popular style, come with either vac-metalized (chrome) gold or silver character specific accessories randomly packed and are available individually or as a full set. the ABS accessories shown in the images are not the final product, and a couple of the ABS parts are missing from these photos. We currently have 20 of each figure in stock. If orders come in over those initial 20 pieces, they will be considered pre-orders and we can create those to order.

These six rare & highly detailed figures will be only sold individually and each features an amazing multiple application custom paint job by NiStuff! We currently only have one of each of these figures in stock but we will make more to order, and those will be considered pre-orders. Each figure will also come with two sets of their own character specific accessories done in both clear blue and in either vac-metalized gold or silver (your choice). 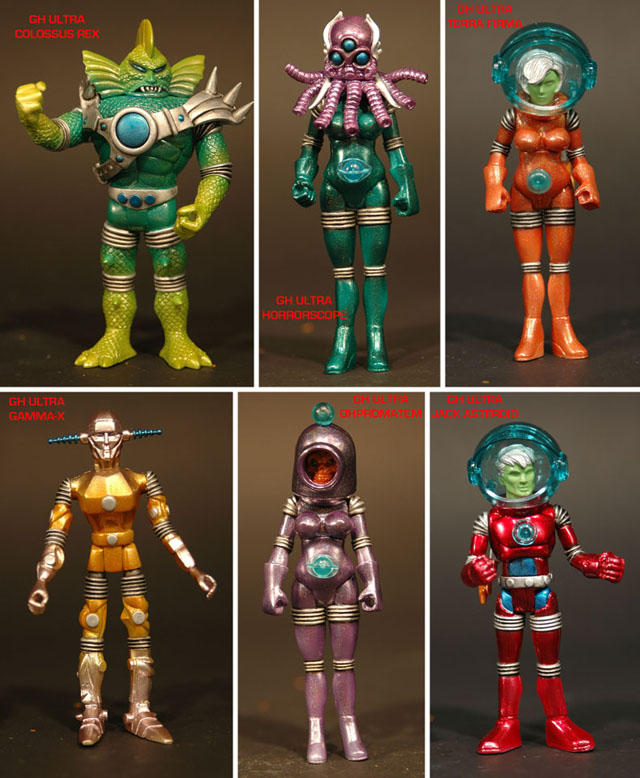