The rest of the body is what we’ve come to expect from NECA. The articulation is fantastic with ball-joints at the neck, shoulders, elbows, wrists, hips, and ankles, swivels at the thighs and waist, and double-hinged knees. Like any of the upgraded Preds, this guy can get down. I’d still like to see bicep swivels of course (I say this every time they aren’t there, so everyone knows that was coming) and I kinda wonder if the Preds could use some torso articulation? It may be cost prohibitive, I assume it is, but it would make the figures a little more fun. 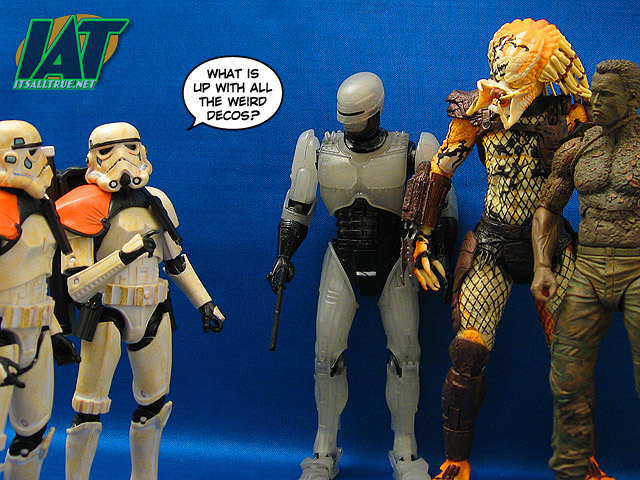 They are articulated well though, so that’s more an ideal than a complaint. The paint is similarly well done overall. The orange and copper play well off one another and sharp lines between them really help the figure to stand out. Some of the netting may not be exactly on, but I’m not going to complain about that one bit. The hands could be a little cleaner, but the only slop that tested me was an extra black dot under the left eye. I’ll be removing that now that I’ve got the review & pics done though. The precision of the eyes, gums, & teeth make the slop feel like a small acceptable amount to be sure. 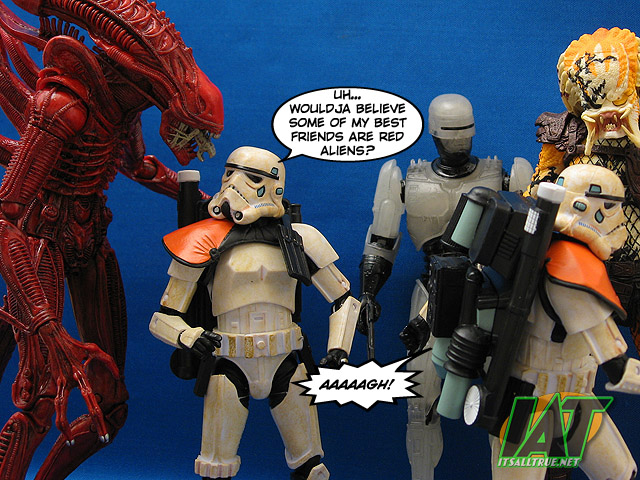 Sculpt, paint, articulation, all great. I’m sold on this figure. He has faced some criticism for being $25 (plus shipping), but I just don’t see it. I do agree the value could be a little higher? An accessory would make me feel better, but the lack of accessories was coyly mentioned in the bio as this particular Predator having a penchant for being hands on. He may not have any new tooling, but he’s a complicated piece with plenty of deco and lots of small parts and he’s not that much more than the ones I’m picking up at retail. Maybe with shipping included, but you either count that or you don’t. I never do.*

* – I shouldn’t say never. FAST shipping is its own value. I am discouraged by expensive, slow shipping. If Vault ever stops going in with me on the Mattel subs, that would be a small crisis. Since we’re talking speed, NECA had this Predator to me pretty quick. I’ve forgotten exactly how quick, but it was fast enough for me to notice. 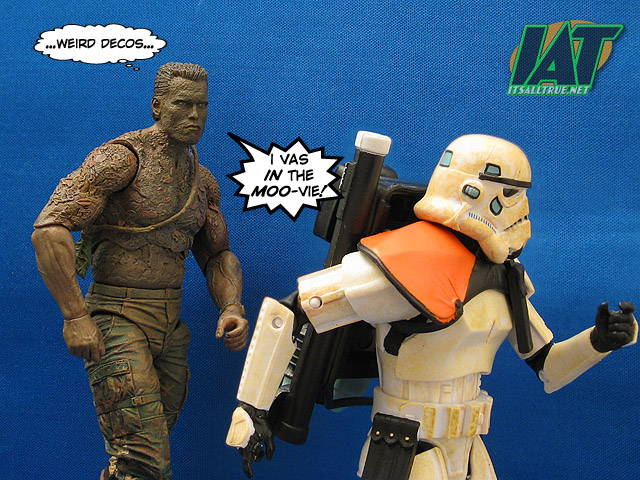 Overall, if you love Predators, or if you love crazy-colored toys, you’ve probably got a friend in this guy. He’ll look great if you have Big Red (note to self, also pick up a DCD Justice Batman…) and I bet he’s going to fit in fantastic with the Kenner Predators. I still don’t know how deep I want/need to be in this line. I’m a… casual Predator fan. I was happy having Jungle & Hunter. I’ve been slow to adopt a Big Red. I know I didn’t really want any of the Lost Tribe (though some are cool). And there’s those Kenner Preds. They’re crazy cool. Time, and future reviews, will tell the tale. 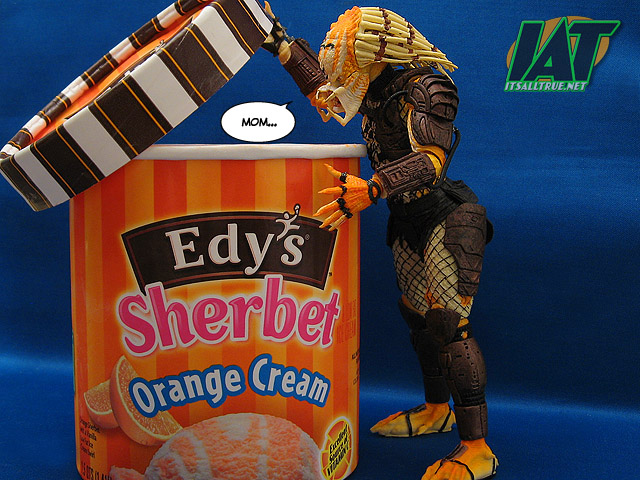 For all our Reviews, check out our
Review Index!