There are things you have to think about when you toy blog. I’m in a rush tonight. I’ve got a special project at work that is soaking up all my free time, so you need something quick! Transformers are out there. Those take forever! Nite-Owl? Fire? I’m still not really in the mood for a DC toy review. A G.I. Joe? How many supporting cast members would I have to haul out? I was striking and then something caught my eye across the room. It was perfect! NECA’s Albino Predator.

I’ve been really late getting into NECA’s Predator line. I have an aversion to v-crotches, so I didn’t pay much head to the earlier releases and then wasn’t paying attention when the articulation was drastically upgraded. I don’t need every figure – I bought a City & Jungle Hunter to cover my bases, but one that stood out to me was Big Red. I’ve never actually seen one in person, so I’m still without. (I just need to wallet up and snag one online). 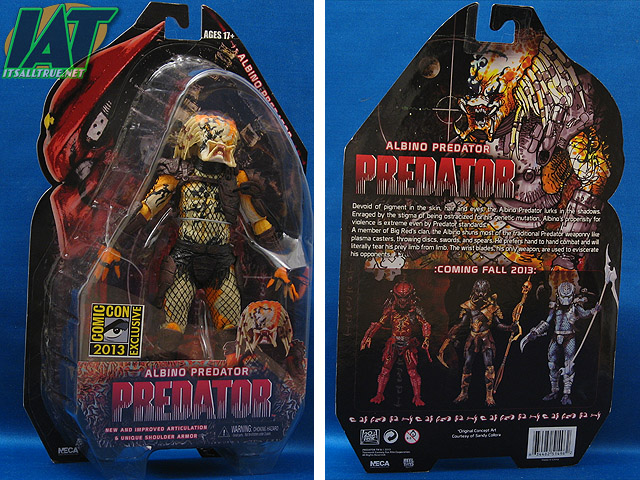 I bring up Big Red because he debuted in the 2003 “fan film” Dead End. It was kind of a big deal. For one, we have to call it a “fan film” on a technicality. It was well-done, particularly the costume design. Big Red only appears for a brief glimpse, but he’s damn toyetic, something NECA would approve a decade later. The Albino Predator also hails from Dead End (along with the Wasp Predator who will be available in an upcoming assortment). Now, I may not have picked up Big Red in a timely manner, but I didn’t want to let the Albino Predator, an SDCC exclusive, slip through my hands. 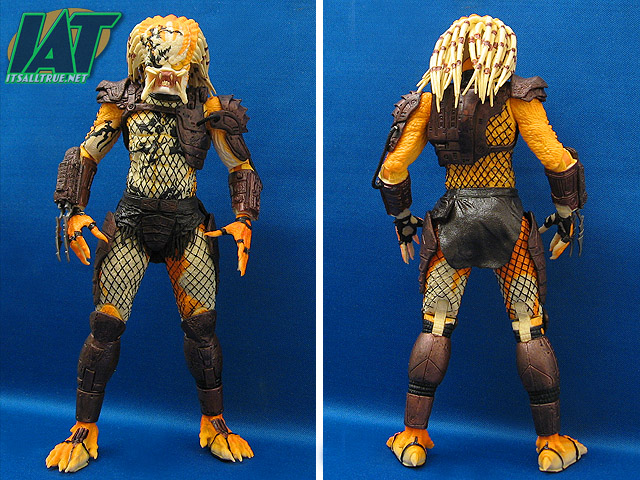 And, yeah, if you read the blog regularly, you know I’m a sucker for a strange, fun deco. And I’ll tell ya, creamsicle really does it for me! So I snagged the Albino Predator when he was available online at NECA’s store shortly after comic-con.


The Albino Predator is pretty much a straight-up repaint of the Jungle Hunter (as was Big Red), but unlike the others he doesn’t sport any add-on material to differentiate his costume. I was disappointed by that at first, but truthfully he doesn’t really need it. Looking at the Jungle Hunter & Albino next to each other, they don’t really even give off a repaint vibe. The high level of detail on the original sculpt and the deco changes are distracting… or clever enough that they feel like separate figures. 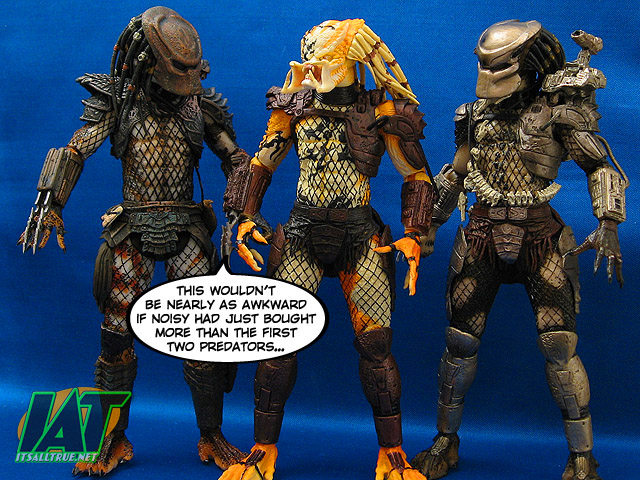 Of course part of that may be because I don’t have an unmasked Jungle Hunter. In fact, Albino is my first unmasked Predator from NECA. I’ve tended to stick with those because, well the unmasked toy is one, uh… well, an ugly y’know. But for Albino, this is absolutely the way to do him. The unique details on his face simply demand to be shown and the figure looks better for going unmasked (even though that’s not how he appeared in his brief scene). 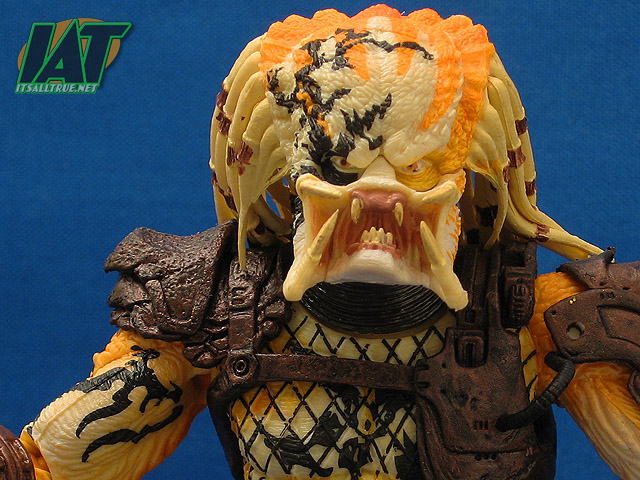 Even though it’s not my fave, the open jaw does look really sharp. Unfortunately, it does have a slight gap between it and the upper portion of the face. I’m not sure if I want to try and go in there and remove/replace it, but it does bother me a bit, so I may. On the flipside, my favorite part of the head is the white dreads. I don’t know why, but they amuse me so. And they’ll definitely keep the Albino Pred notable on the shelf after the shock of his bring orange has long since wore off (or blended in with some crazy Kenner color schemes). Continue to Page 2…