Mattel announced their DCUC/CIE exclusive for SDCC this year and… I honestly think I liked last year’s nothing better. I try not go negative here at IAT, but this one just bugs me. I almost don’t want to post it. It’s got dumb Mattel, Geoff Johns, new 52, and bad design all wrapped up in one.

A few weeks ago, Toy Guru confirmed there would indeed be a DC-based SDCC exclusive. I was particularly happy to hear it. There are still hundreds of DC Characters I want as action figures and I’ll take every opportunity I can to get one. Having to go without last year was a big downer even with so many great figures coming via subscription.

Looking back, I realize now that there was always the possibility that the DC Exclusive would be a “retail” item, meaning that it could always have been a figure based on any number of bad nu52 redesigns. But you want to think good thoughts, you want to want the SDCC exclusives. They’re supposed to be cool. 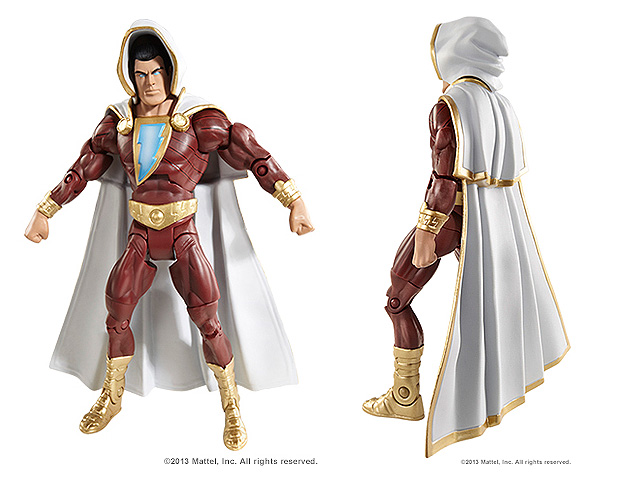 This year though, not so much. The exclusive figure is the New 52 Shazam. Like most of the New 52 designs, it has some appeal as a good-looking figure (except for the oversized, ridiculous-looking, and thankfully removable hood), but it also serves as a reminder of why I don’t really read comics anymore (Thanks, DC!). That New 52 Hawkman is a sweet 4H figure, but just no. Just no. I tell myself that every time I see it warming the pegs at TRU.

I think the real thing that has me down on this piece though is that Mattel is trying to release this under the Club Infinite Earths / Signature Collection banner. I seriously hope there isn’t a completist out there who feels the need to pick this thing up just because of the name on the box. It is not a Club IE figure. It is not a Signature Collection figure. Similar to the GL Movie Master G’hu, it’s a figure out of place, essentially mislabeled on the packaging. It’s a figure that should be warming pegs alongside Hawkman, but instead is getting overemphasized in a fancy box. 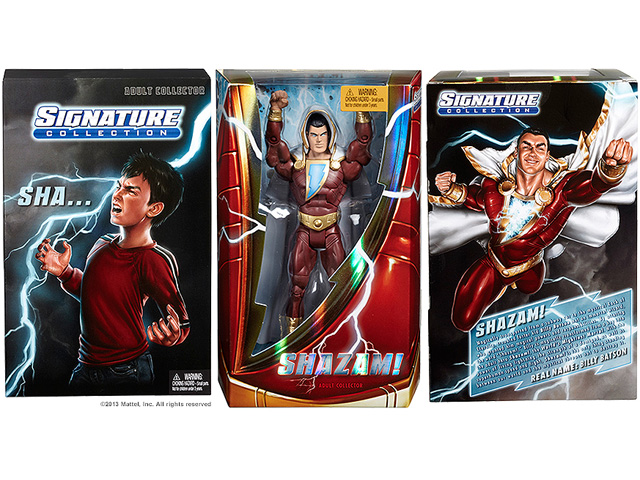 To me, the Signature Collection is kind of a safe haven for like-minded fans of the old universe. A way to get figures we want, figures based on the license we enjoy and not the thing it turned into. And one of the things that we care about when we subscribe is that we’re not going to have to buy New 52 figures. We want, at least, that one assurance. Heck, it’s the only one that I want. I’m game for anyone from Cosmo, the Phantom of Disguise to Anna Fortune. I’m really that easy… and Mattel still can’t get me.

Luckily, Shazam here isn’t in the sub. I don’t have to buy him. No one does. But when we’re all talking about the sub this summer? When we’re all bitching & moaning over that little thermometer? We can’t say there will be no New 52 figures in the Signature line because now there is one. Whether it be Toy Guru, the retail team, Mattel execs, or the DC execs that pushed for this, it just feels like they shot themselves in the foot for Club IE 2014. Which, I know, you’re all going to tell me wasn’t going to happen anyway.