I’m a little behind on 7th Market releases lately, but I was overjoyed when a box arrived from Spy Monkey Creations last week! Inside was their newest release (Dropping today), Bloodlust Umbreus! I liked him before, but SMC is speaking to me with a slick black & red color scheme & vac metal parts!

Last year, Spy Monkey Creations made the huge leap from making accessories to action figures with Weaponeers of Monkaa. The first round of toys won me over with their chunky look and a litany of 80s homages throughout the figures. I’ve been curious to see what new colors the Weaponeers would be available in next and I was happy to rip open the SMC box and find a sweet black & red colorway. 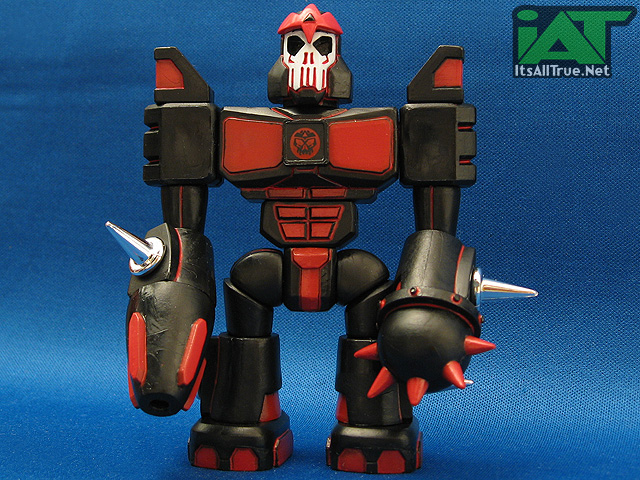 SMC may have discussed or debuted the figures before the package arrived, but I was out-of-town and blissfully unaware. And let me tell you, there’s a charm in first seeing a toy in person that you just can’t quite explain. It happens rarely these days, but it’s always a treat.

The figure comes sold & packaged as Umbreus, the Evil Overlord of the Vilhain. In the time since we’ve seen him last, he’s gotten himself into a bit of a pickle, but it seems to have worked out alright. In his never-ending conquest to control Monkaa, he attempted to draw upon a new source of power – but it consumed him. He’s reborn in this swanky black & red motif and more powerful than ever before. I also happen to think he looks even better than before. There’s something classic about his old purple & green deco of course, but the white face here plays up the skull motif and the black & red conveys “badass” pretty well. 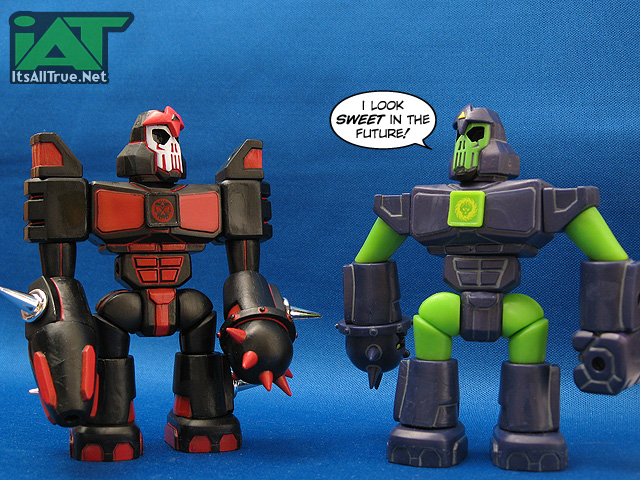 Since he’s a Monkaa figure, you’re not getting just Umbreus though. The figure also includes all the interchangeable heads/hands to make Palidar, Empyreus, Brutok, and the armybuilder, Gohlem. Each features a great new color scheme, but I’ve found that I’d like to keep this build as Umbreus. That’s just one reason that these independent lines like Glyos & Monkaa are so fun – you can choose to keep a figure in his basic look or make up your own figure. You’ll notice in the pics that my original Monkaa figures have undergone some modification. That’s how they hang out on my shelves. 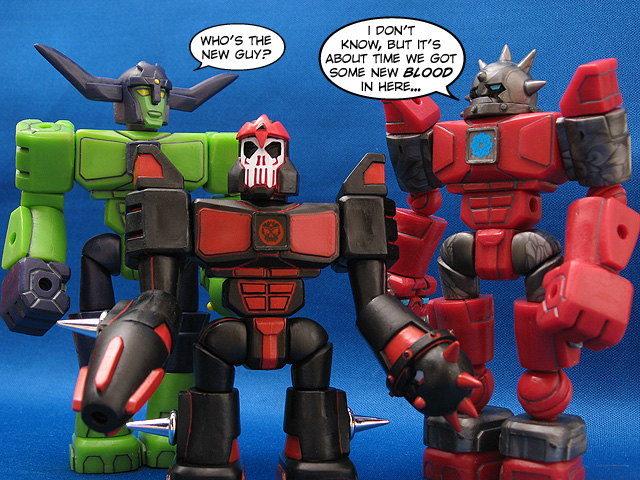 That ability to modify does come in handy with these figures too. While I love Monkaa for bringing Glyos interchangeability more in line with traditional action figures, I just wish they were a little taller. Again, the good news is, I can just make ‘em taller. For this review, I cannibalized my heroic Brutok build, but I’ll be picking up some spare figures to get the pieces I need to add the height to my growing Monkaa collection when the new figures drop today. Continue to Page 2…