Before I start this review, I should point out that I… uh,never got around to seeing Amazing Spider-Man. July was kind of a blur, the whole summer has been really, and it ended up falling through the cracks. Heck, I didn’t even know 6” toys were planned when I found them at the store.

A large part of the reason I wasn’t expecting there to be 6” Amazing Spider-Man toys is also because of the timing. The movie came out over two months ago and that’s a bit of a gap between film & figures. It is kinda par for the course as Hasbro seems to be a little off in regards to their 6” movie offerings though. So many of the figures hit well after the fact and we can never seemingly get to much needed “Series 2” for any of the films. 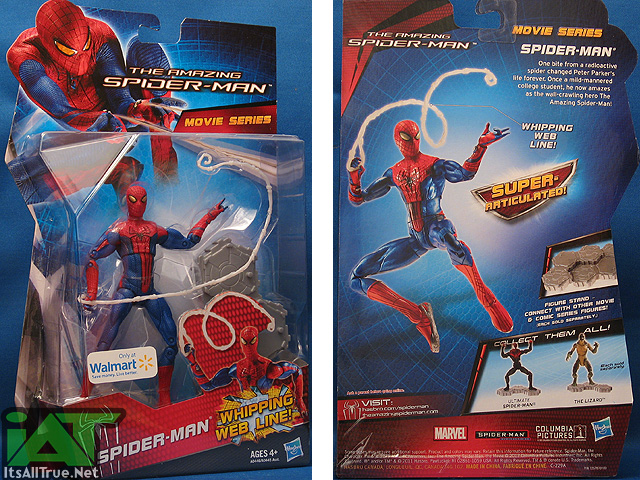 So between Hasbro’s odd timing and my own crazy summer, I had no idea there was even going to be Studio Series figures for Amazing Spider-Man until I stumbled across them in my local SW Missouri Walmart. I found all three figures: Movie Spidey, the new Ultimate Spidey, and the Movie Lizard. The Lizard has some potential – he looks huge in the package (and he is, check this pic from reader FakeEyes22) and he’s got a fun feature – reptile sidekicks! The package points it out twice and there’s even a reptile sidekick printed on the top right corner of his card to help him stand out. But alas… I kept my $16.47 and am currently Lizardless. 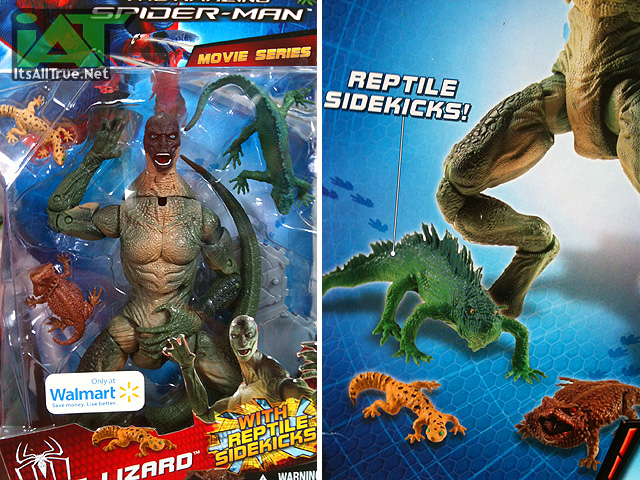 I also left Miles Morales behind too. It’s mainly because none of the six I found so far had good paint jobs, but also because of this size. Hasbro did use the Tarantula body so he’s smaller, but he’s not 12 year-old kid small. I’m not sure if I ‘need’ that figure or not. I do like the costume and the character… 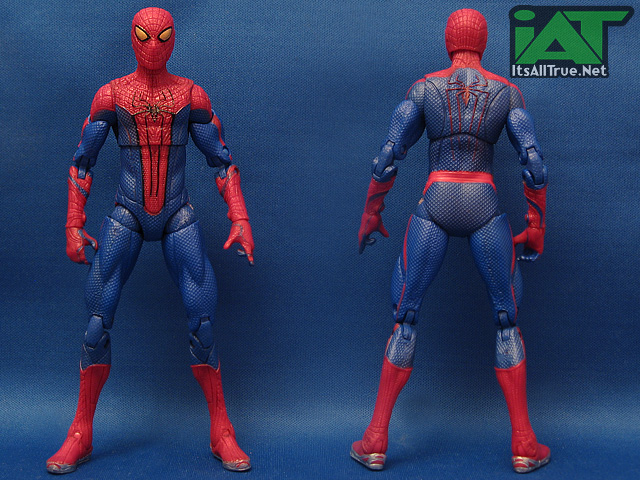 So anyway, I did buy one – the Movie Spider-Man. I didn’t really need this figure either, but I got the inclination that he’d look cool hanging out with my Avengers figures. I was right (though shame on me for not throwing War Machine into the shot!) 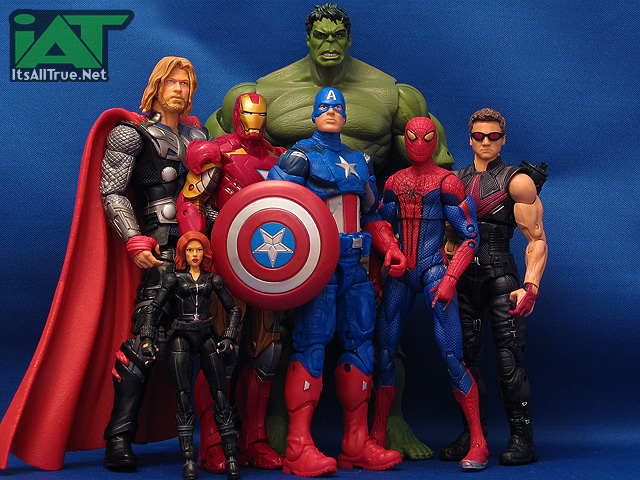 While scale in the Hasbro movie line is a little off, I find that it works for the most part. I don’t need Hulk any bigger, I don’t mind Thor “god-sized”, etc. (though I hate that Loki isn’t as tall on Thor). Spider-Man fits right into that being good-sized, but a little shorter and leaner than Hawkeye. This actually has me excited for the prospect of more movie figures, should Hasbro ever get to a second assortment of anything or should they work them into future Marvel Legends assortments (with stands, not BAF pieces, of course!). 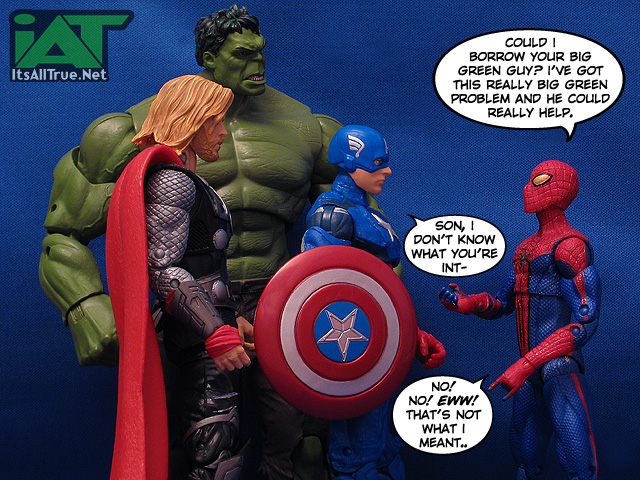 The sculpt itself, like the Avengers figures is really top notch. There was no likeness to catch here, but the detail on the suit is great throughout. Judging from the pics, it seems to have captured the movie costume nicely, the only deviation being a necessary one to the hips. The only thing I don’t like on the sculpt is where it blocks the hip articulation. I’m not sure if I should blame the lower torso being too wide or the height of the hip swivels, but I’d like him better if I could close his stance up a bit. Continue to Page 2…