For Joe reviews, can you believe I’m still working off the case of GI Joes my wife bought me for Christmas? If that’s not a sign I need to do more Joe reviews, I don’t know what is! Today, I’ve got a quick review of a Renegades Joe, but I don’t consider him one really. Law & Order is more a smart, modern update.

You’re going to see some pictures of not great figures like Tomax & Xamot in this review. They remind me how far Hasbro has come with G.I. Joe over the last five years. At the time, those figures were decent updates to the classic figures, particularly because I never had them (finally! Tomax! Xamot!). Back in 2007, I was happy the classic costumes were being updated. By 2011, I had come to really appreciate the modernized Joes much more. I’m not knocking the old costumes, I still love the more colorful 30th Anniversary figures like Lifeline & Sci-Fi, but the figures have gotten so much better since 2007 and a lot of the best figures are the modernized ones so… yeah, the more muted Joes have won me over. 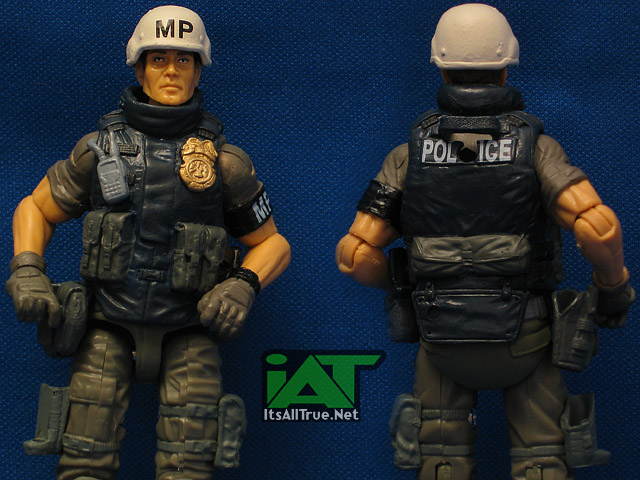 Law here is one such Joe. Now, Law is based on his appearance in G.I. Joe Renegades. It’s an episode I haven’t seen, but the figure appears to be pretty faithful to the cartoon, except for one major thing – it doesn’t’ feature an animated design in anyway, opting for the more realistic depiction the toys usually carry. This is similar to what I wish Mattel would’ve done with Young Justice or Public Enemies in their DC line: make the characters, but leave the animated look on the cutting room floor. 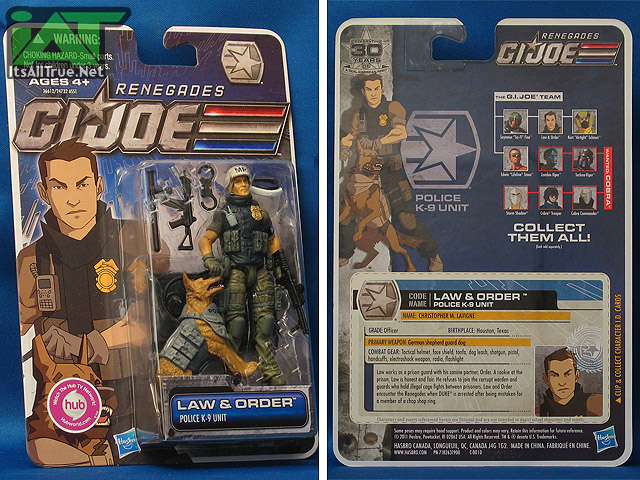 As such, Law looks amazing. While he doesn’t possess the basic look of his classic figure (via YoJoe), it doesn’t even register to me. The vibe I get from Law is that he’s much older. He was a new recruit, a Rawhide, in the 1987 film and, thanks largely to the head sculpt, this version seems like he’s a veteran now, having been running Joe prisons for more than a few years. The classic Law figure was sculpted with the face of a Hasbro executive, Kirk Bozigian. It would be cool if this older head sculpt for Law was styled after him again. 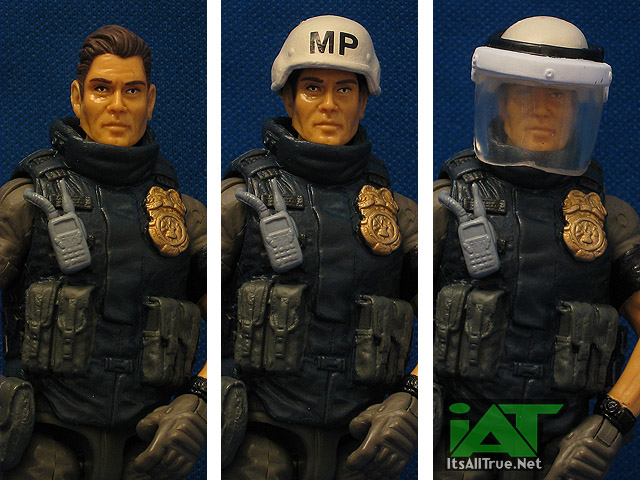 The figure is somewhat of a kitbash. I think all that’s new to the basic figure is that aforementioned awesome head sculpt and maybe the upper arms. He’s also kitbashed from some great base figures, so there’s great articulation throughout including ball-joints at the neck, shoulders, elbows, wrists, hips, and ankles , double-hinged knees, and the ab ball-joint. He moves really well even after you add all the extra bulk to him.

And the bulk is where this figure shines. While the basic sculpt is assembled from other figures, it’s the gear that really gives Law his unique look. Continue to Page 2…