Day 4 of Guest Review Week brings us to a site that knows how to have fun with action figures. ZedsJoeSite.com features some great reviews, but the real gem of Zed’s site is the ongoing toy webcomic, Scale Wars. Today, Zed’s taking a look at the new ultra-poseable Amazing Spider-Man. 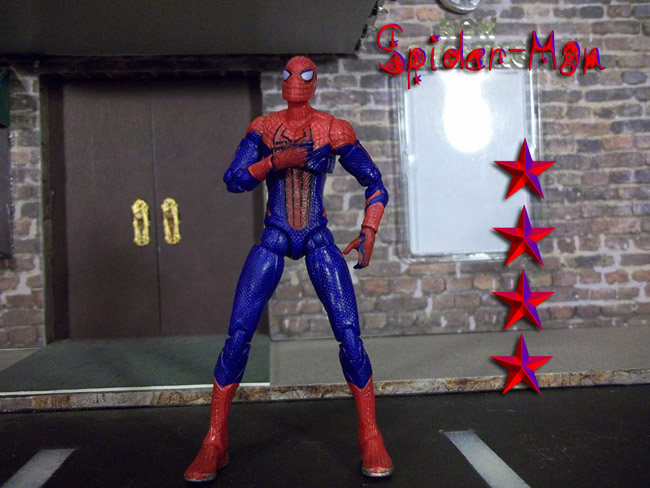 Yes, it’s inevitable that anytime Spider-Man is in the spotlight that the old theme music comes up. So once again we are treated to a new Spider-Man movie and how is it? How could I know? Seriously the previews kind of leave me with mixed messages so I am just going to wait until the movie hits video to rent it. And what does that have to do with a review of the new Ultra-poseable Spider-Man from the movie, absolutely nothing at all. Still it bears mentioning that Spidey is now based on his look in the new film which is something that can affect the overall figure. 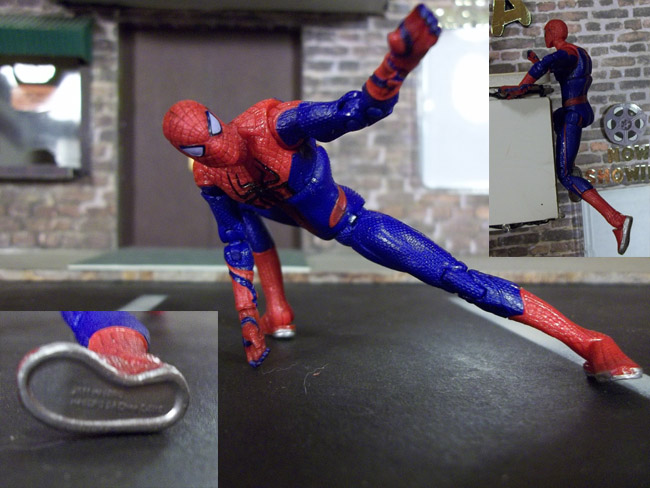 So how is the look, not terrible but also not fantastic (no pun intended to the Fantastic Four). As such I have to knock the fig on the design level. Again it’s not bad but also seems like a metric ton of change for changes sake rather than a new take on the Spider-Man look (as I think the movie makers want us to believe). 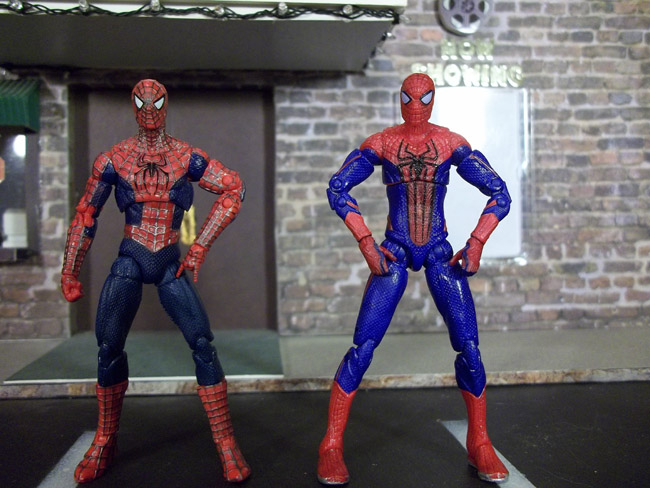 For pure articulation the figure is pure win though. He really can get into some awesome poses and stances. I was shocked to discover that the figure had no peg holes for stands. I know the new Joe figures have peg holes that don’t seem to want to fit into the standard ME pegs (why this change was made is something of a mystery though) but having none whatsoever is a bit of a shock to say the least. The figure is a pretty stable and with some work can reach some poses that most figures its size have difficulty getting into. However this does lead to one of the big gripes of this design, the way the shoes look. Maybe it’s more realistic but I just like the red being part of the boot, maybe it’s just me. 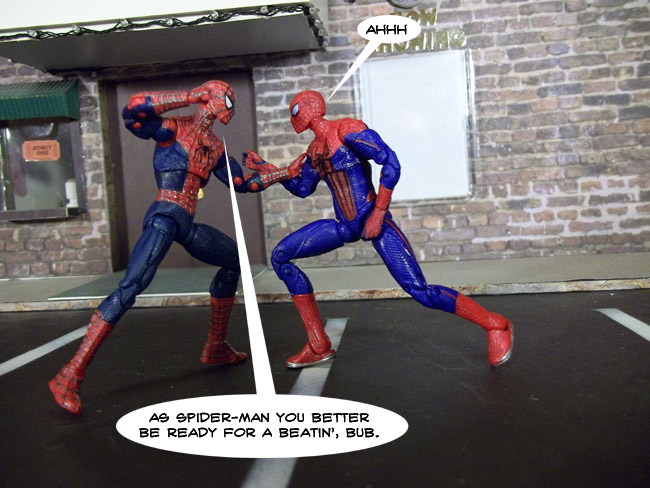 However a comparison must be made. The SDCC Sam Raimi movie Spider-Man from a few years ago is closer to a more traditional Spider-Man look (as he was designed in the film). As far as articulation goes the only real addition to the figure is the rocker ankles (and the calf swivels from the SDCC version are not present). In addition there is not the web slinging hand that is there on the SDCC Spidey. I would have to give much higher praise to the SDCC version for those reasons. The 2012 version is a reasonable substitute for a super poseable Spider-man, but nowhere near as cool as the SDCC one. Also the SDCC Spidey seems to use many design aspects to kind of hide some of the points of articulation where as the 2012 figure seems to not worry about it. 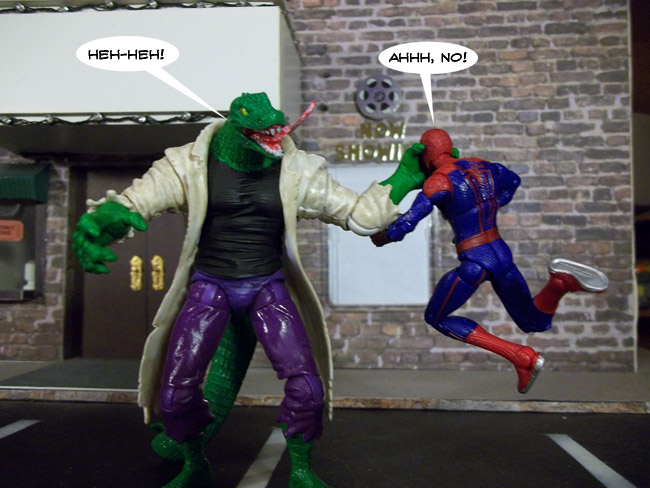 The 2012 Spider-Man is lankier than the SDCC version as well. The thinness of the 2012 does somewhat stretch the limits of believability. While the SDCC version is a bit more bulky he also seems more reasonable to be someone with the proportionate strength of a spider. Continue to Page 2…