My main issue with the Hydra is the different plastics the moving parts of the plane are molded in. The softer plastic for the retractable wing tips and tail is noticeably darker than the rest of the plane. The cockpit cover is molded clear and painted to match. From some angles it can almost fool you, but it’s generally always lighter than the rest of the plane. The plane looks more uniform in person, the camera is always better than the naked eye at discerning the different materials after all, but it’s still not close enough that you don’t wish Hasbro got a little closer to matching the colors. 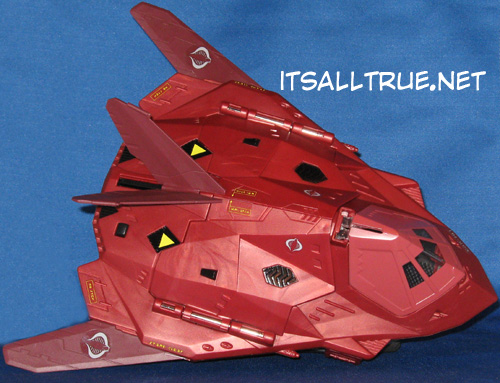 Putting aside the different colors of plastic, the plane is left to its paint apps and stickers to finish off the look. First, I should say that I didn’t apply all the stickers. There were four “M.A.R.S. Industries” stickers that I skipped to keep it a Cobra plane. The best stickers were the ones that created displays in both cockpits and the silver Cobra logos that mixed well with the crimson plane. I was happy to see the “No Step” stickers because I’m strange like that (I was very happy watching and spotting the stickers on the Joe logo as the credits rolled on the movie. The rest of the gang will tell you, I shouted out “No Step” in the theatre when I finally saw my favorite sticker). I was a little put off by the strange font used for the text-based stickers. You can make out what they all are, but some of the letters wouldn’t be clear by themselves. 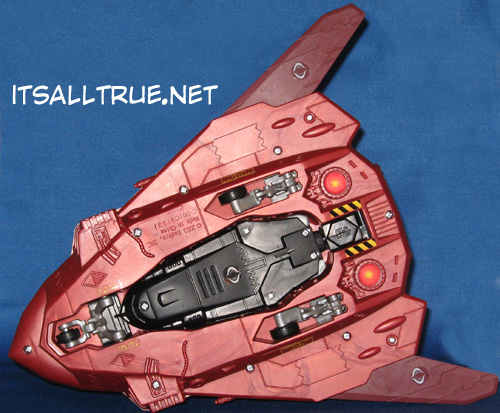 I wish there’d been more paint. At first glance, you can quickly see the four gun turrets that should be painted. For the most part, the solid red mold does its job though and the plane looks sharp despite the few spots that could have used some more color. But it all falls apart when you open the top of the plane. There is a ton of molded detail in there: hoses, panels, cables, wires, and hydraulics. All left unpainted. When I have some time, I’m going to have to take some silver and black paint in there finish up where Hasbro left off. Sadly, if the plane didn’t strangely open, it wouldn’t be an issue.

Overall, I know I made the right decision picking up this particular vehicle. I like the F-117 design being used as the base. I might take some paint to it to get up it to par, but for a repaint from the SpyTroops era, it’s not bad at all. I’ve got a Tiger Rat that’s suspended from the ceiling over my Joes and that’s the future for the Crimson Hydra too. 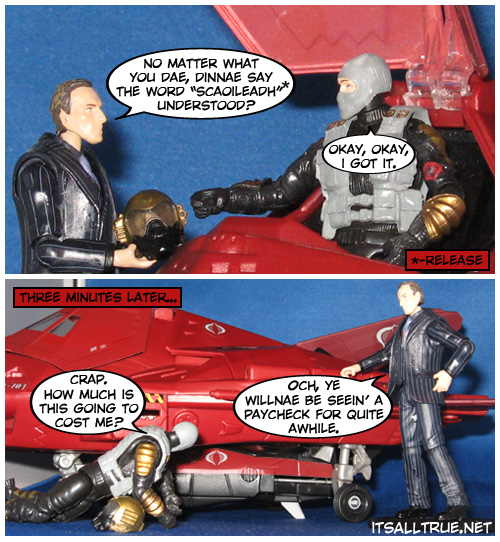