Can you believe that we still have a few unreviewed Transformers left even after Transformers Week? I know! It’s crazy! Today, I’ve got a quick look at Dirge & Thrust. They are actually Noisy’s toys, but he’s off this week and I’m running low on things to review, so this Seeker’s review is all mine!

This is going to be a difficult review. It’s not because they aren’t my toys. I really don’t mind that at all. It’s because I don’t know what to say about the Seekers that hasn’t been said in the last twenty years. These jets have been remolded and repainted so many times that they’ve become Hasbro’s version of The Corps. And like The Corps, it seems that every toy collector has possessed at least one Seeker in their collection at some point in time. 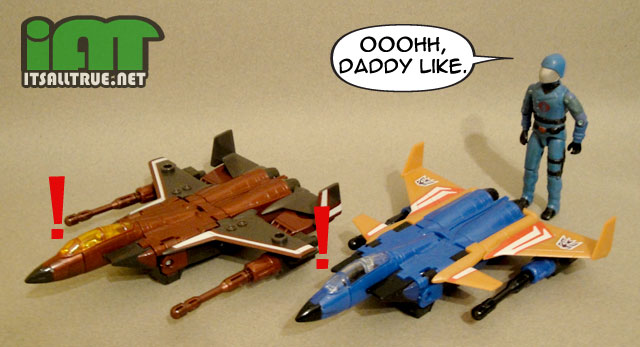 Even though their sculpts are basically the same, I really do appreciate the tiny differences that go into making them still look unique. Namely the size and shapes of their wings. While Dirge’s larger wings are on the back, I think I prefer the more classic look of Thrust’s larger wings being up front. Something else that makes me a bit happier with Thrust are his vertical thrusters. I guess they’re technically accessories since they can be placed on either the tops or bottoms of his front or rear wings. 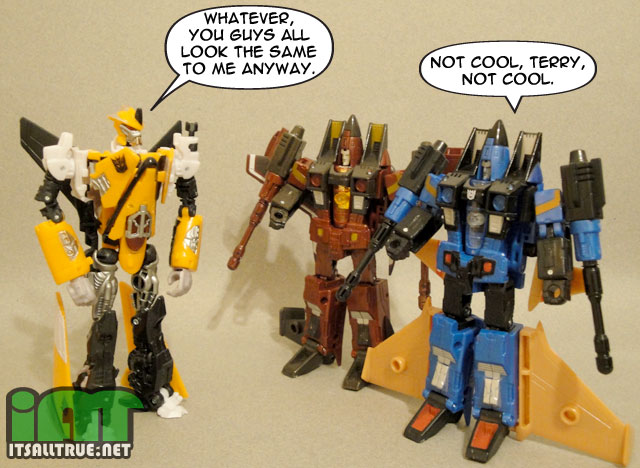 The main difference between the two jets is their deco. While I prefer the crisp blue and dark blacks of Dirge’s color scheme, I’m really not a fan of his gold wings. They’d definitely look much better in black. Ironically, I have opposite feelings for Thrust. The burgundy doesn’t do much for me, but I really love the metallic highlights and dark grays of his wings. If these figures were mine, I might be tempted to kit bash a bit. 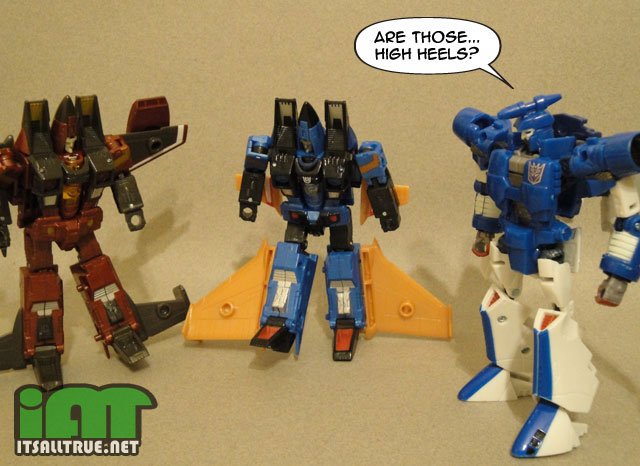 Articulation’s not amazing, but decent with these bodies. Their heads and thighs are swivel joints. The elbows, knees, and ankles are hinge joints. Their hips are ball joints, which have a really nice range. But the best joints are the swivel/hinge shoulders that attach to another hinge, which definitely adds a whole new layer of movement. 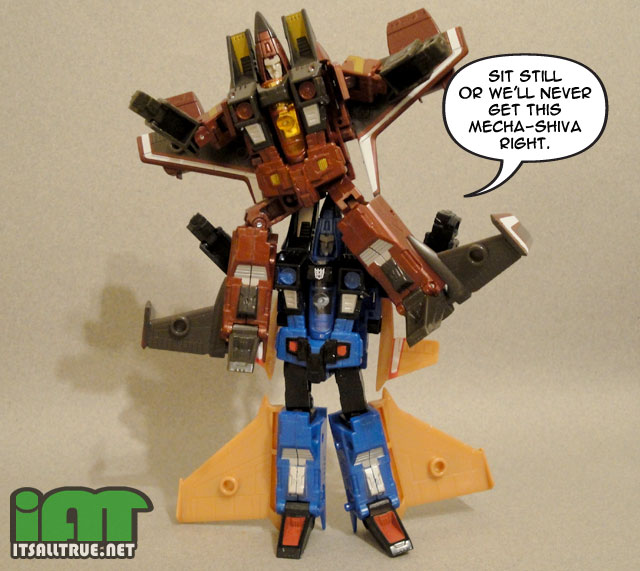 Aside from Thrust’s thrusters, both figures come with the same accessories in their respective colors. The two firing missile launchers can be held, attached to their shoulders, or placed on their wings. 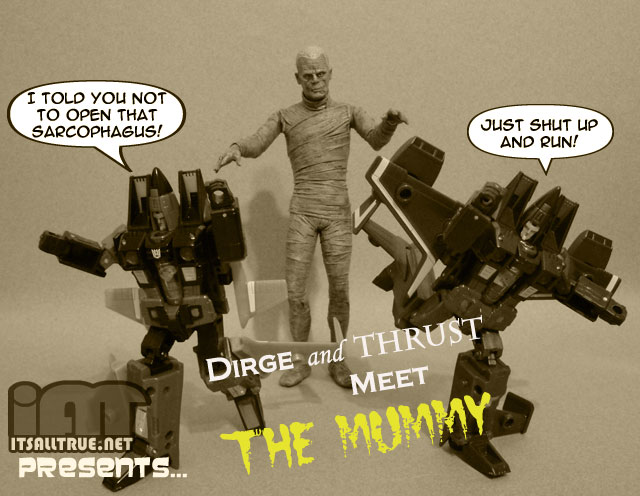 Although I prefer the look of the non-conehead Seekers, I have to admit that these figures still look great. What’s worse is that they look even better the more you have. Hasbro definitely knows this, why else would they keep adding more and more characters to the Seeker army (or is it air force?). Now if they could just find a way to make a Slipstream figure for the regular line.