Even though our Requests article isn’t on a regular basis this year, we still want to dust it off now and again to give the various companies ideas for figures that collectors might like to see. Normally, I don’t bring up DC Universe Classics, but I had an idea for a great 5pk while looking at Toy Fair pics.

This year’s Toy Fair had a few interesting revelations. I was definitely surprised to see an Amaterasu Minimates figure, and I was completely floored by the awesomely designed The Munsters figures. But when it came to Mattel, most of their DC debuts were ho-hum. I think it’s mostly because surprises like the Super Friends wave and the new Batman toy line had been leaked online already. There was the plethora of Green Lantern movie merchandise, but I’m mostly not interested in it. Only after the unveiling of this year’s Wal-Mart 5-pack was I truly wowed.

I never expected to see the Crime Syndicate, especially as a Wal-Mart exclusive. From the two previous 5-pack releases, I’d been under the impression that these sets would consist of mostly new paint apps with one figure receiving a new head or sculpting on his costume. But with the Crime Syndicate we get a near glut of newly sculpted bits. All of which look fantastic, especially the new heads. Plus that Owlman figure is perfection.

But even more important than the revelation of this great looking 5-pack is the implication that comes along with it. I don’t know who gets the credit, whether it was Matty or Wal-Mart, but someone high up decided it was worth spending more money on this exclusive set. If this trend continues, we could actually start getting unique characters and not just repaints in future sets.

So, with the slightly higher budget in mind, I’d like to make my recommendation for the next Wal-Mart 5-pack: Justice Legion Alpha. 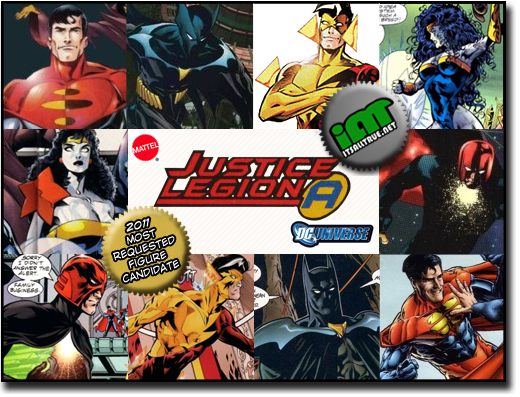 In the month-long crossover DC One Million, Grant Morrison introduced fans to the JLA of the distant 853rd century. This Justice League Alpha was comprised of the greatest and most powerful heroes who not only protected Earth, but the entire solar system and the millions of sentient beings who called it home. Not only did this series give us a peak at the possible futures of our favorite characters by taking them to the 853rd century, but it also gave us a renewed taste of those classic silver age team-up stories. For those of you who haven’t read DC One Million I highly suggest you go out and get the trade paperback, especially if you’re a fan of All-Star Superman or the JLA in its heyday.

It’s hard to settle with just five, but I think Mattel could easily put the future Superman, Batman, Wonder Woman, Flash, and Starman into a Wal-Mart 5-pack. The sculpting would go towards new heads for each character, three capes, a few extra costume details, Starman’s rod and Wonder Woman’s shield. The rest could easily be achieved through paint apps. Basically no more work than what was put into the Crime Syndicate. Also, not only would this pack give the fans five new and interesting DC Characters, it would also be easily marketable on store shelves. After all, they may look a bit different, but we’re still dealing with Superman, Batman, and Wonder Woman here. The big guns of the JLA will always sell. 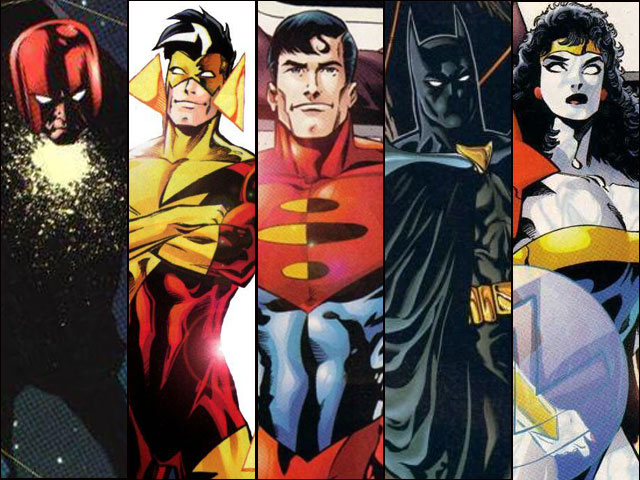 17 thoughts on “Most Requested Figures:
Justice Legion A”