It’s difficult to be surprised by toy aisle finds anymore. Back in the day, you could wander into the toy aisle never knowing what might be there. I miss those days, so, with that in mind, I bring you my latest aisle discovery: Batman: The Brave and the Bold: Total Armor: Kickpuncher The Joker. (Yes, that’s his actual name.)

With companies telling us what they are making months before hand, with leaked lists and production samples spoiling a manufacturer’s announcements even earlier, there’s not many surprises to be had as a toy collector. But every once in a while I’ll actually stumble upon a figure that I knew nothing about ahead of time. Discovering Kickpuncher Joker at my local Wal-Mart yesterday is one of those times. 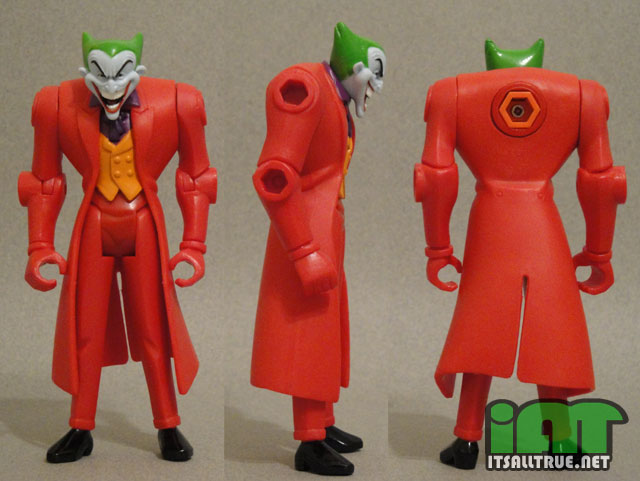 I bought this figure for a couple reasons. First, just look at him! Have you ever seen the Joker in such a glorious bright red suit in your entire life? Personally, I love it. With his pointy horn-like hair, evil grin, and flame red duds, he conjures up images of what Joker might look like as the Devil. Maybe in Batman’s own personal Hell? 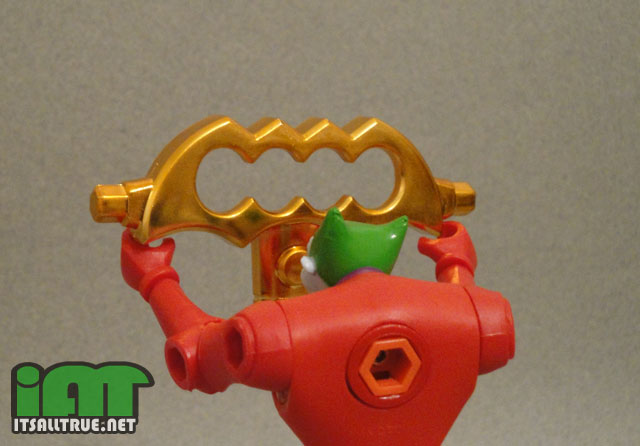 Second, his name is Kickpuncher Joker. For those of you who have never seen the TV show Community (Watch it, it’s awesome!), Kickpuncher is a movie about a cyborg who’s punches have the power of kicks. Which means this is a very strange coincidence, or someone at Mattel is a fan of the show. Either way it is wonderful allusion and hilarious super power to give the Joker. 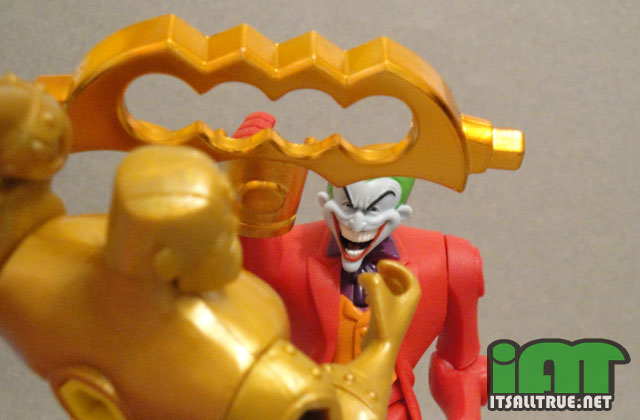 Since this is just a repaint of the original Joker, he has the same articulation as most Brave and the Bold figures. Swivel shoulders, waist, and hips with hinged elbows. He has just enough articulation to make him fun to play with, but not enough to give him any exciting poses.

Joker comes with one accessory: a giant set of brass knuckles. The idea behind the accessory is pretty fun. Not only can Joker hold it in his hand for punching, but it can also plug into the many holes on his arms and back. As a collector, I’m not the biggest fan of these “Snap & Attack” holes, but as a kid I could probably have had some real fun. Another thing I like about this weapon is its shiny brass color. If they ever make a Copper Metal Man figure for DC Classics, I’d like Mattel to use this paint color. 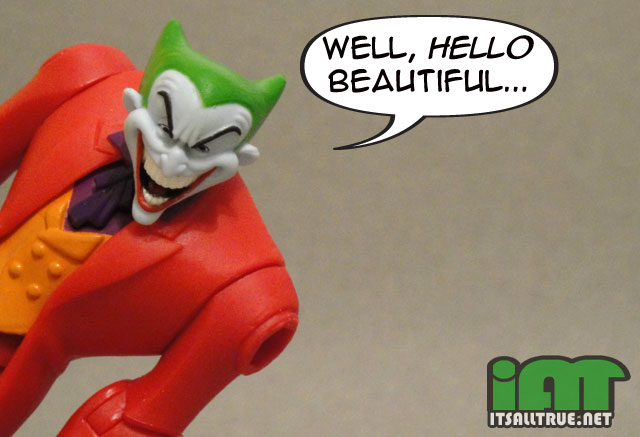 We almost always see Joker in his classic purple, and, every once in a while, a black tuxedo. But this figure’s color design is so unique for the character that I couldn’t help but love it. The bright red somehow works and even gives him a more dangerous aura. I found this figure at Wal-Mart for about $8, which is pretty reasonable, especially for a novelty repaint. Now if I could only convince Matty to repaint a DC Classics one in these colors.