Sometimes I’ll see a toy that I must have even though I know nothing about it. Persona 3’s Aegis was the first import figure I bought purely because she looked awesome. I wasn’t disappointed. When Max Factory released pictures of the Metis figure for the Figma line, it didn’t take long for me to submit my preorder.

The video game Persona 3 has a somewhat confusing plot, especially if you’re just reading about it and have never actually played the game itself. So I’m just going to give you the very basics of this character’s biography. 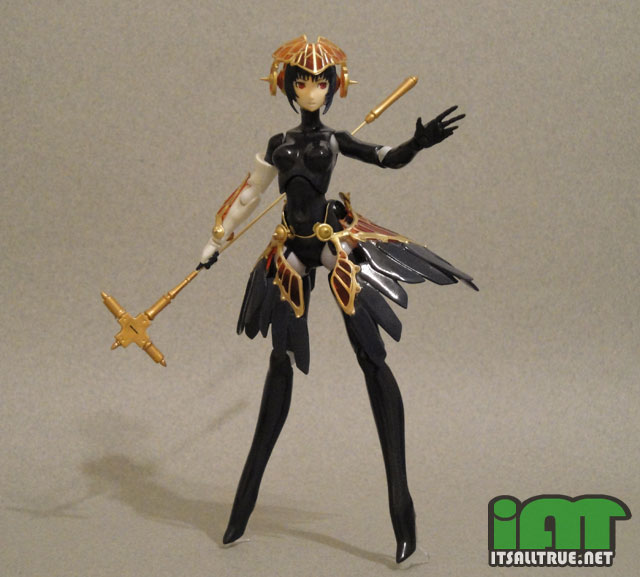 Metis, like Aegis, is an android. She claims to be Aegis’ sister and originally attacks the protagonist’s group trying to “save” her. She is defeated by Aegis and joins your team. Eventually you learn that Metis is actually a facet of Aegis’ personality which escaped her body and took on a life of its own. She woke up with no memories and only the knowledge that her sister was in danger. 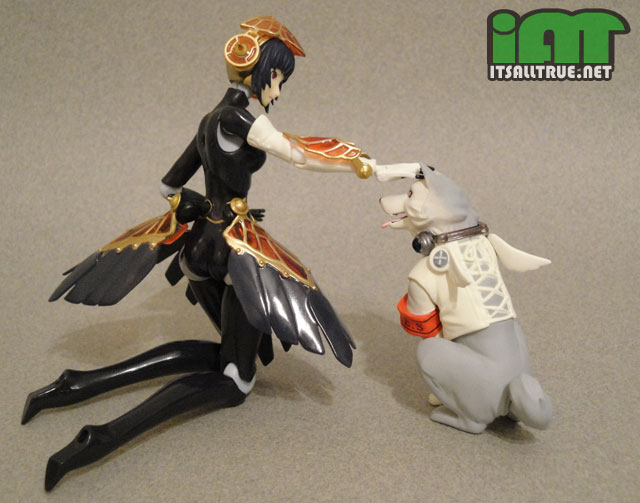 One of the reasons I bought this figure was because of her unique looks. The body itself is sculpted beautifully but isn’t as detailed as the Aegis figure. It’s basically a navy blue suit with one long white glove. The real details are on her visor, armlet, and skirt. Each is molded out of translucent red and then painted over with gold, giving Metis a wonderful stained glass effect. 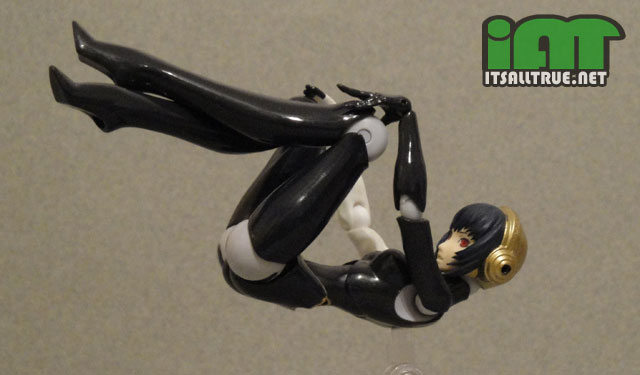 Something else I really like is how the exposed joints aid in giving her a robotic look. Without their light blue color and protruding spherical shapes to break up the lines of her smooth body, Metis would simply look like a girl in a unitard.

Like Aegis, Metis has terrific articulation. The joints are very similar to a revolver joint, allowing for a swivel/hinge motion wherever they are placed. On Metis, they are located on her neck, shoulders, elbows, and knees. Her upper torso, waist, and hips are all ball joints. While her wrists are hinge joints that plug into the arms, which allows for swivel also. 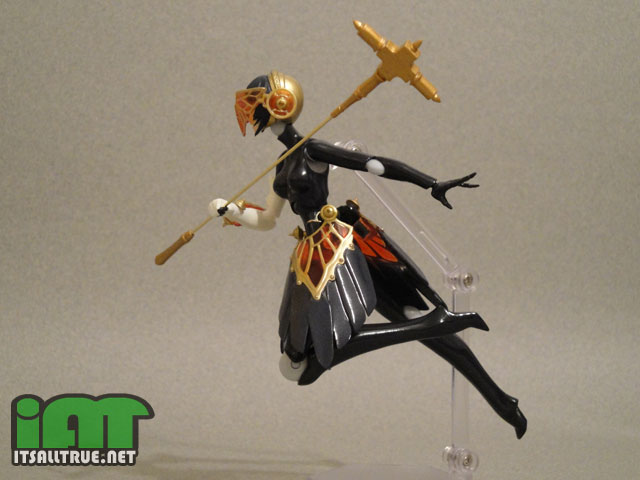 Interestingly, Metis’ costume is articulated also. Her face shield and armlet are both on swivels, allowing them to be placed in the up or down position. But her two skirt pieces are connected with swivel/hinge ball joints. This lets you position her skirt in various different ways and gives another layer of animation to the figure. Continue to Page Two….