This Megatron’s also got some really fantastic articulation. His head is a swivel, but the neck itself is on a hinge so you get a close approximation to a ball joint. His shoulders, elbows, hips, knees, and ankles are all swivel/hinges. This Megatron has a ton of poseability and is limited mostly by the bulk of his body more than the joints themselves. 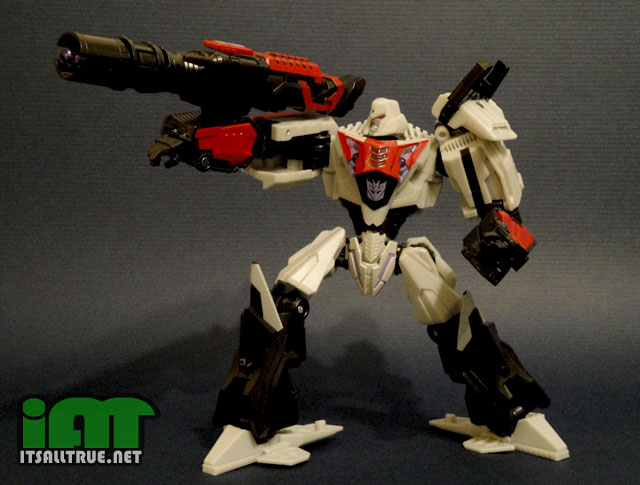 Megatron only needs one accessory: the giant canon attached to his forearm. I really like this piece, it has a ton of sculpted detail that is reminiscent of his G1 gun, but there’s still some new tech details added on to make it seem more futuristic. One part I really like is the action feature. Usually I don’t display figures with their firing missiles because they tend to protrude and look out of place. But Megatron’s fits his gun perfectly. Only the tip of the translucent missile pokes out, making it look like purple energy is gathering inside before it fires. There’s only one thing I don’t like about the gun. I don’t know if this is just my Megatron or if it’s a widespread problem, but the gun is too heavy for the forearm swivel. I have to keep spinning his arm right side up every time I put him in a new pose. This isn’t a huge problem, but it is a minor annoyance. 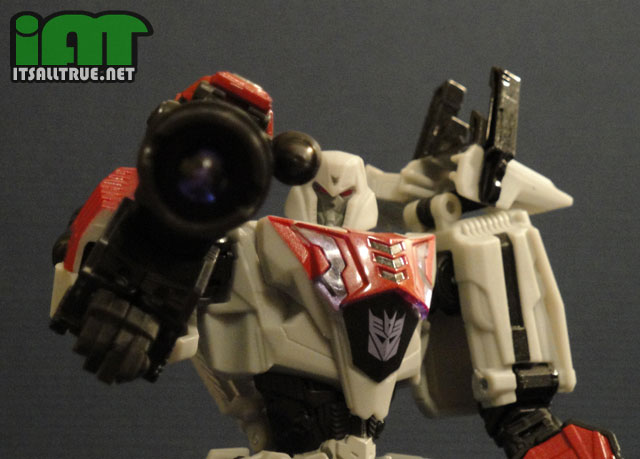 Megatron’s alt mode is this strange Cybertronian tank/canon thing. I’m not really sure what it is, but for some reason it reminds me of Galvatron’s alt mode. They don’t really look the same, but it’s what jumps to mind first when I see it.

On a side note, I’d love to buy a Galvatron version of this figure. Just a new head sculpt and paint scheme is all it would really take I think. Hasbro did it for Cliffjumper, let’s get a couple more out of this series. A Galvatron for sure, maybe even a Black Convoy. 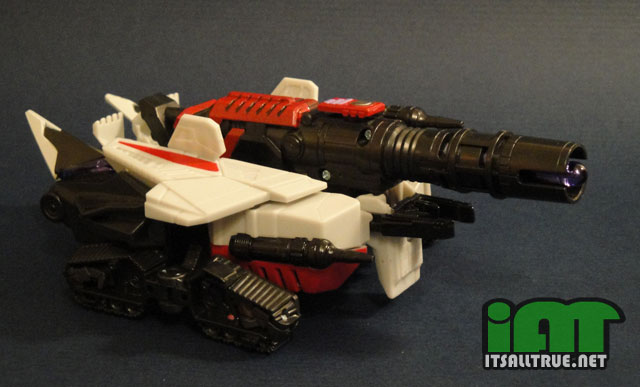 When I picked up my Megatron, he was the only one I could find. Now, it seems most stores are getting him in on a regular basis. My local Target had him for about $9, which is a good price, but with all these sales going on lately, you might be able to find him for less. 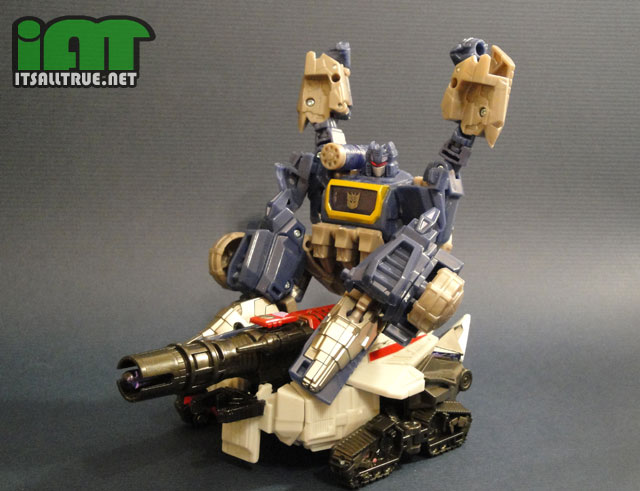