One of the best episodes in the Star Wars: The Clone Wars series was Legacy of Terror. Not only was it well written and exceptionally creepy for a kid’s show, but it also introduced us to a new Geonosian warrior that Hasbro just made into a toy: The Undead Geonosian.

In Legacy of Terror, the Republic clones have just taken Geonosis in a hard fought battle. But when Luminara Unduli goes missing, the search leads Obi-Wan, Anakin, and a squad of clones deep into the bowels of the planet where they discover the true ruler of Geonosis, Queen Karina the Great. Now the group must fight their way past Karina’s personal army of zombie Geonosian warriors to save Luminara from the same undead fate. 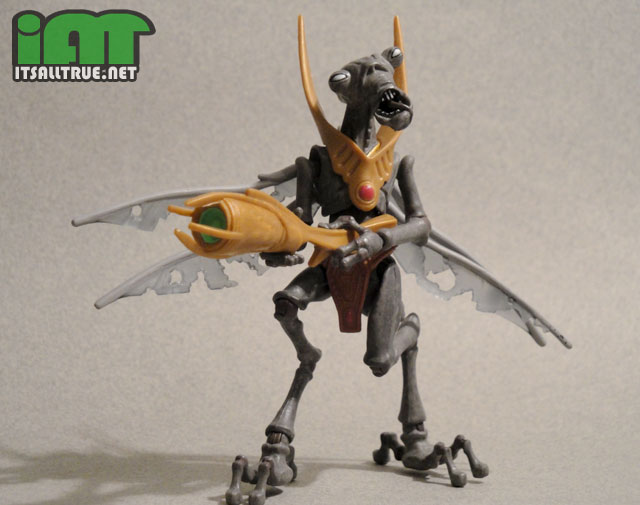 I was really surprised when I learned Hasbro was making a figure of the Undead Geonosian. Not only is this a zombie toy directed at children, but it’s also the first animated Geonosian we’ve gotten in the line. I’m not complaining though, the figure is terrific.

This is my first Clone Wars figure. I’ve been tempted to buy some in the past, but never felt strong enough to commit. The biggest reason is that the style is different from the normal figures and I didn’t want them standing out in a group, especially the humans. But the Undead Geonosian was just too unique to pass up. It’s not every day you get a Star Wars zombie! 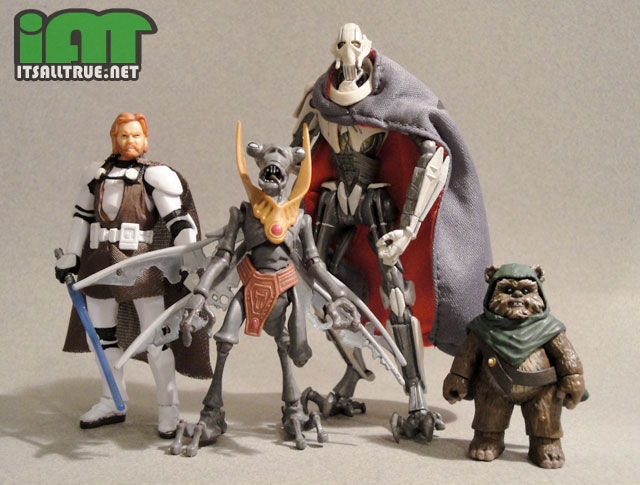 One of the best things about our undead friend here is his sculpt. Like I said, this is the first Geonosian toy we’ve seen in The Clone Wars style, so he’s a completely new sculpt. With his grasshopper-like features, the figure’s body is actually very normal looking. I expect when they do make a toy of the living Geonosian, he will use the same mold as the dead one. 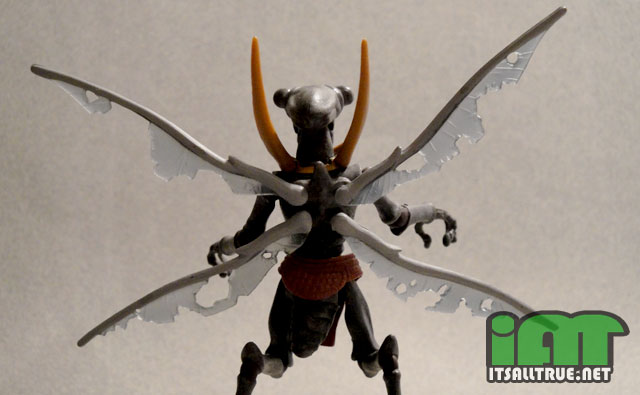 The part that will surely be unique is the head. His eyes have this wonderful half open, blank stare look to them. But what really sells the undead vibe is his mouth. His slack jaw hangs down in such a gaping way that you know there’s something wrong and he’s not just yelling. Plus, that may look like a tongue hanging out of his mouth, but it’s really the parasitic worm burrowing into his body and reanimating his corpse. The subtle and creepy details, the sculptor did a great job of conveying this guy isn’t a normal Geonosian anymore. 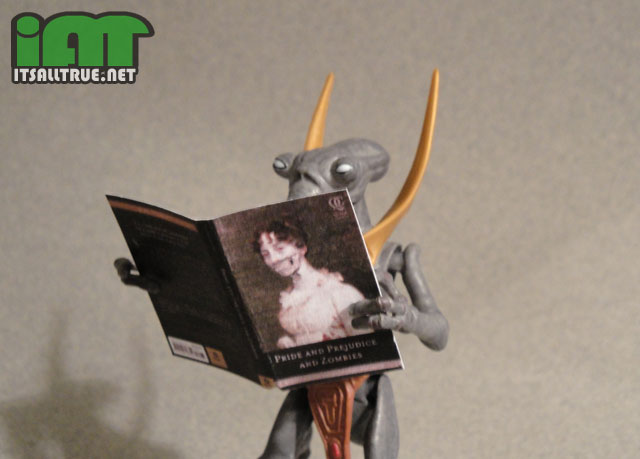 The wings are all separate pieces that attach to a back piece which then attaches to the body. I love this because it gives you the option of choosing how many wings your undead Geonosian should have. Plus each translucent grayish-blue wing has its own sculpted details of rips and holes. This is especially helpful for army building, since you can give each figure its own look.

On a side note. I noticed that the alien head that the Lego Group uses in its Space Police sets and for the new minifigure in wave 3 has a very similar look to the animated Geonosian. I wonder if we’ll be seeing animated Geonosian minifigures based on this head sculpt in future Lego Star Wars sets? Continue to Page Two….