Gold first appeared in 1962’s Showcase Presents #37 along with the other Metal Men. Since that team exists in a weird area where most fans are aware of them but won’t buy a book featuring them, they’ve been shunted off to limbo, brought back, or rebooted plenty of times since their early days. But despite their history, Gold is almost always the field leader (except for a bit where he was “permanently” killed and replaced with Veridium, but let’s forget about that…) and is usually the stretchy guy (representing the tensile strength of gold). 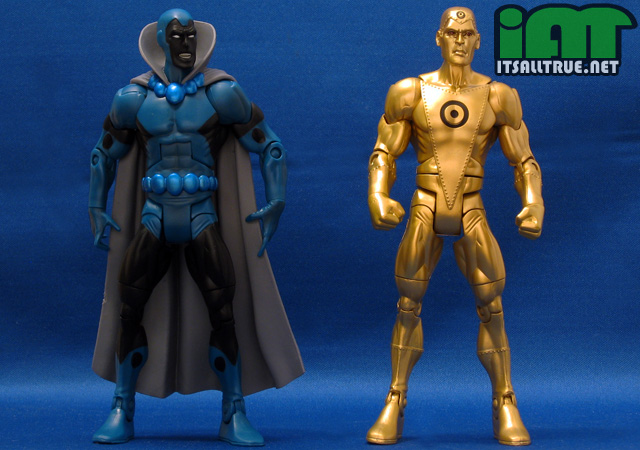 Gold’s figure really had one job and that was to live up to the awesomeness that was Iron. And he comes really close. He’s been given new calves, forearms, a new torso with slots to hold the new chestplate, and a new head. Those pieces successfully recreate his comic look, but I do have a few nitpicks to get out of the way. 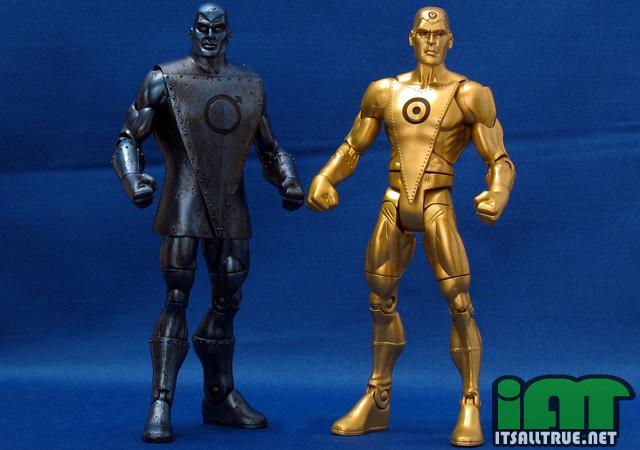 First, the hands are die-cast like Iron’s, but they also are Iron’s – dents, dings, and all. They looked great before, but on Gold they look like little flaws on an otherwise nice figure. It might have been better for Mattel to have created a smooth mold for the die-cast hands as I doubt anyone would’ve complained about them on Iron. Second, to retain the articulation, the chestplate doesn’t attach at the bottom. I understand why it’s done this way, but it tends to flare out and look odd. I’ve put a small dab of poster putty in there to hold the piece down while he’s posed. 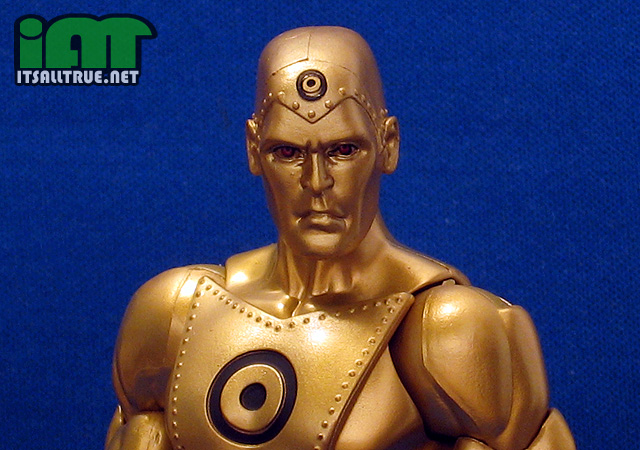 Gold’s head is his signature new piece and it is a nice sculpt, but I don’t like it as much as Iron’s. Two reasons for that – one, the mold lines, I usually ignore them, but sometimes Mattel makes it difficult. That’s the case here with the three lines intersecting at the top of his forehead – that’s too noticeable for me, even on a robot figure.

Second, and this isn’t a problem really, but he kinda looks like George W. Bush to me. He didn’t seem come out that way in my pictures, but in person, I can see it and it’s weird. I suppose it’s better than if he looked like Richard Dean Anderson, and the Metal Men were slowly becoming SG-1… 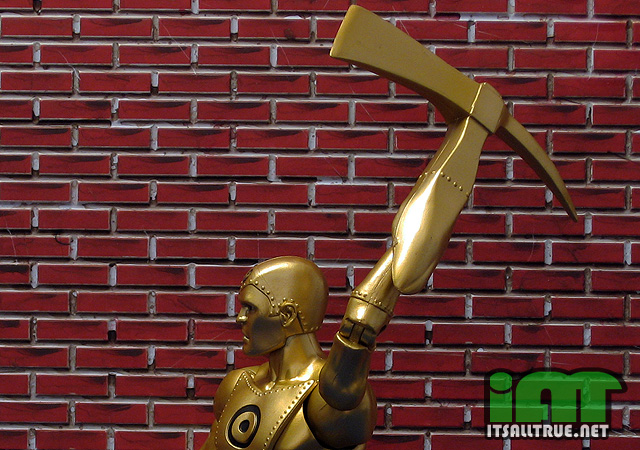 Gold is a relatively monochromatic figure, which is exactly how he should be. He is painted head-to-toe in a nice metallic gold over a dull gold plastic (if you turn his head around, you should be able to find his base color on the front of his neck). It looks fantastic, but the solid metallic color also highlights every little imperfection and makes it harder to find a “perfect” Gold. On mine, the chest stamp was done perfectly, but the forehead stamp missed by just a smidge.

Articulation is standard for Gold. His chest plate being unconnected allows him to retain his full range. 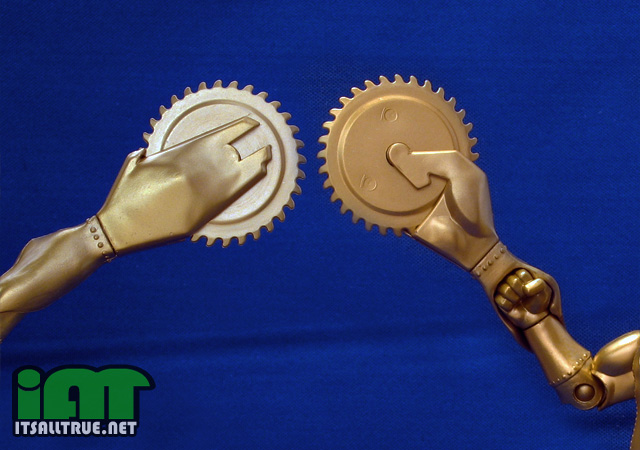 Gold also included two arm attachments. I like both, but the pick-axe for his left hand seems rather lackluster compared to the spinning saw. The saw is fantastic, not just because it spins, but because some thought was put into it. If you look closely you can see that this thumb and middle finger have been sculpted to look like they’re holding the sawblade. It’s little touches like this that really make me appreciate the 4H working on this line. Both pieces fit nicely, but are softer than Iron’s and start to droop over time. A quick pinch to tighten them back up and they pop right back on.

Ultimately, I may have a series of nitpick about Gold, but I love the figure. I love the sculpt work and the paint choices. He looks sharp alone and even better with Iron. My only complaint at this point is that I don’t know where we’re getting Platinum, Lead, Tin, & the rest of the gang. Continue to Obsidian (Todd Rice)…