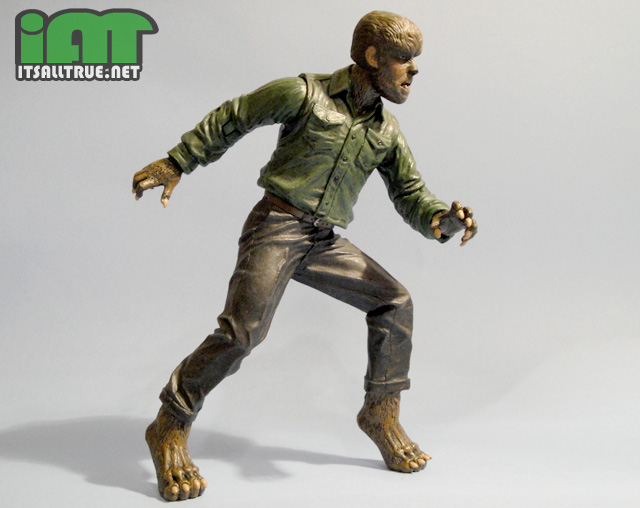 Like the other figures in this line, the Wolf Man’s articulation is limited more than I’d like. His neck is a ball joint with limited movement. His shoulders are swivel/hinges with hinged elbows. While his wrists and waist are swivels. It’s really amazing how much more personality a waist joint and ball jointed neck can add to well articulated arms, but I get so many more interesting poses out of the Wolf Man than the Creature. 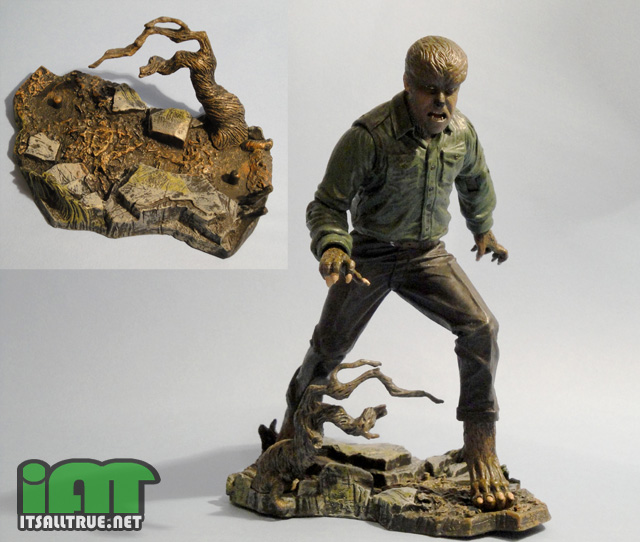 The Wolf Man only comes with a base for an accessory. It’s a nicely detailed lot of tangled grass, mud, and rocks with a tree branch sticking up to add further texture. In all, the base is nice, but I wish there was something more. Usually Wolf Man figures come with the silver headed cane as an accessory. So I was a little disappointed this one didn’t, especially since the Minimates even had one. I would have also loved an extra character in the form of Gwen Conliffe or even Bela in his wolf form. They would have made for interesting additions to his base. 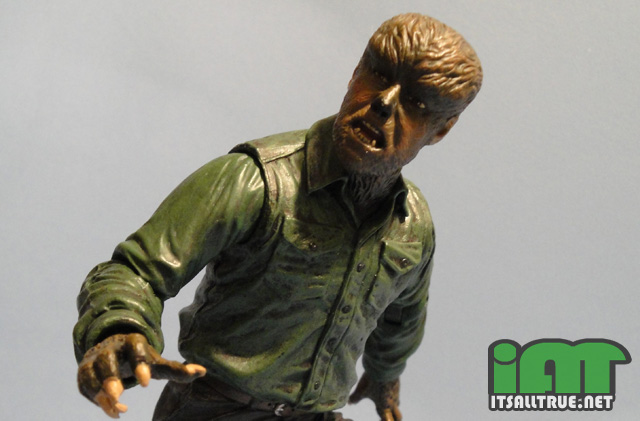 In all, I’m really happy with this figure. He’s my favorite character, and I think they’ve done him justice. Even though he can’t move his legs, he’s still able to stand and there’s enough articulation in his upper body to give a little life to the figure. I would have preferred an accessory or even a more detailed base, but I don’t feel they put any less work into this figure than the other Toys R Us exclusives. 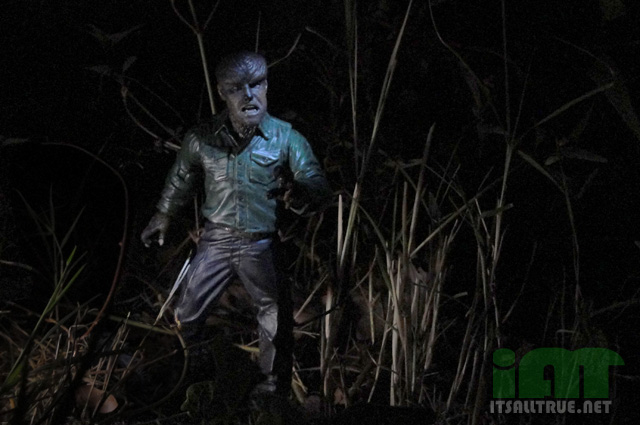 There are two versions of this figure that I know of. The regular version is a Toys R Us exclusive and will run you about $14. There’s also a black and white version available exclusively at Entertainment Earth for $19.99. I’m not really sure how I feel about this version though. I like the idea of black and white figures but he’s the only one they’ve made from the first wave that I know of. It would be a shame to not get all the characters in that style.

Something else to consider before starting this line is that the second wave won’t be out until next October. Like the Minimates, Diamond is only releasing them around Halloween. I know I’m in it for the long haul, but waiting that long for figures is a turn off for some.