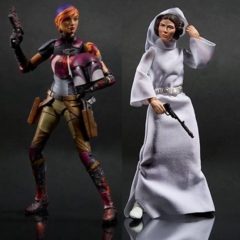 The Star Wars reveals today would best be summed up as muted? I’m not sure what I was expecting, but it was more than just the handful of figures that we got. Also interesting, is that for most of them the press images are tiny and kinda poor quality. You’ll notice I’m mostly just reusing the tiny images from my checklist for this article. That’s what there is. It works for my checklists, but it doesn’t do much for a news article.

The panel itself listed a few we already knew were coming like Darth Revan and a “real life” version of Sabine from Rebels before going into to “new” reveals. Prince Leia Organa from Episode IV and a Snowtrooper from Episode V. They did tease a Rogue One 6″ SDCC Exclusive, but mum is the word until probably around April. When the reveals were added to the display, a beautiful 6″ AT-AT Driver was added to the display to round us out to five reveals.

I know I’m not sounding terribly thrilled, but a lot of it looks cool (check out these great booth pics from ToyArk). The Snowtrooper & AT-AT Drive look great. Revan looks badass. Sabine looks amazing! I still haven’t watched a single episode of Rebels and Hasbro is really making me want to pick these guys up in this “IRL” form. Those all are good.

Leia, though, isn’t looking so great. I really wish Hasbro could just take this one back and start over. This version of her & Luke from the next upcoming wave are seminal figures in this line and Hasbro has let the soft goods really detract from the figures. That and a not great face sculpt really just bring her down. Hopefully production looks better. That’s what I’m going to stick with. We did get a bigger promo pic of Leia so here’s that with Sabine to make us all feel better.

Oh, and hey, the Star Wars Black Checklist is updated with these reveals! 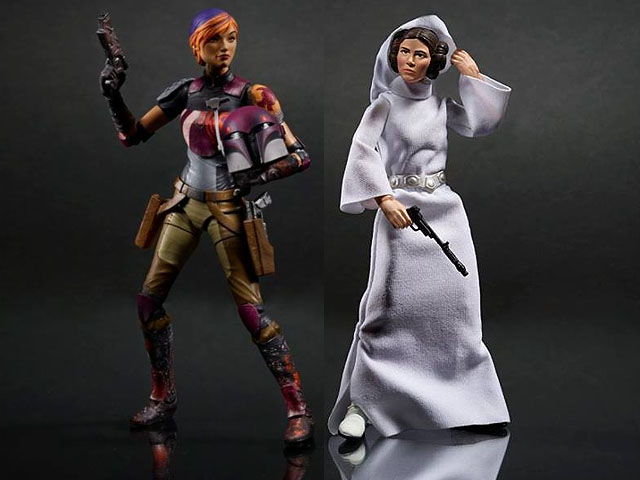