Hal is almost painted to be in his modern costume. The areas of green and black are right and the metallic color even feels more right for this version, but no one updated the Lantern symbol. There’s a recent cover in the image below that shows the updated symbol. As it is, this is a modern Hal with a Silver Age logo. 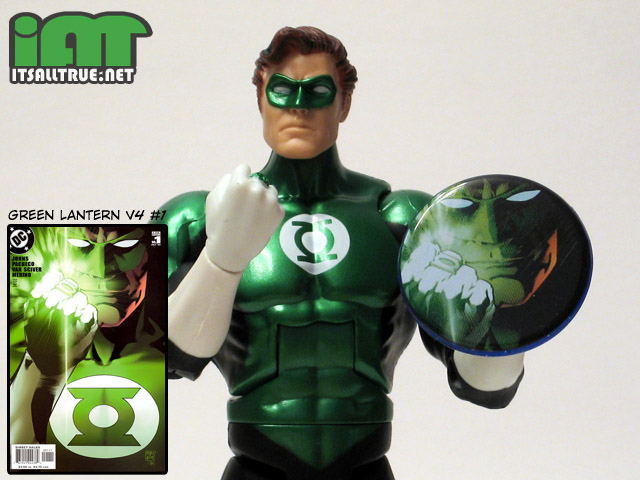 Hal includes the same button as his All-Star release. It’s from the cover to Green Lantern v. 4 #1 which kicked off the new book after Hal returned in Rebirth. Hal also includes a Lantern accessory. I’ve never been a fan of this particular piece. The lantern appears differently over time and I’m sure this version is accurate to something provided by DC Comics, but I like the Lanterns produced over at DC Direct more. What might have helped here is if they painted/molded it in a metallic green to match Hal. Hal also included a clear blue DC Universe stand. 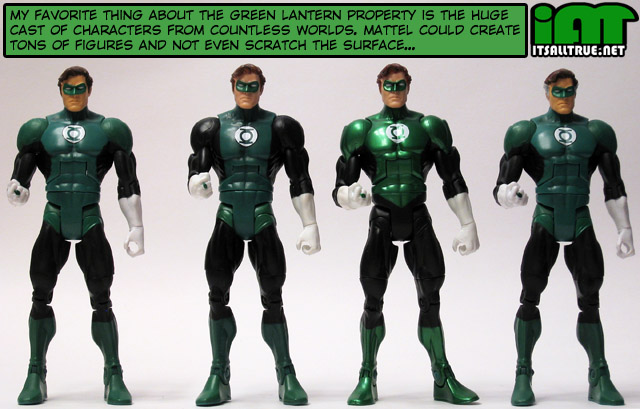 So where do you put this Hal? I’m not sure. If the metallic look doesn’t bother you, he’ll probably fit in with your other GLs. I don’t think I’d be mixing them though. I do have to point out he looks damn good when standing next to the DC Direct Blackest Night figures. If anything motivates to pick up modern Hal for myself, it’ll be those guys. 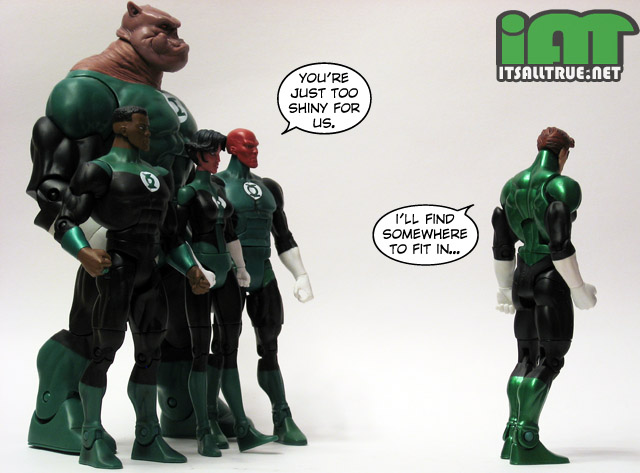 Overall, Hal’s a nice piece with a lot of reasons to buy him even if you don’t really need one. The metallic paint job looks sharp on the figure and, symbol aside, he’s a great modern version. He was $14.99 so these TRU exclusives are still slightly cheaper than regular figures. Our store received ten Hals on Wednesday. I wasn’t sure if they’d sell as quickly as the Batman did, but Rant reported that he left six on the pegs after grabbing his. After three days, they’re already half gone! Since my TRU never got in more Batmen, it looks like I’ve got to make my decision soon… 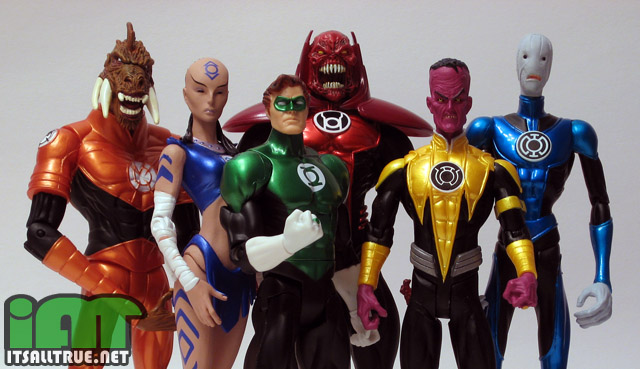