In 1987, Hasbro imported Battle Beasts from Takara and a cult classic was born. As a kid, the idea of armored animals wearing fighting each other in a never ending duel of rock, paper, scissors was cool. Nearly, a quarter of a century later, Diamond Select Toys has resurrected Battle Beasts as Minimates. Before I get into the review, I wanted to thank Jason Hurley of Hurley’s Heroes. The Battle Beast reviewed today was exclusive to C2E2 this year, and Jason was able to grab one for me while he was there. Thanks, Jason!

For those of you who need a refresher course on Battle Beasts, it was a line of two inch, anthropomorphized animals wearing futuristic armor. There were three factions, wood, fire, and water. I was never sure how wood beat water, but it worked like a game of rock, paper, scissors. Every figure had a heat sensitive sticker, which you could rub to determine the characters allegiance. The figures themselves were detailed despite their size. I loved this line. The only drawback I remember was the lack of articulation. Each figure only had swivel shoulder joints. 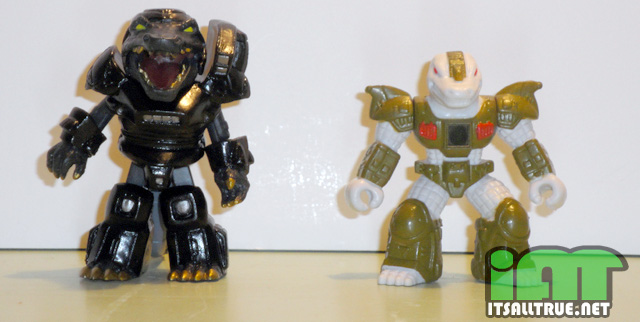 I’m not really sure what’s happening with the Battle Beasts update. I don’t know why Hasbro didn’t try and bring these back themselves. Their sister company in Japan, Takara, still owns the Battle Beasts license, but Diamond Select was able to buy the American rights to the name. Sadly, Diamond doesn’t own the rights to the wood/fire/water gimmick. Leaving these new Battle Beasts noticeably missing their faction symbols.

Another interesting twist is that these new Beasts are Minimates. Under all that Battle Beast pieces is a standard Minimates buck with standard articulation: ball-jointed head, shoulders, and hips, hinged elbows and knees, and swivel wrists, waist, and ankles. Normally, this allows for some dynamic poses for such a little figure, but the add-on parts hinder the articulation drastically. The main body piece keeps his head, shoulders, and hips from moving freely, and entirely disables the movement of his waist. Ultimately, you’re left with a figure that’s almost as static as the originals. 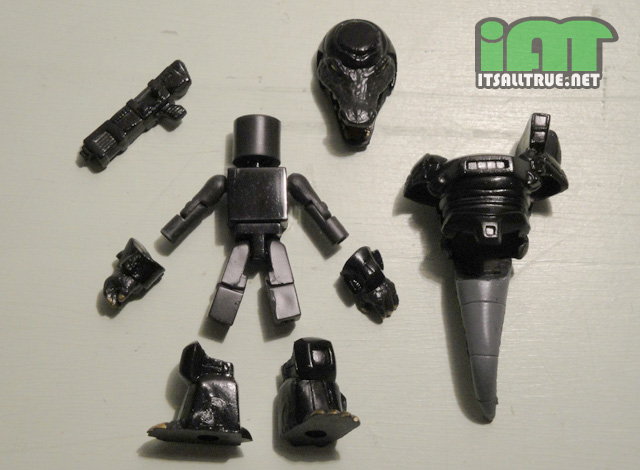 What this Gator lacks in movement, he makes up for in detail. All of his armor pieces have individually sculpted plating and pads and his exposed skin is scaly throughout. Plus, there are add-ons, like the shoulder device. I’m not really sure what it is, maybe a gun or a scanner of some sort. I like that ambiguity. It seems like everything is explained to us these days. I like the freedom that a generic hunk of technology can do anything a kid wants it too. 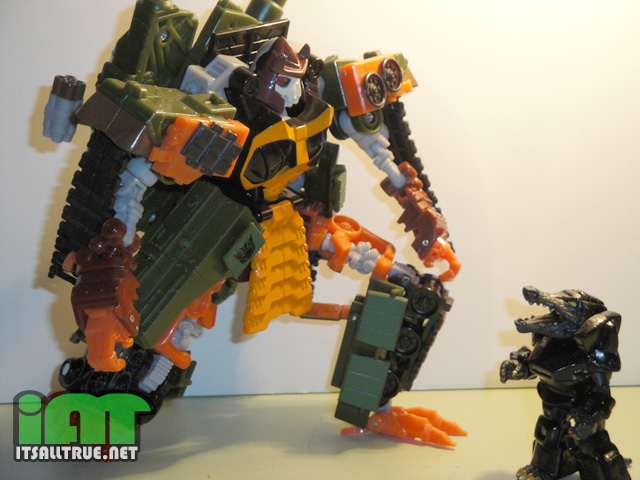 The figure also includes a gun. It’s got some nice detail to it, even though it’s just molded in black. What I thought was interesting was on one side there is a peg sticking out, and on the opposite side is a peg hole. Theoretically if you had two of these guns, you could stick them together, that could be cool. But it also leaves the possibility for them to attach to the figure. This Gator’s armor doesn’t seem to have that ability, but hopefully it’s something they’re considering for the future. In his left claw, he can hold the gun facing forward, but in his right claw, he holds it at an angle, against his body. 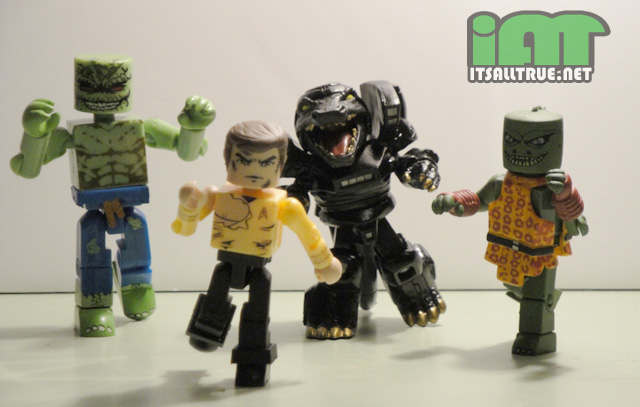 He’s painted decently for such a small figure. There were some sloppy areas on the tiny parts like his teeth, but everything else is painted well or molded in the color it needs to be. The paint was a surprise, by the way. I was expecting Jason to return from C2E2 with the same Battle Beast that was given away at Toy Fair. That wasn’t the case. 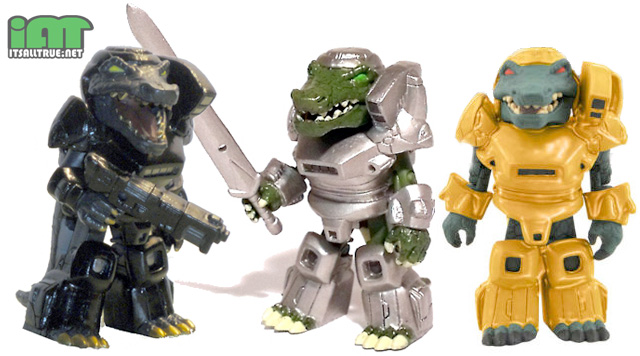 When Diamond announced this line, they debuted the gator Battle Beast with a play set. The play set included a soldier and a Gator Guard, the first new Battle Beast. The play set still hasn’t materialized, but the pictures are out there. The gator scheduled to come with that play set and the two promo pieces have three main differences. First and foremost, are the three unique decos. Second, in the choice of weapon. I’m not sure if the Gator Guard has a specific weapon, but the Toy Fair Gator has a sword, while this one came with a gun. Third, the Gator Guard and Toy Fair Gator both have closed mouths, while the C2E2 Gator has an open mouth. The lower jaw on the Gator is glued on and doesn’t move. It looks like Diamond is planning on many variants down the road. 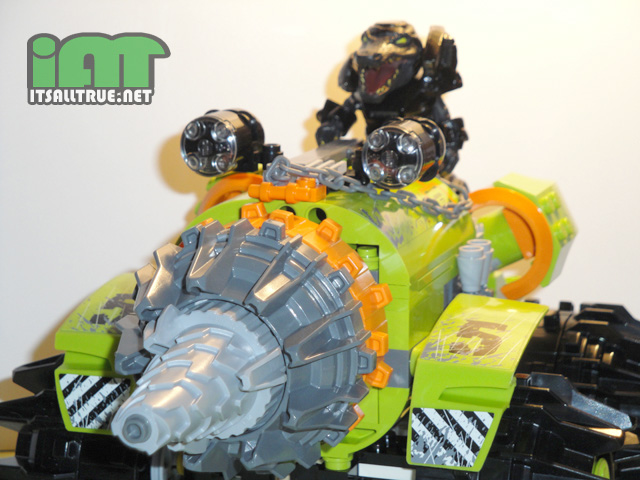 All together, I do like this Mate. But, I need to see more characters before I get excited about this line. Hopefully, Diamond will start rolling them out soon. Also, this guy is a little expensive on eBay right now, cheaper than the Toy Fair version, but still. Unless you’re a crazy completist, I wouldn’t bother with these hard-to-get variants and save your money until the main line begins.