I’m still in a bit of a “meh”-spell over Mattel’s Ghostbusters line, particularly it’s decayed end, but Diamond Select’s Ghostbusters line is like a pressure cooker of excitement. My biggest beef is that Winston, the best Ghostbuster, just doesn’t look like Ernie Hudson, but so much of the rest of the line is about DST nailing it. If my memory is still right after this last crazy month, DST already shown Peter, Ray, & Winston, the Keymaster, the Gatekeeper, Gozer, Slimer, Walter Peck, a Terror Dog with alternate heads, the first ever movie Janine. Originally, we were expecting about twelve figures. One spot clearly for Egon and… well, thanks to this gallery from ToyArk the other was apparently “Slimed” Ray.

I’ve decided I’m cool with that thanks to an update from Diamond Select’s Zach Oat who actually took the time to post on GBFans over the weekend with an update on the line. He gave some specifics on the prototypes and articulation, but this is the line that caught my attention:

“TRU may have their basic Series 1 by end of year, but the Select figures with large diorama pieces will hit early 2016, most likely. On the bright side, looks like we have finally sorted out the diorama. 15 pieces, spread across 15 figures. Had to add two all-new characters, of the deceased variety.”

So a few cool things, the figures will be available without the bases by the end of the year, there are three more figures in the current lineup and at least two are ghosts, but about those bases? The word spectacular comes to mind. I got my first look at the base thanks to FakeEyes22’s Twitter Feed. First of all, if you want to see a lot of awesome (& funny pics) follow him on Twitter.

Second of all, well look at this: 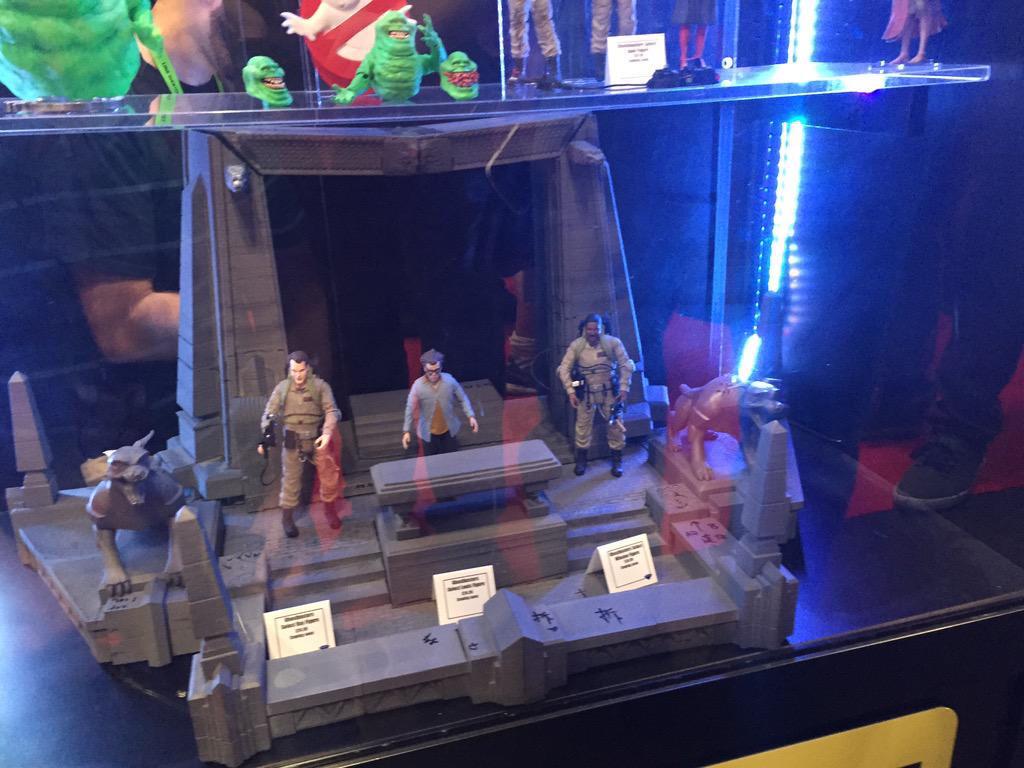 I have no idea where I’m gonna put that, but it’s my job as a Ghostbusters fan to own it, and set it up high enough that I can clomp around the room like the Stay-Puft Marshmallow Man. The meh-spell is officially over. Check out the full gallery from ToyArk.