With Force Friday coming up at the end of this week, I figured this might be a good week to get caught up on Star Wars! The Black Series Checklist is still shy the SDCC announcements and I’ve got more than a few 6” figures in my unopened pile. I’ve let go being a completist with the line – I just couldn’t spend $20 on that tiny off-model Yoda. I skipped the Emperor and the various Clone Troopers – well, heck, it’d probably be easier to point out which ones I did buy: the Bounty Hunters! (Though, what’s a guy gotta do to find a Wampa…?). 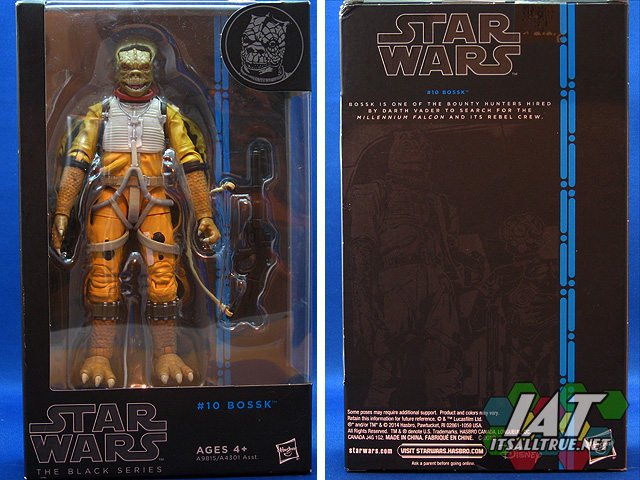 The Bounty Hunters in Star Wars – I don’t know why I like them. I like to make fun of them – so many of them seem to have this strange appeal despite doing basically nothing. Greedo’s toast nearly as he appears. Boba Fett gets Han giftwrapped, then gets accidentally bumped into and dies on screen – yet that blank slate created the ultimate badass. And the other Hunters… well, they did less than that. One’s a prop. 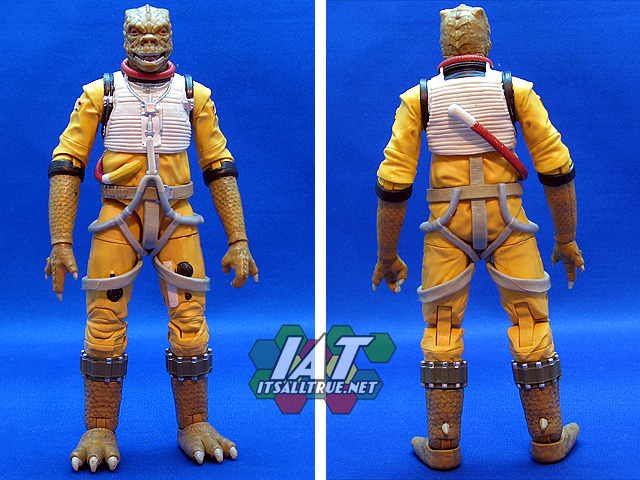 But yet, they’re such an interesting little subgroup. Though I’m not really familiar with any of it, the EU & subsequent shows have given some of them new life. It’s not really about that though. For me, it’s more about look and the scale. While I haven’t been impressed by the recent Lukes and don’t need an army of Troopers, I do like getting the aliens in 6” scale. I have a mostly 6” collection and the Bounty Hunters, being somehow cool in their own right, really add something to that collection. And first among those for me is Bossk.

Bossk is the coolest of the Bounty Hunter group that debuts in Empire (technically, Bossk’s figure came first, but that’s details). I don’t care about Boba Fett. IG-88 is funny, but not intriguing. Dengar is hard to love. And I don’t have much of anything clever to say about 4-LOM & Zuckuss (I’ll buy all the figures though). Bossk, meanwhile, is this cool lizard dude in a pretty sweet flight suit. 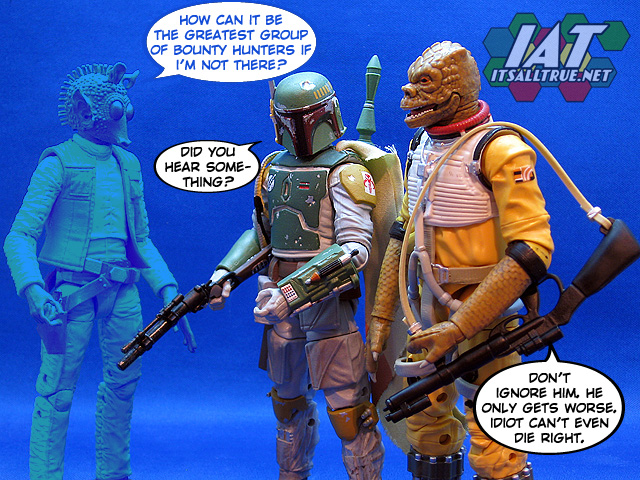 He also tends to get the cool toys. His vintage figure is a favorite. He’s had good upgrades over the years. Heck, even his “Hero Masher” is pretty darn cool. So it’s a no doubter that his 6” Black figure is swanky too. And the reason for all that? It’s because he’s got a not-costume costume. His suit is actually a real life Royal Air Force suit, High-Altitude Windak Pressure Suit. It can also be seen in an old Doctor Who episode and is worn by one or two other background characters (bring on BoShek!). There’s just an authenticity that comes through because of its origin. I love it. Wrap it on a very Star Trek looking alien and *boom*, I’m sold. Continue to Page 2…