The second Ant-Man is where the spoilers come in. We’ve seen Blackout Ant-Man before, Funko has already done two of them and I highly doubt Hasbro & Hot Toys skip the repaint opportunity forever. But what is Blackout Ant-Man? Is he Paul Rudd in a different version of the costume? Is he a different, separate character? If so, who? Well, LEGO answers all that right on the box. They don’t call him Blackout Ant-Man, they just outright tell you who is in the suit. Now, the set does a great thing – it includes an all-black head piece with the minifigure to preserve the surprise, but they also include a regular head sculpt. 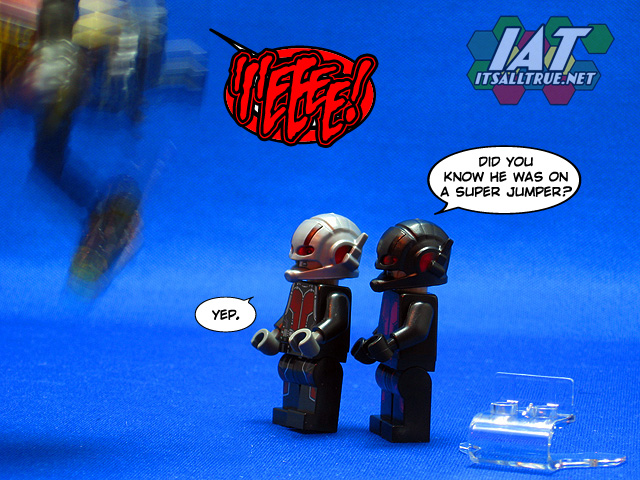 This second head includes two expressions as well, a genuine smile and an angry yell. You can see them pictured here, but I warn you – if you managed to avoid the name on the box and look at the face it will undoubtedly spoil part of the movie for you. Despite the spoiler, the Blackout figure looks excellent and I’m looking forward to seeing it in the film. 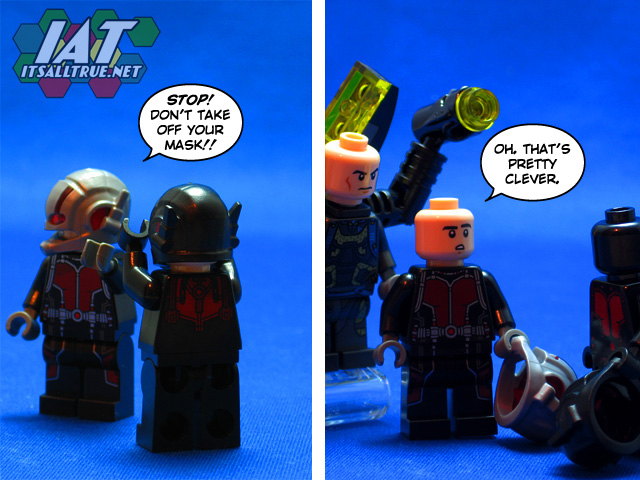 Finally, we did get a little diorama, set piece with the set. It’s adorable. When I finished putting everything together, I had an extra red 1×1 brick and a yellow 2×1 plate and I couldn’t figure out why – it’s the “normal size” piece for the diorama piece. Once you build everything up you get the same two pieces greatly upsized. It takes some stickers to finish off the look, but it’s cool! Add-in a little fulcrum action and the piece can launch “screws” to fire at the other minifigures. Pretty cool. 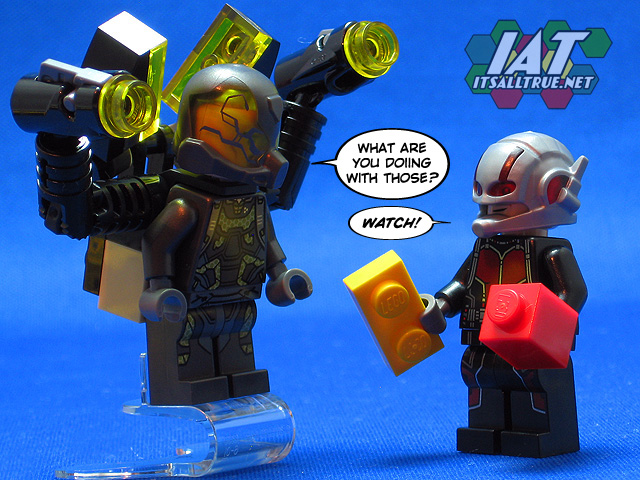 Overall, this is a pretty great set at a great price. Had it been more than $20, I would’ve really wanted the minifigs, but been more apt to shy away from purchasing the whole set. I love the enlarged LEGO piece though the ant may find its way to Sam’s eventual LEGO stash. The minifigures are still the best part for me, though I could’ve done without LEGO spoiling things (though maybe they didn’t, I haven’t seen the movie, and I do recall the LEGO Mandarin had a “Final Battle” Tank and that didn’t exactly happen in the movie…) 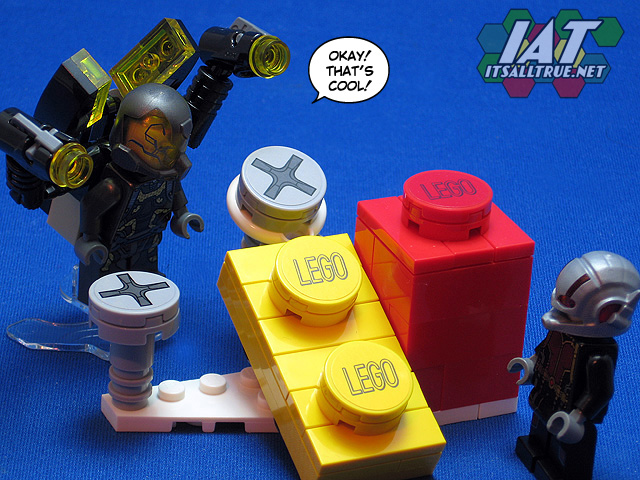