I haven’t got to talk much about this, or update the MP checklist, but Takara has shot an arrow straight at my heart by taking one of my all-time childhood favorites and adding him to the Masterpiece collection! Plus, Sam had a rough night and there just wasn’t time for a review today!) 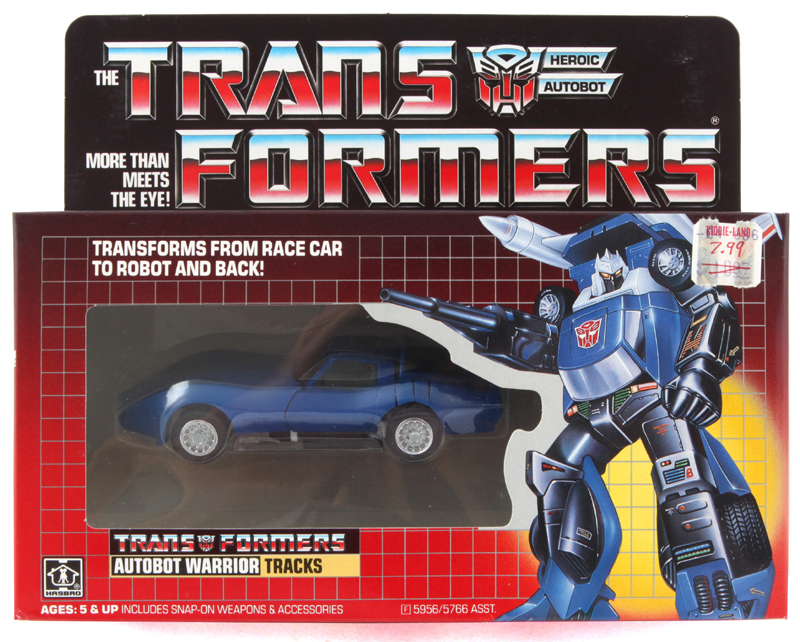 I’m sure that I’ve told the story a million times before, but when I was a kid my parents took me on a multi-city toy run with one mission: “Find Optimus Prime”. It’s one of the earliest toy memories that I remember vividly. It seemed like we traveled forever, though we never really got more than an hour from home. It seemed like we saw just about every Transformer ever, but not Optimus Prime.* We ended the day at what I’m pretty sure was the K-Mart in Springfield, Missouri. It was at that point that my parents through in the towel. I would not get Optimus Prime, but I would get any Transformers I wanted, provided it was at the K-Mart in Springfield, Missouri.

I don’t recall who I left behind. Blaster was there and I held that candle for a long time. I think maybe Smokescreen too. But, there was no doubt about my pick. I had a thing for Corvettes as a kid. Somewhere around there are pictures of me sitting in one when I was three or four. And right there on the shelf? Tracks. I loved that toy. I still have… most of it. I’m sure that I’ll find the other arm somewhere, some day. The stickers are destroyed. He was and is well loved. There’s a stand-in nowadays, a reissue in pristine condition, but they’re both out on display. I get this question a lot “Why are there two Tracks?” and then I launch into this same story.

So, you can imagine how giddy I was when I ran across these new pics at TFW2005. There is in an indescribable joy in seeing the pictures below. The corvette alt mode is gorgeous. The robot mode looks fantastic. I do have to say that my love is for the G1 Toy – I miss the face plate. I had reservations about that animation accurate yellow square. But I don’t even care. I love it. I’ve already pre-ordered two so I can display him in both modes. Heck, I kinda want a third one so I can do the flight stand pose – a flying corvette, come on, but I’ll save something for a possible Hasbro release. 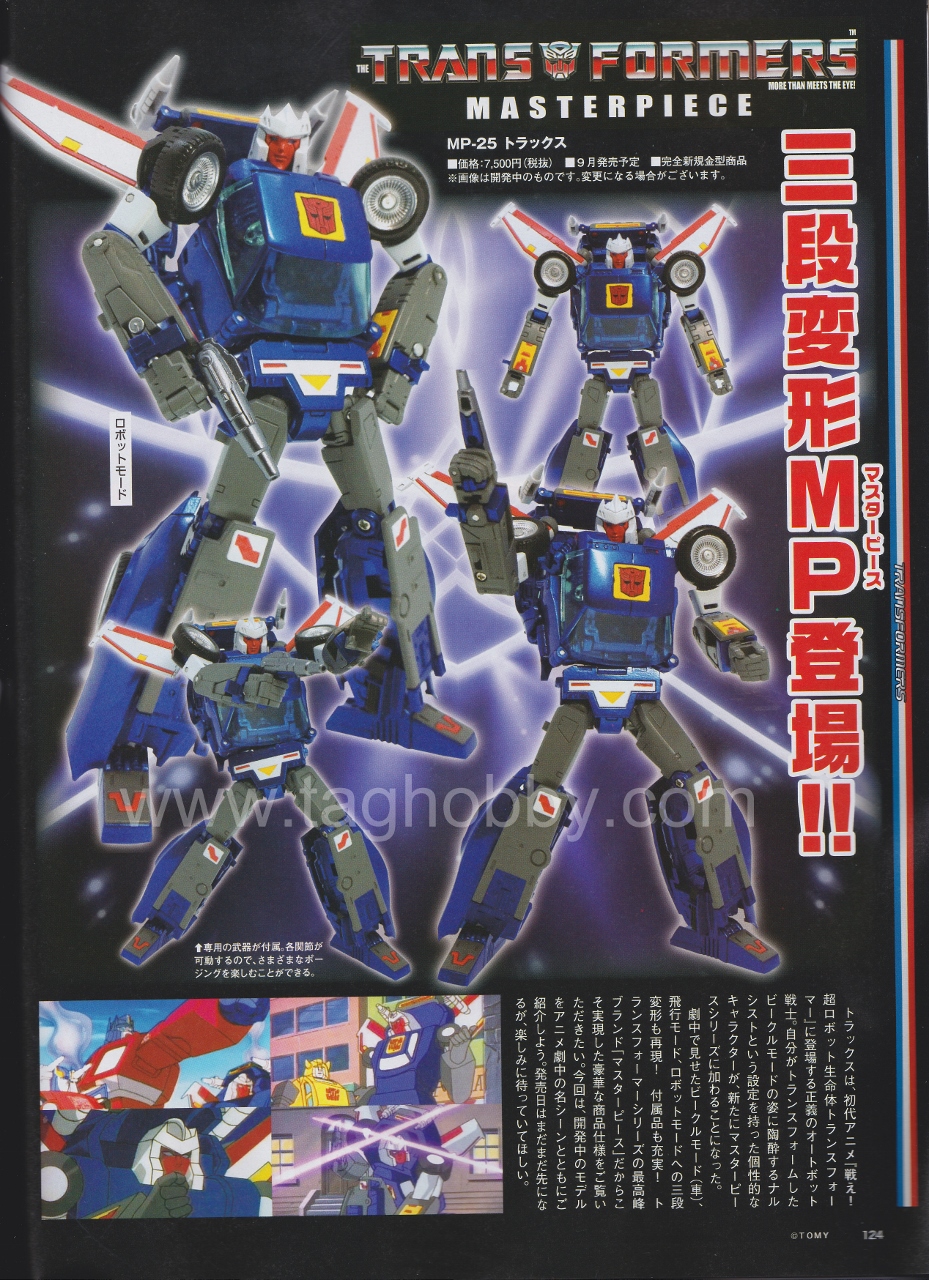 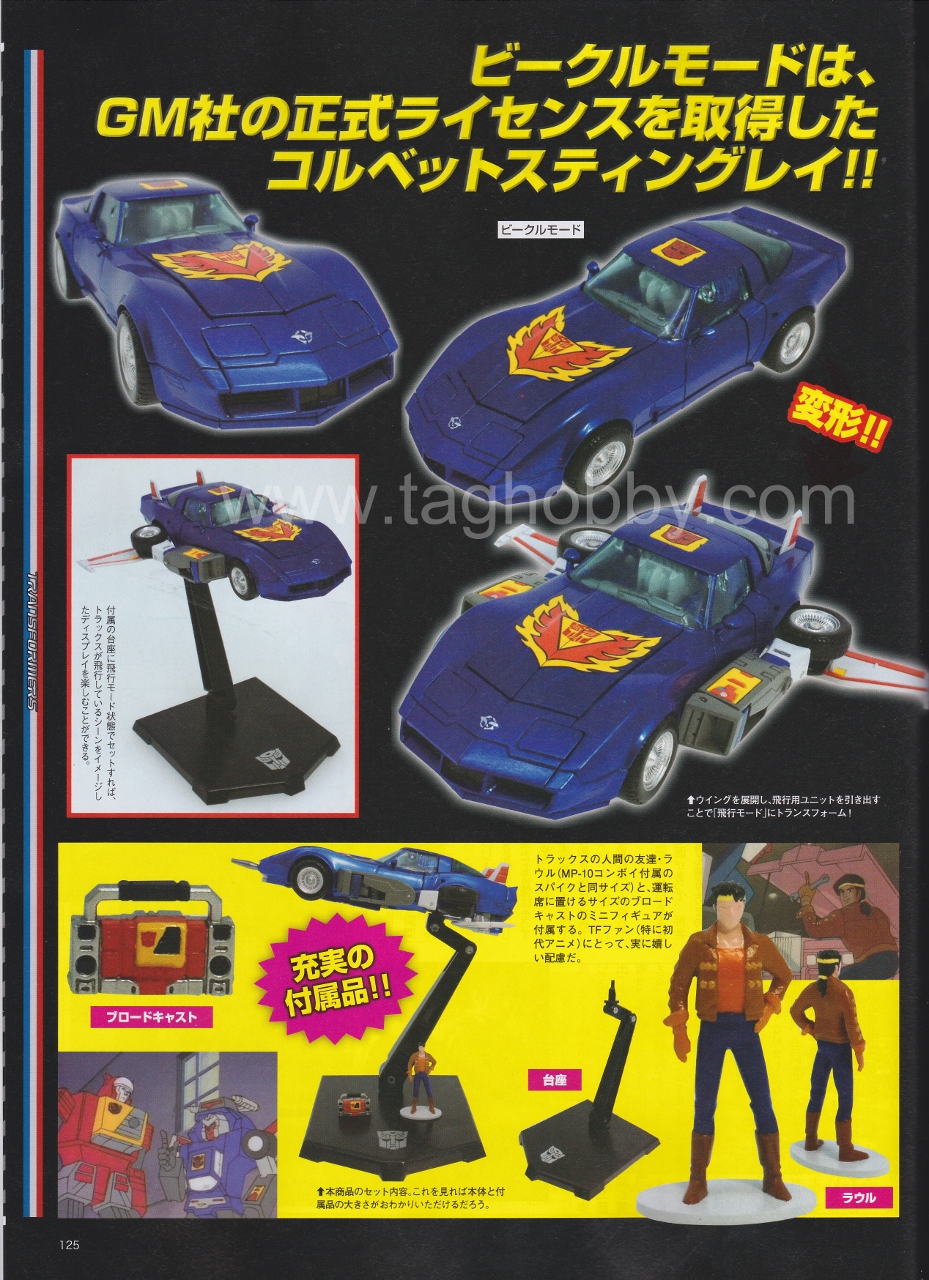