When you’re in a baby budget crunch, or any budget crunch really, the easiest thing to do is cut the expensive stuff first. I’ve done that best I can, but Transformers: Masterpiece… I just can’t find it in me to cut from the budget right now. Even on a figure like Bumblebee that I wasn’t totally sure I’d love.

I pre-ordered Bumblebee like I tend to when an MP becomes available, but unlike many of the previous ones, I let some of the fan reaction get to me. Well, I shouldn’t say that. I felt it to. Some uneasiness about the head sculpt. Some bulkiness from the transformation – really the now accurate VW cab – made him look, we’ll say portly. 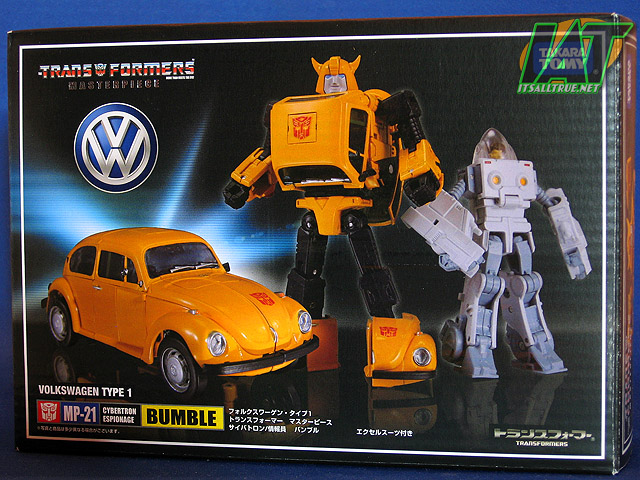 There was another thing too – this is more specific to me, or collectors like me. I love the toys first for almost every license. When I want get vintage updates, being accurate to the old toys is far more important to me than source material. I want Lady Jaye to have a hat, She-Ra to have her starburst, and, yeah, Orion to have that big ol’ dumb harness for his head to spin around in. 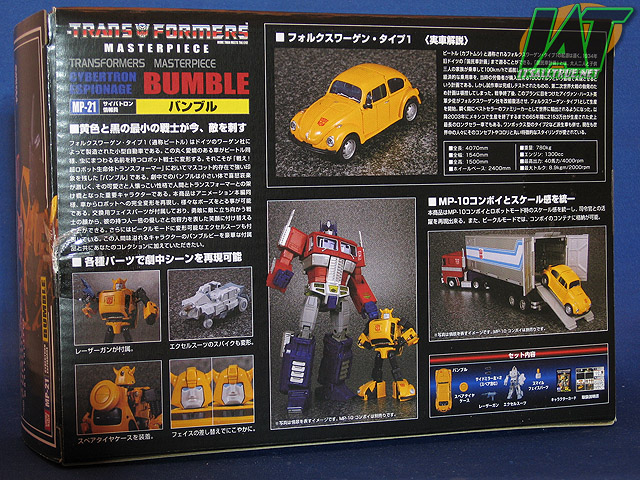 When Bumblebee debuted, he looked like he should, but I just didn’t quite feel it. When they announced the Amazon Japan exclusive, I remembered why: the toy doesn’t have a face. Well, it does – but it’s a robot face – visor instead of eyes, a guard over the mouth. When I saw that in prototype form, I was more easily sold. Even at the higher price. But still, I was nervous if I’d really like him. Wheeljack was a little off and Bee looked like he would be too. And then, he got here. 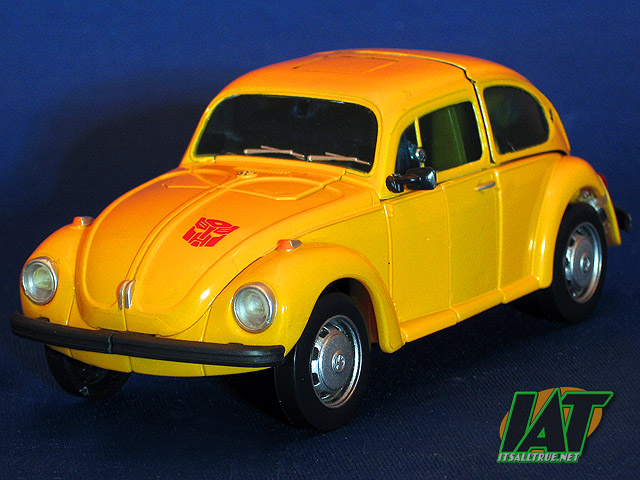 I did get a good laugh when I opened the box. Takara packages the cars in car mode and the Lamborghinis & Fairladys take up a good chunk, packaged lengthwise. Not so with the bug. Bumblebee is on the box sideways and was right there when I opened him up. Spike actually takes up more space in the bubble since he’s packaged in robot form. 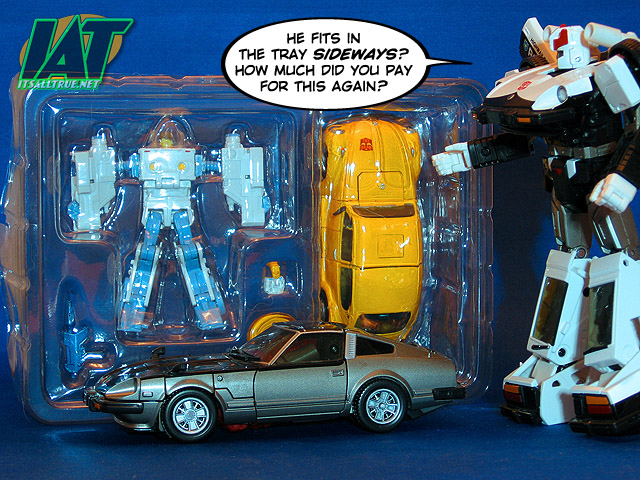 Once he was out of the bubble, I was pretty happy with Bee in his car mode. I’m no VW-enthusiast, but he looks good. It’s kinda refreshing to see him not deformed. There’s a lot of nice little touches like the logo at the base of the windshield, the driver-side only mirror, and silly as it sounds just the front end looks neat since he’s finally a real bug. There’s a cool feature in the back where you can pull the license plate out and replace it with a spare tire cover for the two different looks. Special points to Takara too for putting a spot for the license plate to high inside the spare tire cover. 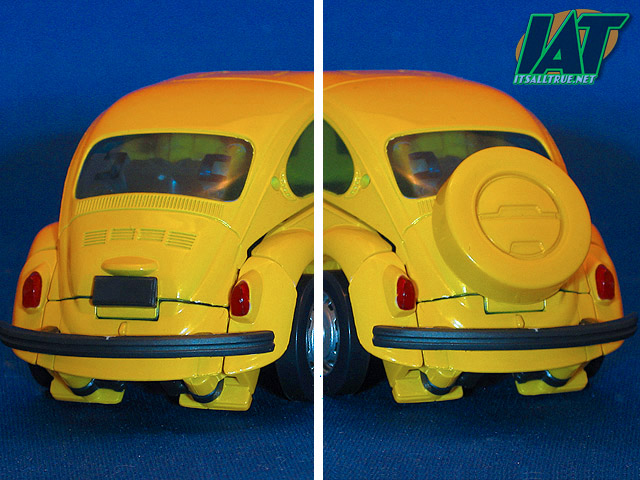 In his alt mode, I only have a few nitpicks. I don’t like the Autobot logo on the hood, but it’s there to be animation accurate – if, Hasbro can import this guy to the US, that would likely go away. But I know why it’s there and I’m over it. Which leaves just one thing. The tires are weak. I’ve been critical of the tires before, this line is at the upper end and it just screams rubber tires, but doesn’t get them. Bee suffers moreso because they’re plastic and they’re just too thin. This is too accommodate the transformation, of course, but they’re just too waferlike and bend in too easily. Not a deal breaker, but I’m not in love with it. 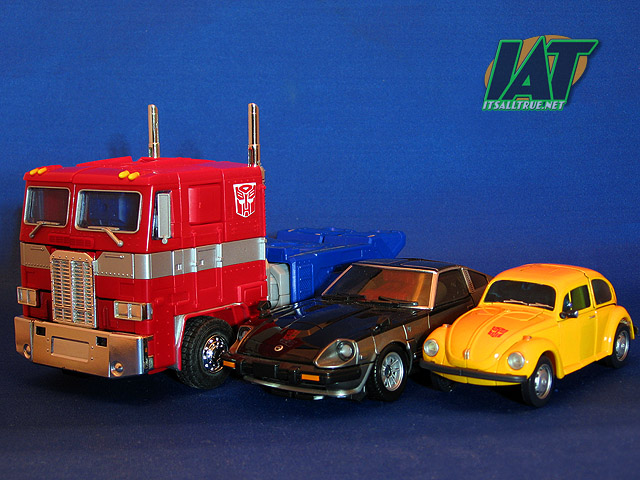 So, let’s transform him. It’s pretty straightforward like most MPs. The tail lights on the lower arms trip me up now and again, but I got it in one attempt, so I have to consider it easy overall. Once he’s in this mode, the first thing you notice is either how awesome he looks… or how tiny he is. Scale and Transformers… are not friends. This has been a big issue in the MP line. The cartoon portrayed Bumblebee a bunch of different sizes, often up to Prime’s knee. I would want Bee to be maybe hip high and that’s about what we got. Continue to Page 2…