Once in robot mode, there is a lot to like. The parts all transform in the right ways to get the animation model right. The head sculpt is vintage goodness. And the articulation is pretty good too – the legs can be hard to pose, but nearly every joint you want on a 6” figure is available here in one form or the other: there either are or essentially are ball-joints at the neck, shoulders, hips, ankles, and kinda sorta the wrists doe to the transformation, elbows & knees are hinged, and the biceps, thighs, waist, and wrists all swivel. A 6” line would call that hyper articulated. 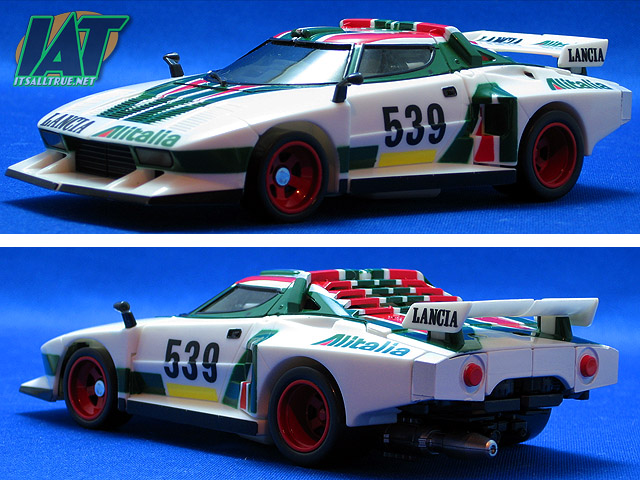 So what’s wrong? Well, it must be one of those eye of the beholder things because he just doesn’t look right to me. It’s cruddy because he’s been generally well received and I just can’t seem to join in, at least not completely. Is it that he looks a little lanky to me? Maybe. Is it because his hip assembly, while cartoon accurate (& therefore sacrosanct?), looks like an unfinished Gundam? I know Tim Gunn wouldn’t approve of those metal pins showing, but maybe that’s being too picky? I’m just not sure. 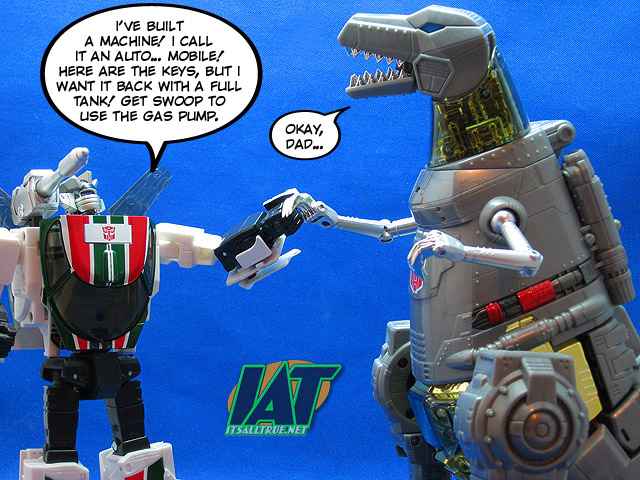 One thing I know I don’t like is the finish. It’s not as noticeable in car mode, but in his bot mode the white plastic looks like… plastic. Normally, that’s not a bad thing, but all the other car MPs so far have featured a nice glossy finish for a more realistic look. Maybe the Stratos is a flat finished car, but it inadvertently gives Wheeljack a more Hasbro/toy feel instead of that fully painted precedent the previous six cars set. 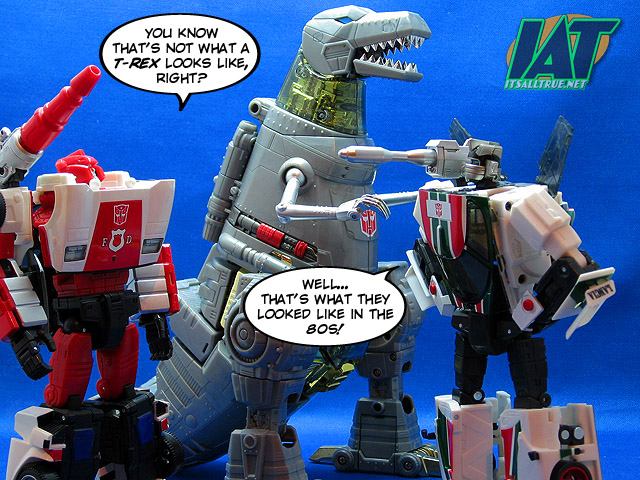 This version of Wheeljack included two accessories: a gun and a missile launcher. Oh, technically, he also includes two sets of his side mirrors as they’re removable and aren’t attached in package, but I don’t think those count. The gun is a nice looking G1 piece and perfectly doubles as an exhaust pipe. The shoulder launcher is also nicely sculpted, but it has some oddities like how close it sits to the head in bot mode and how the missile is separate but can’t really be sent flying. There’s no inner mechanism or even enough friction to flick it out like a Lego one. I know I’m an adult, but I don’t care! In vehicle mode, it does that awesome 80s thing where it plugs into the roof and looks simultaneously badass and out of place. 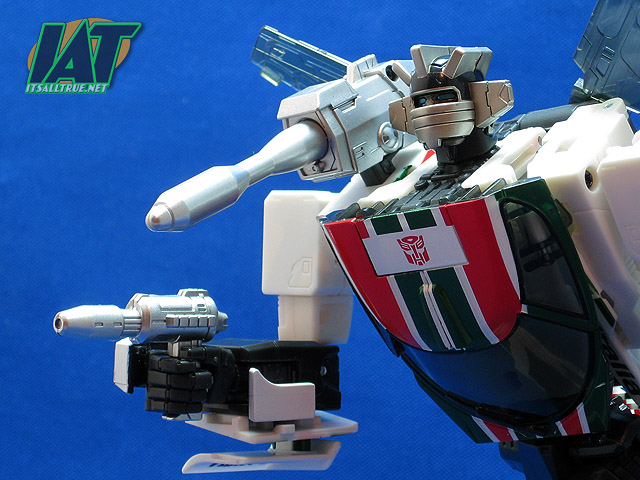 Overall, I’m still going to call this one good. I’ve feel like I’ve certainly got some valid nitpicks like the hard to move wings and the lack of a truly spectacular finish, but it’s more that he just doesn’t look quite right that bugs me. I look at him and I know it’s just not as right as the ones that came before even though I’m not sure what would fix it. That aside, he’s well received so I’ll join that particularly bandwagon until I figure it out, if I ever do. The alt mode looks sharp, the bot mode is thankfully on model to the show, and the articulation and easy transformation make for a fun toy. That’s a tough combo to beat. 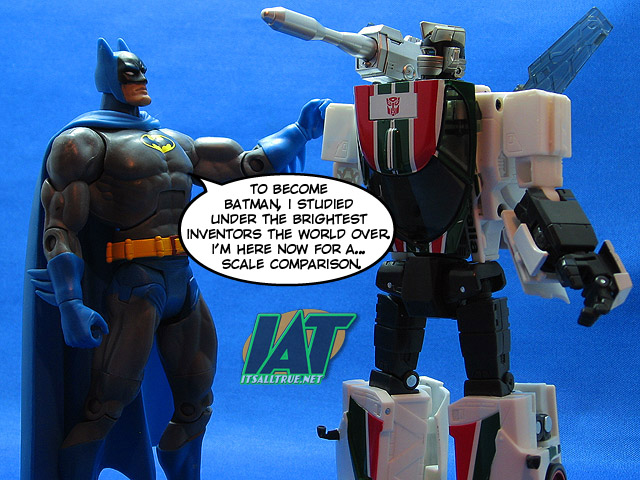 For Even More Reviews, check out our Review Index.