Mattycollector has posted new images of Flutterina on their Facebook page. Her wings have to be assembled upon opening as they’re too large to fit in the package otherwise, which is cool but it’s odd that they’re packaged backwards; that’s not fun for MOC collectors. She’ll be released in August:

Another fun tidbit is the leak of what appears to be an Eldor test shot in He-Man.Org’s Prototype and test shot thread: 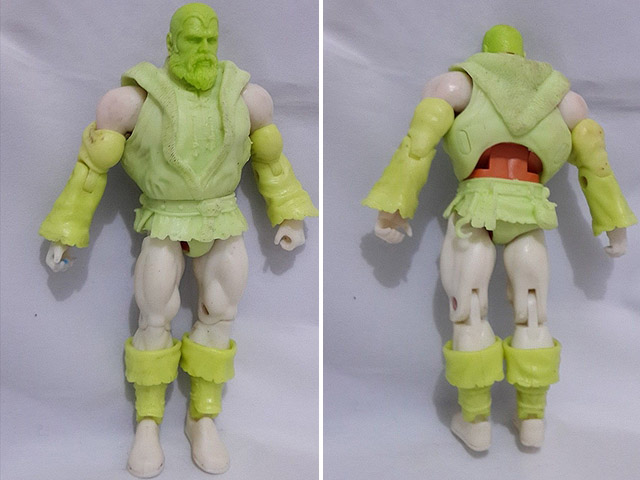 The bulky tunic aisde, he looks to have a lot of fun new pieces. It looks like the hood will end up being removable – they can’t possibly do Eldor unhooded can they?? There are a few photoshopped pics of Eldor in color in that thread along with a look at the Light Hope test shot so be sure to check it out!