Note: This article will spoil the identity of the 13th, Mystery Figure from the G.I. Joe FSS 2.0. 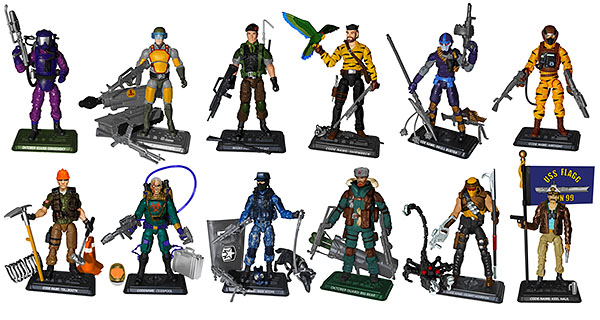 One complaint I often hear about the subscription-based toys is that we don’t know everyone we’re getting beforehand. I’ve never really much minded. I’ve always equated the various subscriptions to “toy of the month” clubs where specially selected toys are sent to my home for me to enjoy. Like wine. Or cheese. Or pamajas. Or who knows what. I may not want each month’s item equally, but I try to find the bright side and what’s worth enjoying in each release. I try.

I have an easier go with the Matty subs. The MOTU figures are usually pretty good. The DC figures… well, I loved the source material and that got me through some bad figures. Just today, I agreed to buy a figure next November that I have no idea what it is. It will be from a cartoon I’ve barely watched. I’m okay with that because I like the surprise and I think I’ll get a good figure out of it.

I tend to be optimistic. Realism is for dorks & Pessimism is a waste of energy. So I’ve gone into these subs, any subs really, sure that I’m getting in on something cool. In lots of ways I am. For the first G.I. Joe sub, I didn’t really end up caring about the mystery figure, Blackout. He was alright, but I’m not that familiar with that era. I ended up selling him to another collector. I sold about half of FSS 1.0 actually. I kept Covergirl & Big Boa, of course. I loved Dice. I had a soft spot for Topside. I kept TNT for my Brazilian Joes. And I had to keep Iron Klaw to represent Sgt. Savage. That was too cool. So that’s six out of thirteen? Not bad. It was a good enough clip that I re-upped for 2.0 and, hey, there was a mystery figure. 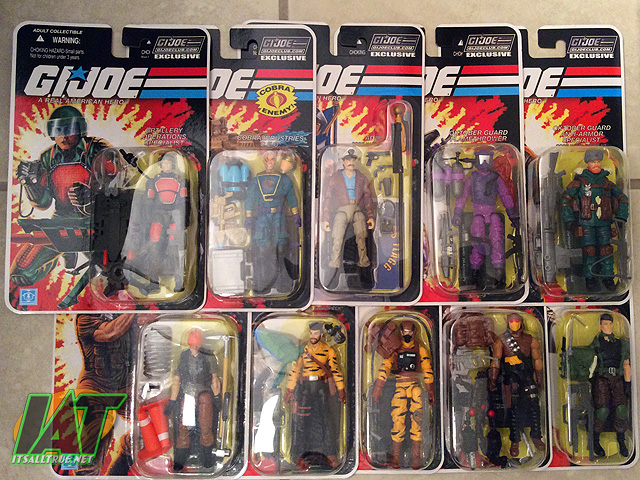 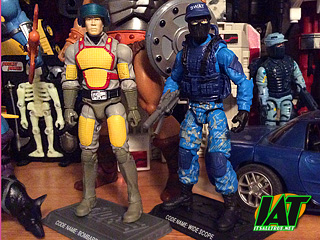 FSS 2.0 was, in a lot of ways, better for me. Keel-Haul was a huge name crossed off my want list. I haven’t had one since he was washed away in The Great Flood™. Big Bear & Dragonsky totally rock (though, I can’t describe the pain it causes me in regards to wanting the rest of the OG! Cha-Ching!). Tollbooth & Cesspool were on my short list. Bombardier had a great back story. Widescope, I fell in love with Widescope after he fell off his card in the shipping container. It was kismet (Shockwave is a favorite classic Joe). Even the Tiger Force guys kinda call to me. There were only three that I didn’t care for – Skullbuster (already sold him to another collector), the Night Force Falcon, and Desert Scorpion. And, heck, even he looks kinda cool.

Going by the numbers, FSS 2.0 was rockin’ it! I was excited. So much so that I when I saw HissTank had the identity of the 13th figure… I didn’t even click on it. It was Friday and I hadn’t gotten my Joes. I managed to avoid HT all weekend. I had known the 1.0 mystery was Blackout beforehand. This time, I thought I would try to be really surprised. No spoilers until I freed him from the box! 2.0 had been so great, how would they top it off?! This Monday, I was excited to hit up the mailbox when I got home. I happily opened the box for the third, unknown figure first, even before my beloved Oktober Guard. I was ready! I was… disappointed.

You know that old Joe Posnanski Plus-Minus System I always mention? I want to say that was at play here. That I hyped it so much, that it couldn’t do anything but disappoint.

But I don’t think it was that. It was because it was basically a figure I already had.

If you don’t collect Joes, grab a soda, this will only take a minute or two. Part reuse on the Original 13 Joes was even more bucky than it is today. Flash was one of the original Joes, the Laser Trooper, and he sported a sweet red-padded uniform. Hasbro then took Grunt’s head, slapped it on Flash’s body, packaged with it with the HAL Cannon and called the driver Grand Slam. Okay? Same body, different head, different guy. Later, they would further differentiate Grand Slam & Flash by coloring the pads silver on Grand Slam. Still with me? Flash=Red, Grand Slam=Silver. Easy.

When the 25th line came along, the Original 13 were (mostly) considered important and Flash got a brand new tool all to himself. Sweet, right? I bought that. Then, Hasbro used that mold to make a 25th Grand Slam. They did the silver pads, but they got cheap – no new head. I bought it anyway, cause hey, it was still Grand Slam! Flash & Grand Slam were just, uh… twins who bought their pads from the same sporting good store, albeit in different colors. I didn’t like the head reuse, but I got over it. I was happy enough. I felt that Grand Slam was sufficiently crossed of the list. Apparently, not everyone agreed.

Because the 13th mystery FSS figure is Grand Slam. Again. It’s the fourth version on this buck, but it’s the first one to feature the red Flash padding. But, remember that Hasbro didn’t give Grand Slam a unique noggin. They didn’t even use the modern Grunt head to mimic the original. And, guess what, the Club didn’t either. They basically took the Red-padded Flash figure and repainted it into a red-padded Grand Slam figure. This way, they ensured that I would get this overwhelming since of deja vu when I freed him from the box. 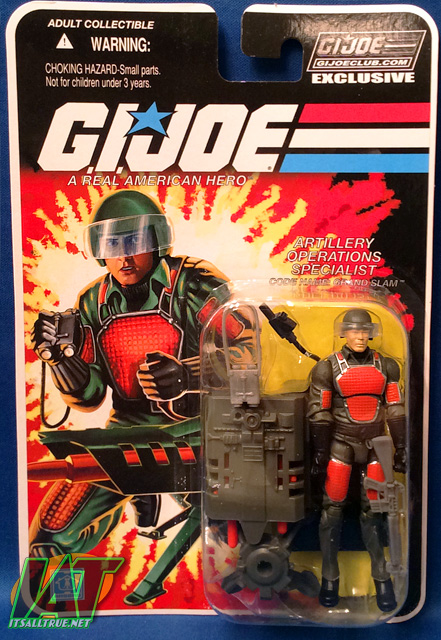 I shouldn’t be so harsh. There are minor differences – the shade of green, the gloves and boots are black instead of brown. And Grand Slam does come with a pretty sweet missile launching set courtesy of Scrap Iron. But this figure just falls flat. I don’t blame the Club. Some folks wanted this, I’m sure of it, but I just wanted something better. More bang for my buck. Something… I don’t feel like I already have.

To go down the road of armchair quarterbacking the guys at Fun Pub for just a second, even if they were certain they should make this figure, I just don’t think it was a good choice as the mystery figure. There will always be an argument between making the “sub exclusive” something demanded to promote sales or something obscure to promote good will (I lean towards demanded personally), but see, this figure just doesn’t seem to have much kick eitehr way. Was he really demanded? Couldn’t we just buy two Flashes and pretend? And he’s not obscure because, well, he’s a near copy of an existng figure. And never mind that the club released this exact figure in a different deco last month too. Just sayin’.

The catch is that I’m not sure what I would’ve wanted instead. One of the other twelve as the mystery fella? Maybe another woman to not make FSS 2.0 such a sausagefest? I don’t know. Ultimately, there’s not much point in second-guessing the club in that regard. It’s done, but I wanted to write this anyway and leave some feedback.

See, GIJCC even though you broke my heart by giving me essentially a double, I still love you. You got a ton right this year. And, plus, I do so love getting Joes in the mail. So, if you offer a 3.0, I’m signing up. I would like to tell you to make some more Adventure Team in the sub, but that aside, can you make that Mystery Figure finally rock. Like, really rock? Like, fall down dead “it’s so fluffy” rock? The mystery is such a great selling point to the subscription and I want to feel like “heck, yeah!” when I pull that 13th figure from the box. And I just can’t do that if it’s a figure I already have, okay?