As has become tradition, the Four Horsemen are holding their Toypocalypse show at the TT Underground Gallery in New York City. This year’s theme, FanExtasy celebrates the return of FANtastic EXclusive! 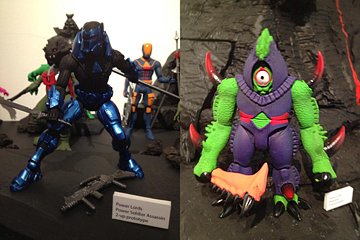 I haven’t had time to churn through all the pics just yet, but I was being texted images from the show all night while I was at work. There is some seriously cool stuff going down in New Jersey and, once again, I wish I could make the trip just to go to Toypocalypse! Screw Toy Fair!

As you peruse the links below, keep an eye out for the usual suspects: Gothitropolis Ravens, the Outer Space Men, & Power Lords. Keep a special eye on those Power Lords as some all-new figures are on display for the first time including a Sydot-esque Trooper, and a Power Assassin! And, of course, don’t miss Disguyzor!

After you check out those goodies, something else, maybe the next big thing, will catch your eye. The 4H almost specialize in this anymore it seems. 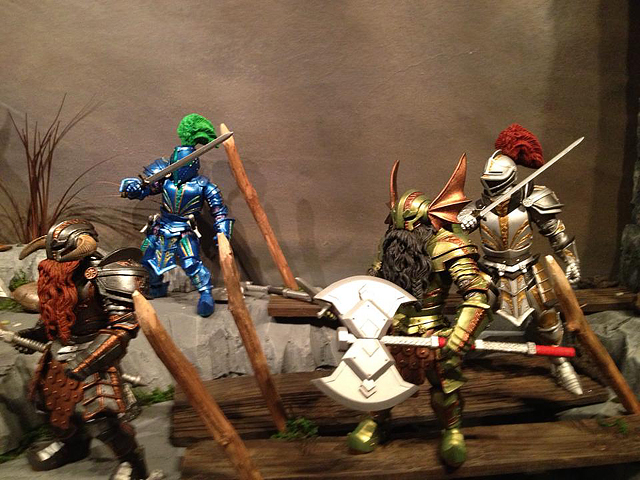 It’s a new line called Mythic Legions. Here’s how the 4H describe it:

Mythic Legions is a brand new line of fully customizable fantasy themed action figures from Four Horsemen Studios. Each highly articulated figure is fully interchangeable, allowing fans to create an endless variety of characters. Mythic Legions will bring fans into a world of herioc warriors, evil villains, hulking monsters, and fire-breathing dragons. Each figure will be fully-armored, accessorized, and ready to battle. With thousands of combinations the army building possibilities are endless!

I’m hearing mixed reports that the scale for these might still be open to fan feedback. A 6″ line would be spectacular given the level of detail and general hotness the 4H are capable of, but they’d look just as sweet in a more wallet-friendly 4″ and would continue with the Glyos compatibility of Power Lords, the OSM, and Glyosdom in general. I think that’s much more likely, but time will tell.

Check out these three sites have fantastic galleries from the show: 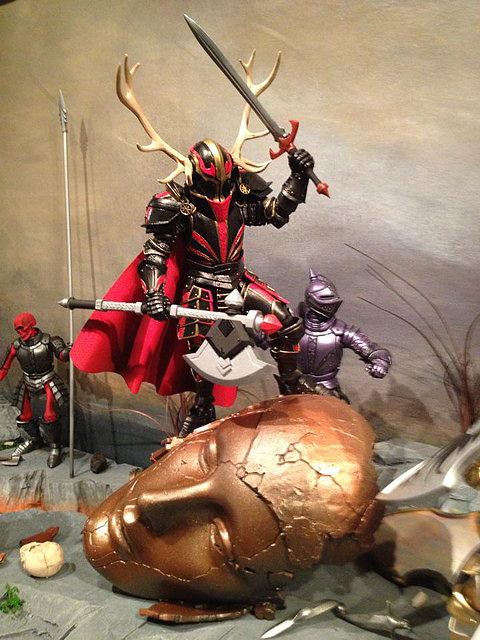