Vault and I have accumulated a number of NECA toys of late (with hopefully more on the way, I’m looking at you ED-209!), so we thought it might be a good time to kick off another week of reviews! But we need a better name than NECA WECA 2 since you have to say “NECA” wrong to get it to rhyme? We are open to clever suggestions, my brilliant readers!

I’m kicking things off with one of my favorite new toys this month, the Hive Wars Predator from Series 10, the Kenner based series. These Kenner figures are evil, by the way. When I first started collecting the Alien & Predator lines from NECA, I was happy because, one, they’re awesome, and two, they were a relatively small investment. A Xenomorph. A City Hunter. A Jungle Hunter. A Dutch. Some Colonial Marines. A few other key characters, maybe, then you’re out. NECA had other plans. 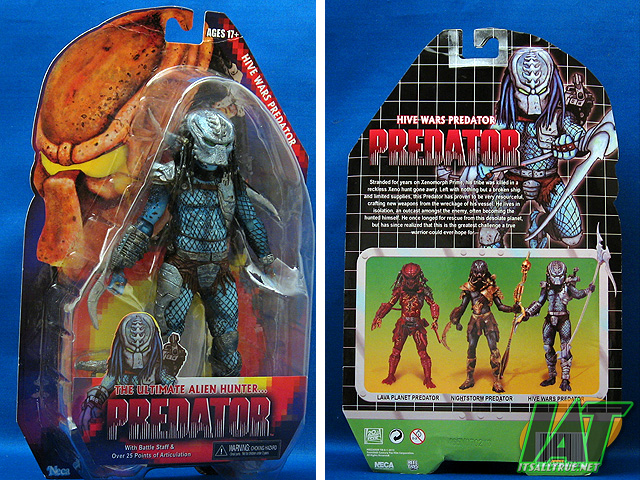 NECA’s Predator line had already established itself as a great line by crunching through the Lost Tribe of Predators seen at the end of Predator 2. There were some cool figures there, but I was okay to pass on them. I waited, and was really happy when the ball-joints hips replaced the v-crotches and I scored a great pair of the Predators from the first two films. I was good. I kinda wanted Big Red (I still do… I need to track one down), because he looked neat. He stood out from the Lost Tribe to me because he was a little more “toyetic” to me. But I was good, I had my two. I didn’t need the legion of others, cool though they may be. 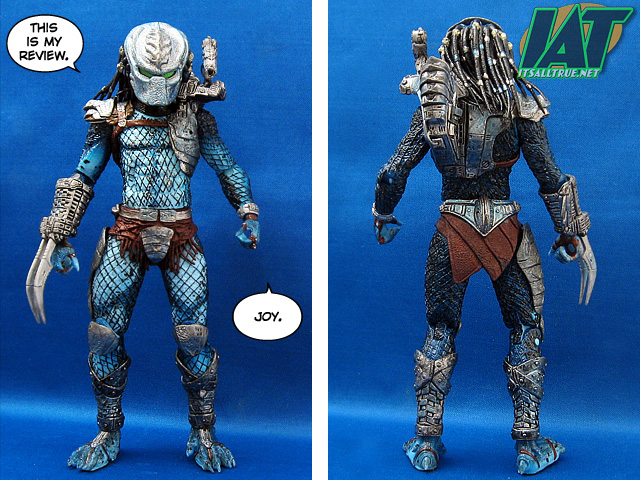 And then NECA went for the jugular. If you’re my age, or even a little older and a fair bit younger, chances are you had more than a few Kenner figures. I had tons: Super Powers. The Dark Knight Collection, The Real Ghostbusters, Batman & Superman TAS, RoboCop & the Ultra Police, Terminator, M.A.S.K., Chuck Norris Karate Kommandos, Centurions, The Shadow, Play-Doh. Heck, I had a Care Bear or two. I’ll admit it. And, oh yeah, a little thing called Star Wars. You’ve probably heard of it. 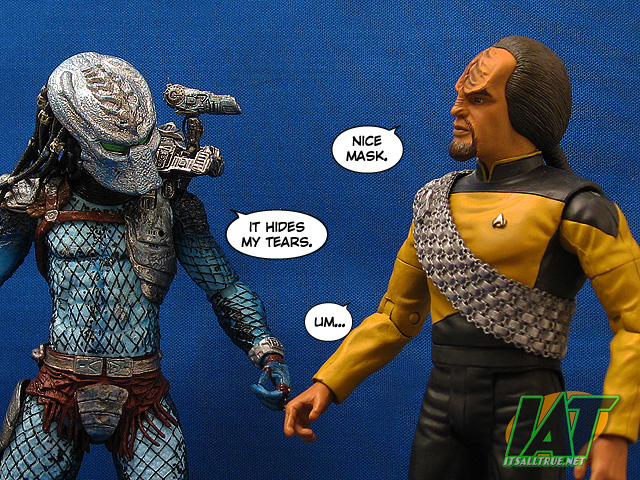 A few mega-hits from the “Big Two” aside, Kenner owned the boy’s aisle from the late 70s to early 90s, particularly when it came to licensed toys. And included in that list above but held back for dramatic purposes is, of course, Aliens & Predator. The great thing about that era of toys, and some collectors will balk at this I know, but the toys were… toys. It wasn’t always about articulation, scale, accuracy, all these things that I think are important today – I didn’t care much about back then. If Caramel-Spinkick Batman or Screamin’ Winston Zeddemore was fun, I was happy. And if a Predator looked cool in baby blue? So be it. 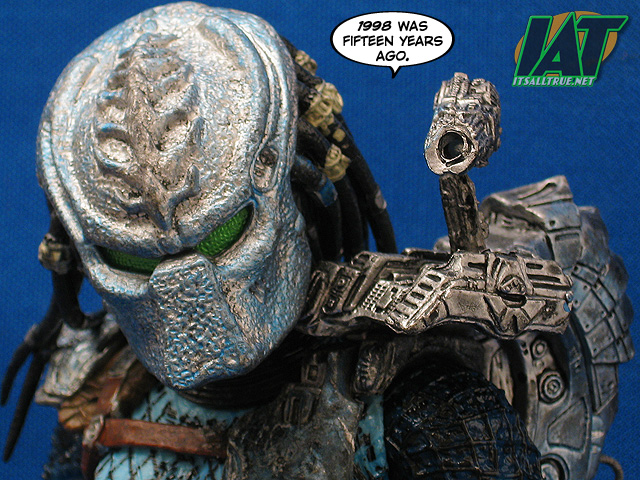 Which brings me back to NECA. While I still really want to see NECA make Harrigan or Keyes in his containment suit, I respect the importance (& need, really) of having to reuse molds. Repaints have always been a toy company’s best friend, but moreso now than ever. And some smart reuse goes along way. With the Lost Tribe complete, NECA looked to an even deeper well for inspiration and they came back with a simple conclusion: If a Predator looks cool in blue, so be it. Continue to Page 2…