Not many characters have lit a fire under MOTU fans by storm as Dekker has. His unforgettable appearance in the MO2K series’ episode, “The Island”, launched a thousand requests to see him as a figu- Did I have you going? Even for a second? Or are you still just wondering who the heck this guy is?

Dekker’s a great oddity for MOTU Classics in that he’s one of a handful of newly-created MO2K characters who made enough of an impact to receive a Classics figure. While the exact amount of that impact may be in question, I have nary a complaint about his inclusion (I should point out that really want a Classics Calix and he only appeared for a few second before being killed, so I’m clearly not trustworthy with the master list). Unlike Calix though, Dekker received an entire episode, so Mattel probably made the right call here. 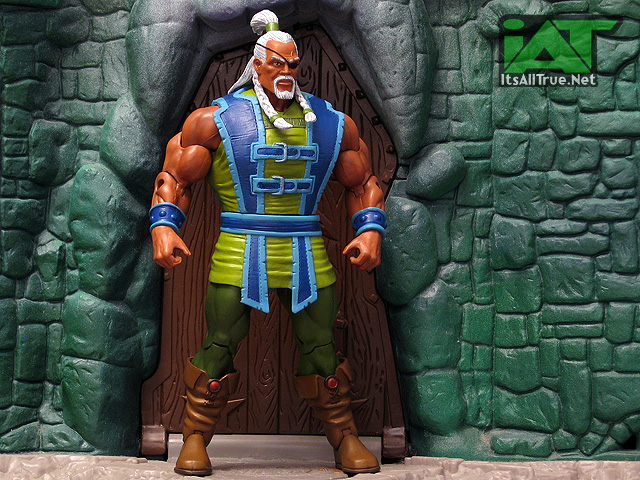 Dekker was introduced as the guy that put the Man into Man-At-Arms. In his younger days, Dekker had been and elite Palace Guard and had trained Duncan extensively in combat and strategy and surely helped Duncan become the master strategist that he is. (Since Dekker’s got an eyepatch and not a cybernetic ocular implant, we’ll assume Duncan picked up his horrifying surgical skills from someone else). By the time we meet him, Dekker has moved on from his soldiering days and retired to a leisurely life of fishing on Orkas Island. Hijinks ensue when Duncan comes to visit and Dekker finds himself in a crazy kidnapping scheme. The episode itself is okay from what I remember, but I think the appeal of Dekker maybe in what we don’t see. As a previous Man-At-Arms during Miro’s era, he was surely a key player in the times before Adam was born and that’s an era I’d like to know more about. He also trained one of my favorite badass MOTU characters in the ways of badassery, so he’d be a character worth watching if we could ever get any media set during Miro’s rule. 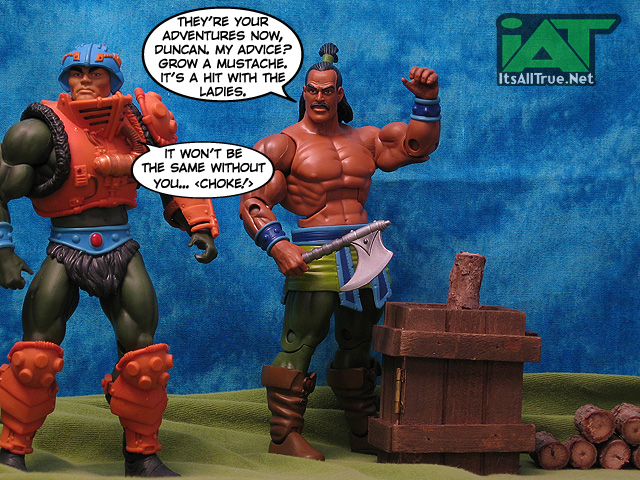 While I’m more interested in Dekker’s younger days than his singular retired appearance, it makes sense that the figure would match the episode he appears in. What’s nice about the figure is that he matches pretty well too. While plenty of MOTU figures have had to have their basic design altered to fit in with the reusable parts plan that makes the line possible, Dekker’s look was captured in plastic with very little change. He does use the standard pair of arms with bracers that he didn’t wear in the episode, but they don’t bother me at all (I don’t think any bare human forearms even exist in the line yet, do they?). The bracers add a nice vintage toy element to a figure that is otherwise tricked out with new sculpts to get his details just right. Most notable for me is the new boots. They’re probably my favorite part of the sculpt. They look sharp and though I pick on the reusable parts from time to time, I’ll be happy to see them pop up on other figures now that they’ve expanded the parts base 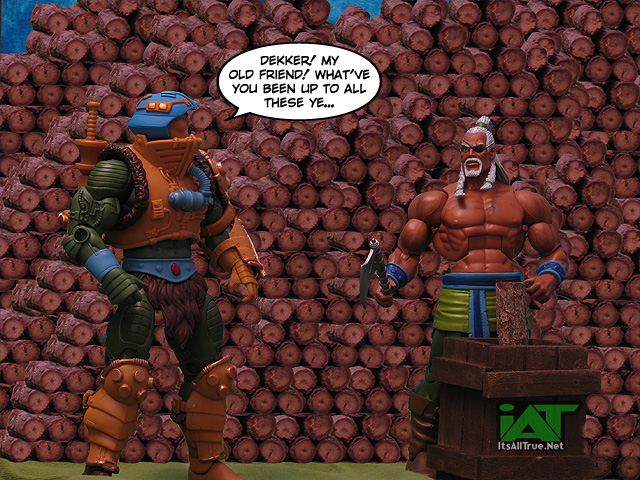 Dekker also has a new tunic. It’s been split into two parts to maintain the ab articulation which can make for some embarrassing moment for Dekker when his belly shows through, but I’d rather have the articulation than not. The tunic is a little bulky, but that’s nothing new for the line and it does make up for it with a detailed sculpt and great colors. Dekker visually stands out on the shelf no matter where you put him. 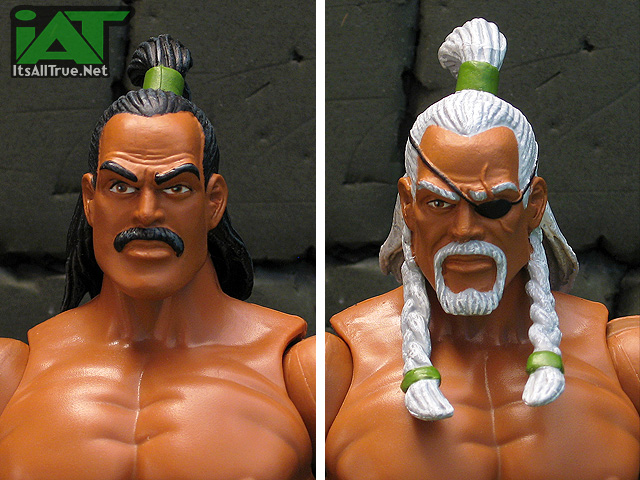 To top all that off, Dekker comes with two head sculpts. The primary one is the Dekker we know from the cartoon, the old grizzled fisherman. It’s my preferred look for the figure and probably the only one that’ll be seeing display on my shelves. The eye patch, the scar, the “I could kill you or ignore you, choose?” expression. It’s probably one of my favorite head sculpts this year. Continue to Page 2…