DCClassics.Com: How tall is the Anti-Monitor Collect & Connect figure? Judging from the convention photos, he appears to be on the shorter end of the C&Cs despite being one of DC’s biggest villains. What development went into producing him at that particular size?

He is 9 inches tall. 9 to 10 inches is about the limit we can make a C&C figure due to package size. We know in the comic he is huge, but we just can’t do a 30 inch figure as a C&C due to logistical restrictions (such as package size and cost).

MOTUClassics.Com: Is Mattel satisfied with how the current run of Battle Stands are selling? Will there be stands based on Snake Mountain or the Fright Zone coming out in future years?

Considering this is the second run of stands and the first run sold out, yes they did very well and we do have more planned but not until Fall of 2012.

ItsAllTrue.Net Asks:There are a three Ghostbusters figures that have debuted, but do not have set Sale dates. Can we get an update on the Ghostbusters schedule?

The release schedule has changed quite a lot from the original. We’ll post an update soon. There will still be six 6” figures (and the subscription figure Marshmallow Mess Ray) in 2011. The exact month releases just may change a bit.

DCClassics.Com: Are there any more Metal Men scheduled for 2011 or should MM fans be looking toward future years for completion of that team?

We can’t confirm when, but we do have plans to finish off the team in the not to distant future.

MOTUClassics.Com:Previously, it’s been stated that “shipping rates are billed based on weight”, but ordering 2 sets of Battle Stands (under a pound) currently costs the same as shipping two figures (typically a pound and a half or more). While we understand that a figure like Panthor should and does cost more to ship, why do we not see lower rates for lighter items?

We have a minimum shipping rate for all items. 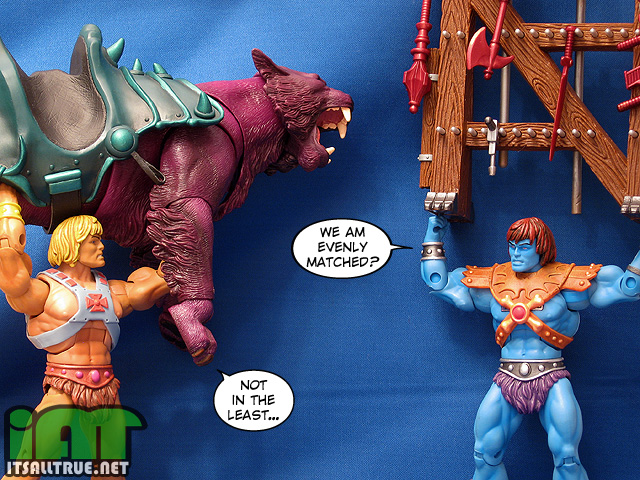