War Machine has some interesting joint choices. From what I can tell, his head is on a ball joint that sets on a hinge. You can get some interesting poses out of this, but they are usually limited by his shoulder pads. His shoulders, wrists, and hips are all swivel hinge joints. His ab crunch is an extremely flexible ball joint, while his ankles are ball joints that are far less flexible. Both his elbows and knees are double hinge joints.

That’s not all though, because his shoulder and wrist armor are on hinge joints to allow for more movement of the arms and hands. Then there’s his missile launcher that works as a swivel hinge. Last but certainly not least is his mini-gun that sits on a ball joint, which sits on a hinge joint, that’s also mounted on a sliding rail across his back. Now that’s one articulated gun! 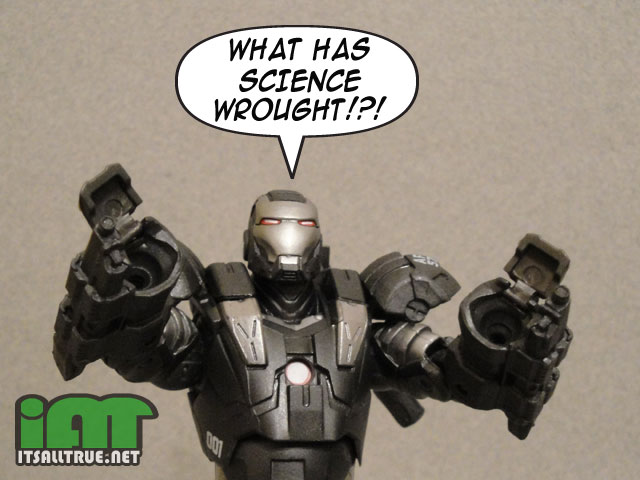 Even with all this great articulation, I do still have two complaints. I really wish they would have given him a swivel joint for his forearms. I think this would have allowed him to pose his wrist mounted guns a little more naturally.

Second, and I know I’ve mentioned this before, but Hasbro really needs to do something about those hips. I don’t mind that they’re swivel hinges, I just wish they could move forward and out at the same time. All it would require is for the peg to go into the side of the crotch instead of up into the body. The Toy Biz Marvel Legends did this and it seemed to work fine and allowed for much more natural poses. I’m not really sure why Hasbro doesn’t just copy it. 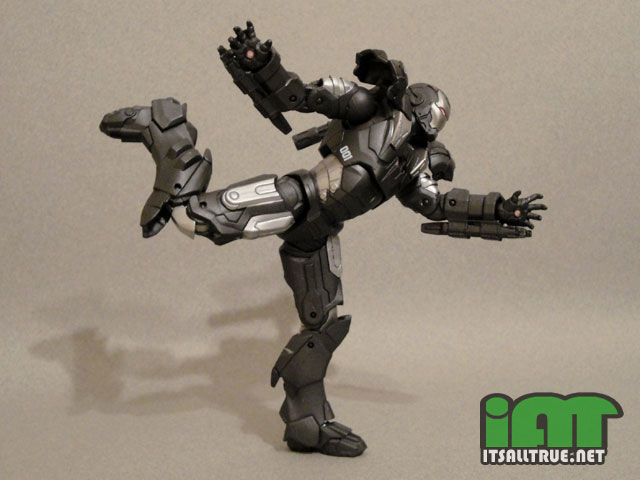 War Machine comes with a couple of really nice accessories. I really love the mini-gun, but I’m not such a big fan of its ammo belt. It looks good, but hinders the movement too much for me, so, I just leave it off. I’m really glad that his missile launcher can be removed and replaced with a normal looking shoulder panel. That’s a really nice touch for those of us who don’t think Rhodie should be firing missiles constantly.

But my favorite of War Machine’s accessories are the four extra hands he comes with. Altogether you get two fists, two open, and two grasping. I’ve been seeing extra hands show up with Japanese figures for a while now, and I’ve always thought it was a great idea. It’s just an easy way to add more character to a figures poses. So I’m really glad to see Hasbro adapting this idea for their figures. I hope it continues for the ML2 line. 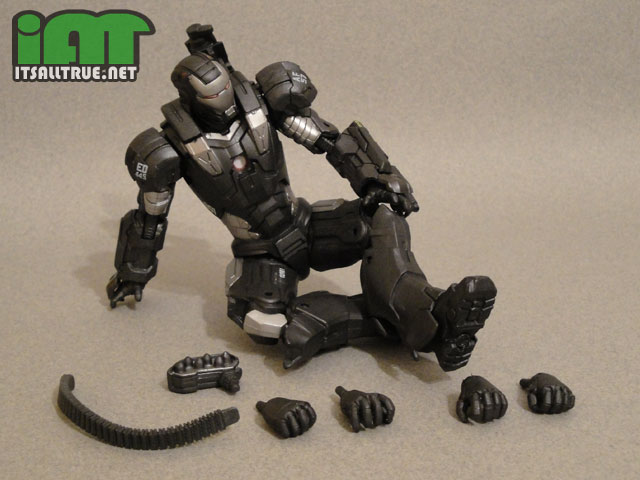 Even though this figure is nothing new to the market, he’s still new to me. I’ve always had this nagging thought at the back of my mind to buy him, and I’m pretty satisfied with him now that I finally did. He retailed for about $17 at Toys R Us, which seems a bit high. I’m hoping that’s just a TRU thing, though, and that future six inch figures will be closer to the $14 level. 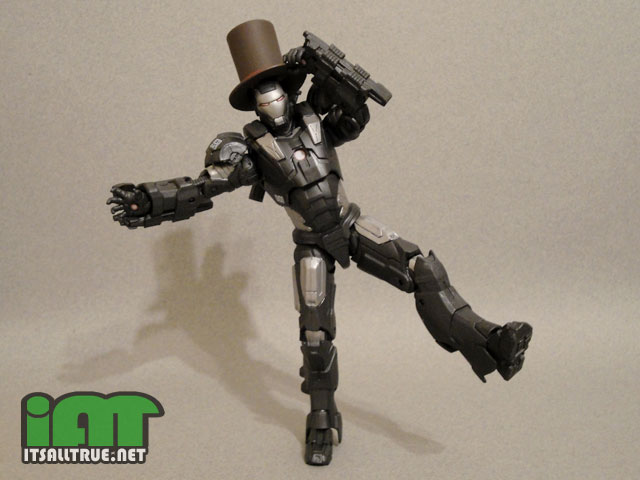