If you read my Embo review earlier this week then you probably can guess what I was going to review today. I always liked this War Machine figure, but he’s just one of those toys I never got around to buying. Now, thanks to a Toys R Us coupon, I could waste just slightly less money picking him up.

I’m not a big fan of the Mark VI Iron Man’s colors. I like the gold and red, but those silver parts really break up the flow for me. So Mark VI was out of the running. My TRU actually had a Titanium Man, and for a few moments I was tempted by him. Then I realized he didn’t come with any extra hands. Even at a slight discount I was hoping to get more accessories than a wrist canon. Besides, who would he fight? 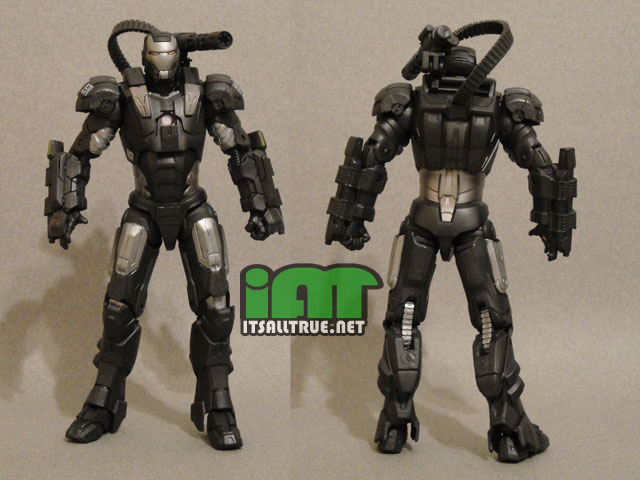 So the logical conclusion for me was going to be War Machine. I’ve always loved the look of the character in the comics, especially that pumpkin toothed grin. Even though the movie version didn’t look the same, it still had this great sleekness to its look. Plus, the armored plates look so much better than the metallic muscles of the comic. 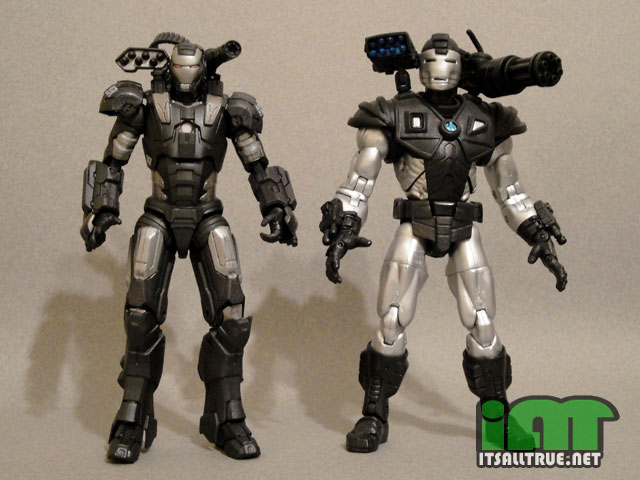 Another reason why I bought this figure is because I’m getting a little impatient for the new Marvel Legends line to begin. I know there’re still a few months to go, but I really can’t wait to see what they do with the relaunch of the line. If the Marvel Universe line is any indication, I think ML2 is going to give DC Classics a run for its money. 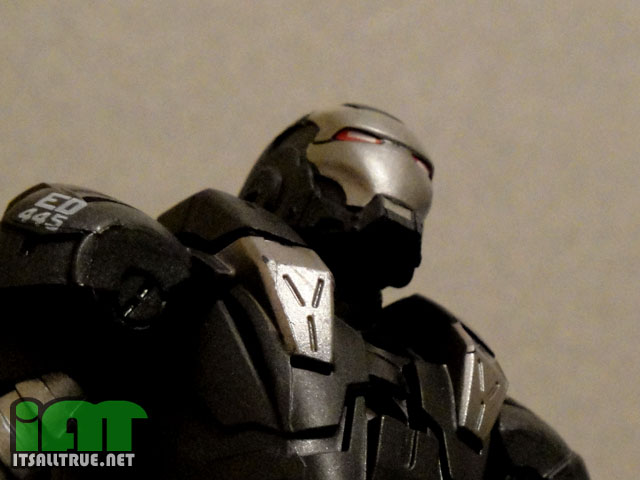 The sculpt on War Machine is top notch. Not only did they do a great job with making him a good movie representation, but they added a bunch of little details that could have easily been overlooked. For instance, the bottoms of his feet have a raised groove pattern and even little notches around the thrusters. I also really like the segmented look of his elbow and knee joints. It goes a long way of making them look like gears and not just a smooth joint. 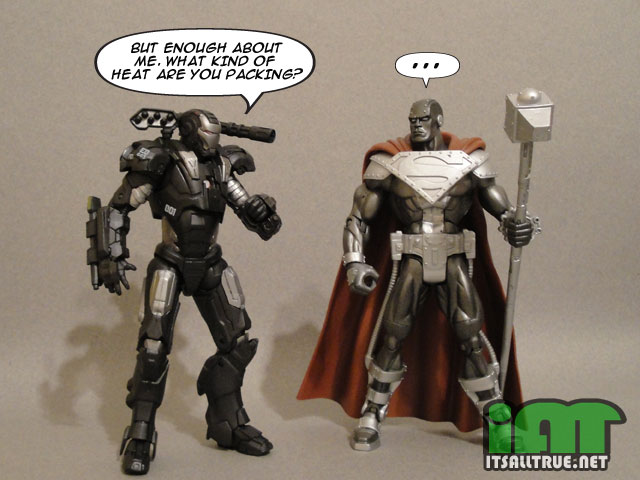 War Machine is primarily colored by a dark gray plastic. Most of the paint details come from the silvers used to highlight the pieces around all the dark grays. But those silver parts are done so well that they look molded also. The only other colors are those put on by tampo like the red/white of his eyes and chest core, or the military insignias stamped on his various armor plates. Continue to Page 2…