I hadn’t planned on buying a Star Wars figure on my latest toy hunt. I was going to just use my TRU Rewards coupon to pick up a 6″ War Machine. But when I saw Embo sitting on the peg, the battle had begun. I came back to him three different times before surrendering and buying both him and War Machine.

I had already taken a shine to Embo’s character before I’d ever seen the toy. He first appeared in The Clone Wars, season 2 episode 17, Bounty Hunters. A group of Felucian farmers hire some bounty hunters to protect them and their crop from pirates. When Obi-Wan, Anakin, and Ahsoka crash nearby they form an uneasy alliance with the bounty hunters and agree to help. The story is your basic The Seven Samurai plot line, which I’m a huge fan of. I enjoy everything from The Magnificent Seven to Soldier, so it was great seeing the idea adapted into the Star Wars Universe. 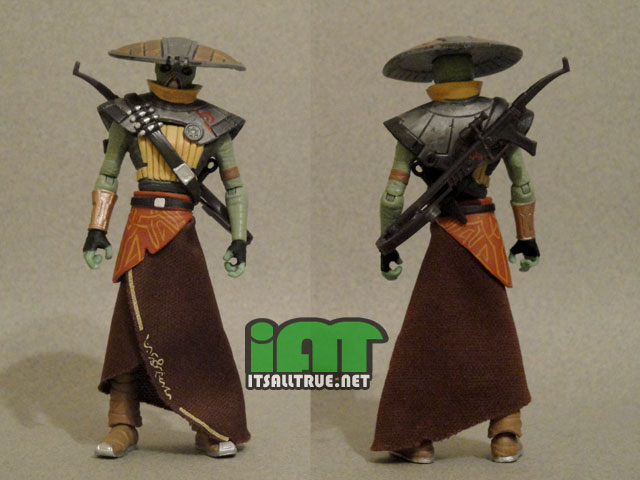 Embo is one of the bounty hunters hired by the farmers. He’s a male from the Kyuzo race and seems to be a regular part of the bounty hunter Sugi’s crew since the two have made a cameo in a later episode together. So why’s a character that’s only shown up in two episodes worth having a figure of? Much like his attire would suggest he’s a badass with a certain code of honor. Out of all the bounty hunters and Jedi, Embo seemed to take down the most pirates on his own. Yet he threw down his weapon to fairly fight a pirate he’d just disarmed. Little actions like this bring depth to his character even though we don’t know anything about his history. 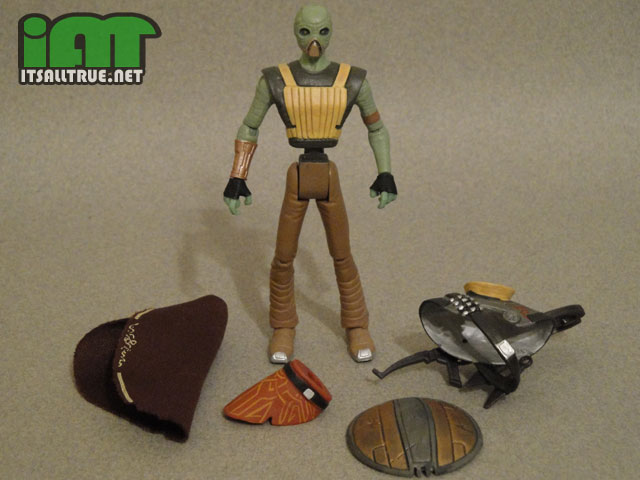 Embo’s overall sculpt is really impressive and deceptive in its simplicity. His upper torso is covered in slatted body armor while his lower body is mostly covered by his skirt. This gives the impression of an almost flat figure, but as you get closer you begin to see these tiny details that were easy to overlook like the buttons on his wrist device. 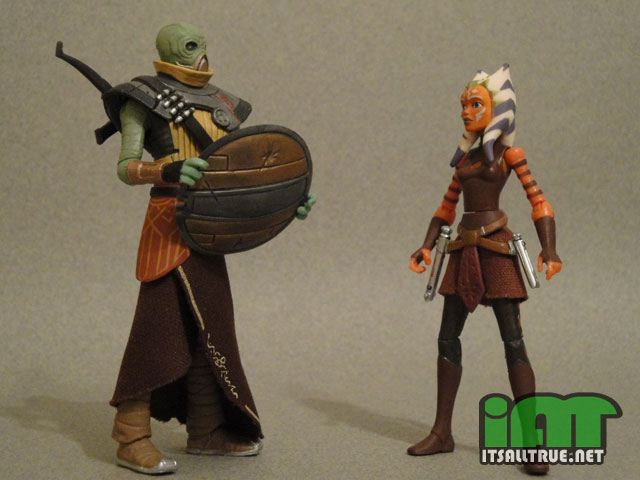 The first thing I noticed was that his skin was actually textured and wrinkly. His pants legs are normal until you get down to his shins, which is where the wrappings start. This is one of those things I didn’t notice on the show, but Embo is actually wearing metal sandal-like shoes and the wrappings only cover his actual feet. 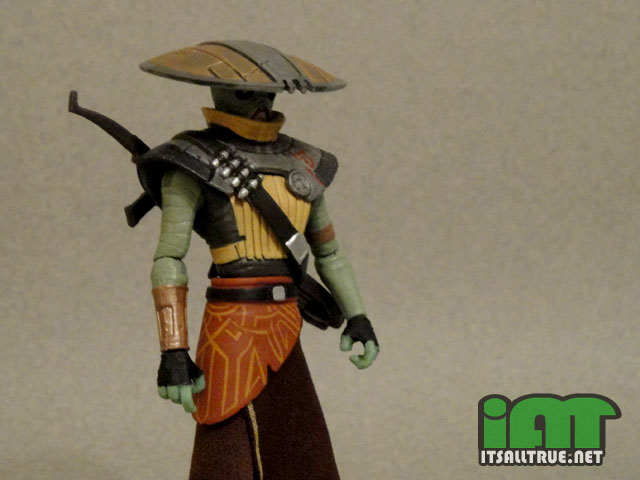 Embo’s head is just as impressive as his body. Not only are there textured wrinkles and bone plates, but his breathing device even has these tiny raised lines in its recesses. But in my opinion, these details pale in comparison to the look on his face. Embo has one of those wonderfully sculpted likenesses that can change in emotion with the angle you choose to put the head in. I love subtle features like this because it adds a whole new level to play and posing. 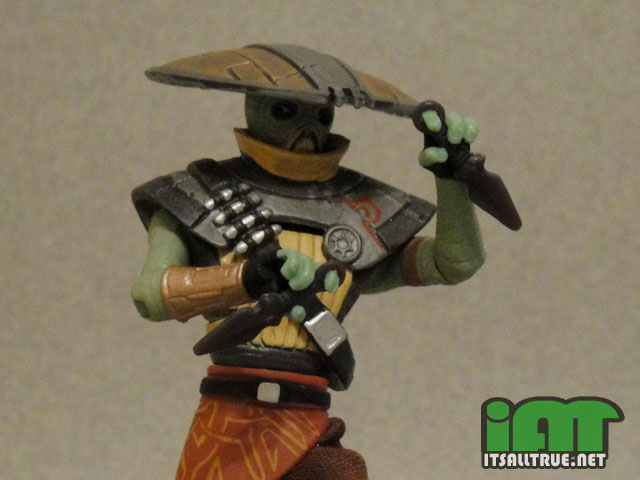 Embo’s armor is a rubbery plastic which can be easily removed. Like the rest of the body, it seem simple at first, but then you begin to see all the sculpted nicks and scratches that decorate it. His upper belt and skirt are also a soft plastic, but Hasbro made the interesting choice to make his lower skirt out of fabric. I’m not usually a big fan of fabric clothing on toys, but every time I seem to make an exception it’s with a Star Wars figure. They’re always able to blend the two mediums together better than anyone else it seems. 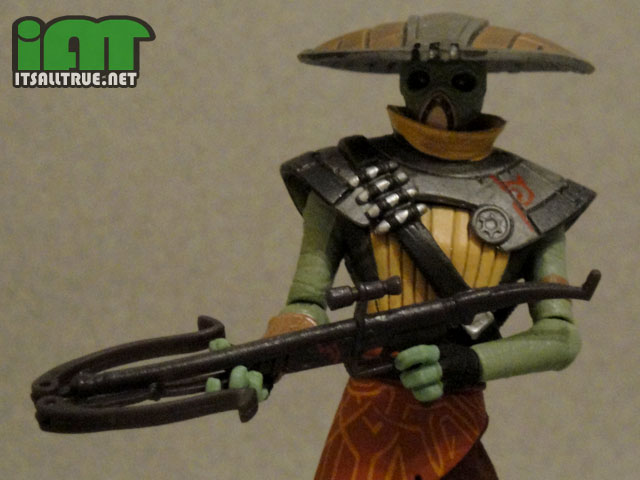 Like the sculpt, the paint job on this figure is something you really begin to appreciate the more you study him. There are large swaths of various browns that cover the majority of his body, but this really helps those tiny little details to stand out. For instance, his mouthpiece, wrist device and metal sandals have been given a metallic shine. His armor has also been given the look of metal, but this time it’s with a dry brush coating. This gives it a really great used and worn look. Continue to Page 2…