MOTUClassics.Com: Were the Palace Guard and BA He-Man chest plates made not interchangeable purposefully? Will Skeletor’s chest plates be a third non-standard size? This limits their use in any future weapons paks.

The plates were design by the Horsemen to work with there respective figures – not as universal plates. This is something we can look into for future figures where applicable.

MOTUClassics.Com: Will the secret accessories coming with Megator and Man-E-Faces be best used with them respectively or are they intended for other characters?

They are intended for use with those figures.

DCClassics.Com: The Super Friends Wave Eighteen doesn’t appear to have a variant slated. Will this be normal going forward or will variants resume with Wave 19?

The variants will still be in waves, but may change to a head pack out swap or a deco change vs. new tooling parts to help keep the figures affordable and at $14.99 SRP.

DCClassics.Com: The upcoming Batman: Legacy line doesn’t have C&C pieces and appears to make heavy use of existing tools. Will these have a lower MSRP or will something be added to make them closer to the same value as a regular DCUC figure?

They will be plus’d up with some neat extras and packaging executions in lieu of a Collect-and-Connect piece.

ItsAllTrue.Net: During Toy Fair, a design meeting was held that included feedback directly from collectors. Are there any interesting discussions or cool stories from that meeting that you would share with the fans?

We did review all of the feedback. Some of it was items we can take action on, others (such as removing “Made in China” stamps) are not actionable due to legal and logistical reasons.

One item that came up a lot was asking for more articulation. This is always a sticking point. Due to rising costs over the last few years some articulation has been phased out. Therefore, it is always a toss up. We can add in more articulation but that would cause the end cost to go up and we are trying to hold at $14.99 as best we can!

The feedback was truly appreciated and we are looking into it with all of our resources.

I don’t really have a good strip that’s applicable to these answers other than picking on the guy who actually asked Mattel to remove the “Made in China” stamps. So here’s a (slightly) older Amusing Articulation from the IAT Archives… 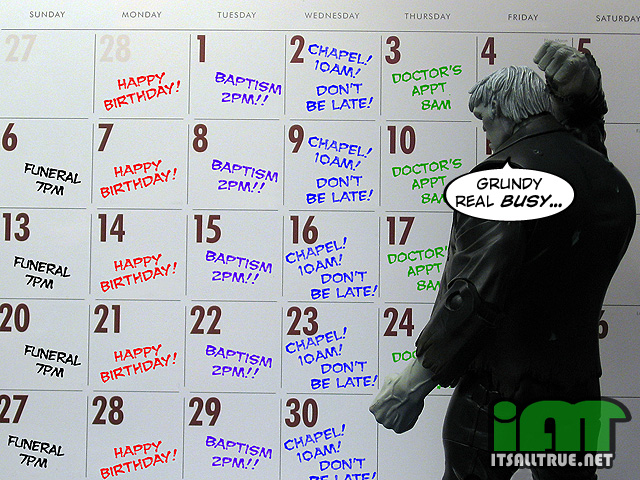