I did my best to resist the tempation of Batman: Brave and the Bold Action League, but, now that those cute little versions of Batman & Co. have been exchanged for a broader DC Universe line, my willpower has finally lapsed. This week, I snagged Grodd and a couple others to see what I’ve been missing.

Before Christmas I couldn’t walk into my Target or Toys R Us without finding the pegs packed full of Brave and the Bold Action League two-packs. So when I decided to finally check the line out in preparation for the DCU launch, I didn’t think it would be difficult finding some of the more interesting characters. The Etrigan has always caught my eye, I loved their take on Owl Man, and who can say no to the only Wotan figure in existence?

But sometime over the last month, apparently everyone else had the same idea and all the BatB Action League figures had been snagged. Target, my best resource for the figures, was completely empty. This only left me with the individual Big Lots versions and a Grodd two-pack at Toys R Us.

Right away the biggest concern I had with these figures is the paint jobs, especially with the individual Batman and Plastic Man. There seemed to be quite a few Batman with slopped on their lower chin, while Plastic Man suffered mostly from googley eyed goggle lenses. Luckily the only Batman/Grodd pack that was left didn’t have any issues. 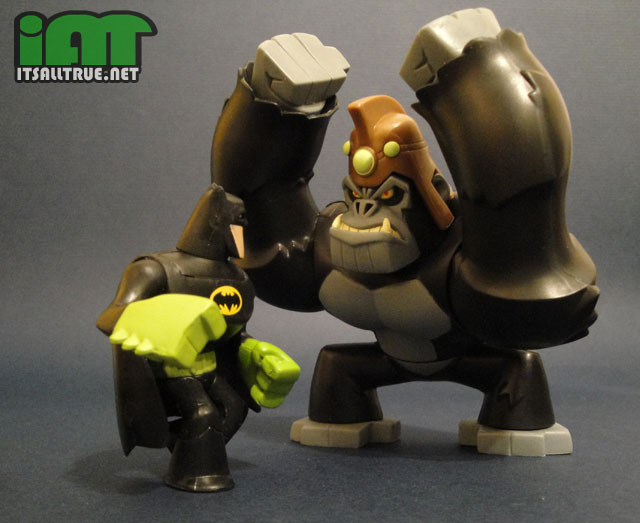 The regular sized figures have a very basic four points of articulation: neck, shoulders, and waist. All of them are swivel joints. This doesn’t allow for too many poses, and I felt very limited at first. But the more I played with them and experimented, I discovered that each figure has a couple of good poses it can take. 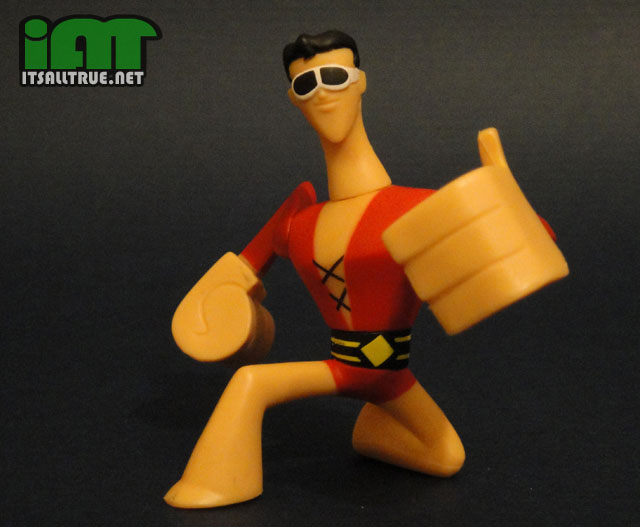 Grodd, on the other hand, completely took me by surprise. His neck and waist are swivels like the normal figures, but then Mattel departed from that style and also gave him swivel wrists and ankles. Then they took it even further and gave him swivel/hinge shoulders. This amount of articulation really surprised me and made the figure really fun to pose and play with. 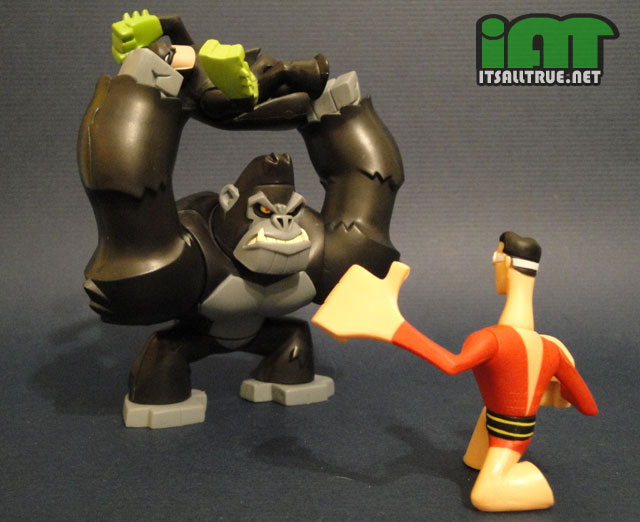 Something else that surprised me about Grodd is that he comes with an accessory. Most of the figures in this line either have an accessory molded to them or they don’t have one at all. But with Grodd, they actually made his helmet a separate piece that can be easily removed. Looking at the figure in the store, I just assumed his helmet was part of his head mold, and it would have been easier for Mattel to go that route. But I have to give props to them for allowing us the option of displaying Grodd with or without his helmet. Now if they could just find a way to get us a snap-on “G” belt. 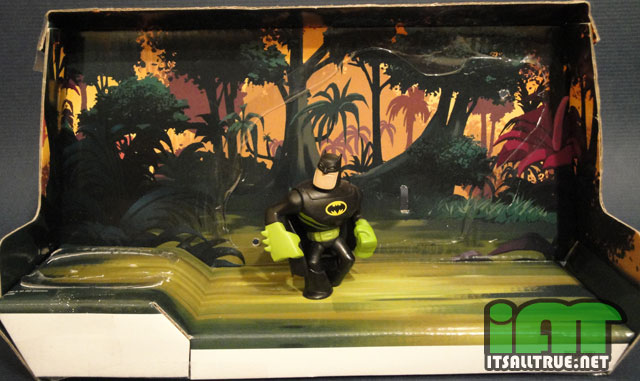 On a side note, something else I really liked about the two-pack was the background art. It has this really great stylized/animated looking jungle backdrop that would make a great display for the figures. That piece is even separate from the box itself, making it easy to remove. Sadly, the clear bubble holding the figures in place is also glued to the background piece. Removing it all together would destroy the art, so I had to cut as much away as possible and just live with the rest. Hopefully, if Mattel does similar two-packs in the future, they will find a way to preserve the inside as a display for the buyer. 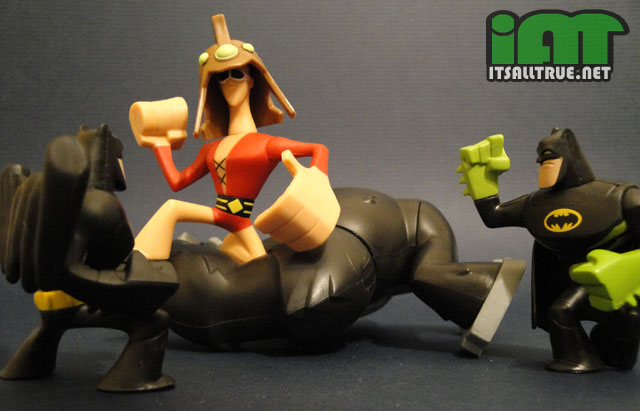 So, my first foray into the world of Action League was an intriguing success. Even though I didn’t find what I was looking for, I ended up with some figures that I truly enjoyed. Plus, Grodd actually turned out to be cool. Who would have imagined that? But these figures are getting scarce. So if you’re interested in getting any, start hunting now.