Mac McLoud races through the desert on his motorcycle, searching for the shrine that houses the mystical Golden Staff that will magically protect the Mummy King’s army from harm. But two of Amset-Ra’s warrior mummies are tracking his every move, waiting to pounce and seize the treasure for their King. 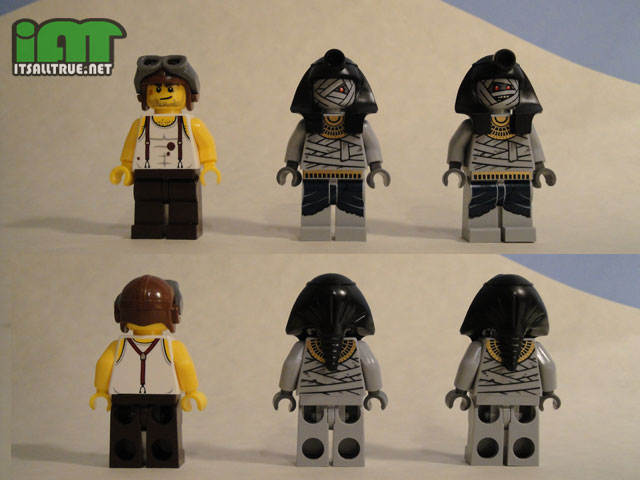 Mac McLoud is Jake’s loyal friend and mechanic. This figure has a great look to him. Not only is he wearing an undershirt with stains and suspenders, but he’s got a bruise mark on his cheek from fighting. You can just tell he’s the scrappy underdog that has the quipy one liners everyone loves. (Finally, an Al Giordino minifigure!)

The mummy warriors in this set are gruesomely detailed as well. Even though they have gold jewelry on, their gray rags are haggard and unwinding. Plus, each mummy comes with a double sided head so you can have two different looks. Choose either the angry eyed face with bared teeth, or the creepy face with only one red eye glaring back.

Each mummy comes with a scarab shield and an Egyptian curved sword called a khopesh. The khopesh is one of my favorite sword styles and it’s really cool to see the Lego Group add this to their armory. Not to mention the unique and detailed style of the scarab shield. 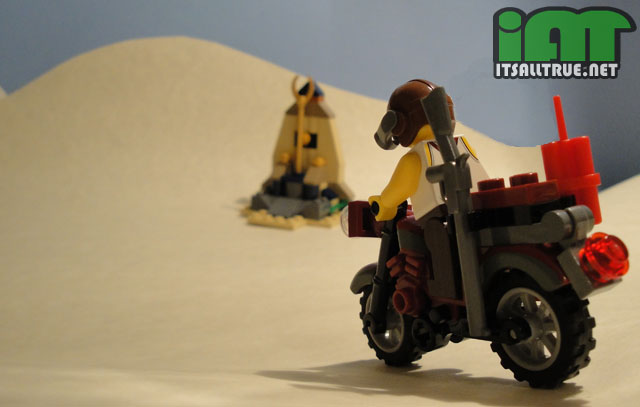 Mac comes with his trusty motorbike, which is an easy build and can hold a couple of accessories. But even with its simple design, it is way more detailed than the Lego motorcycles I remember having as a kid and I really like the more realistic look. 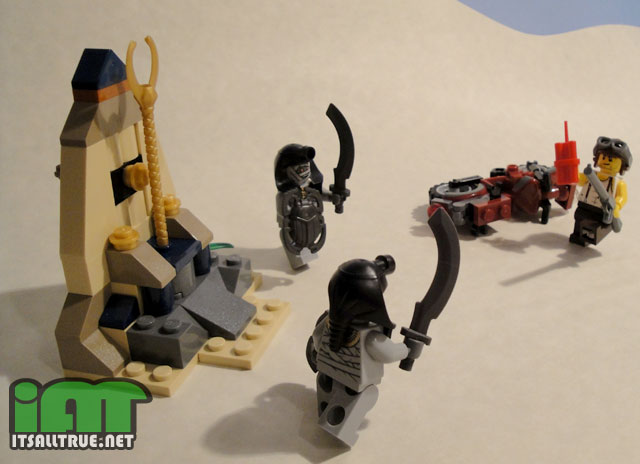 The shrine piece is also a very simple build. One of the selling features is that you can knock the staff off by pushing a lever from behind. The staff itself is interesting, but the shrine and its action feature are very underwhelming. I’ve heard that the shrine peace can attach to the larger Scorpion Pyramid playset. This would give the shrine more play value, but only for those who collect the most expensive set. 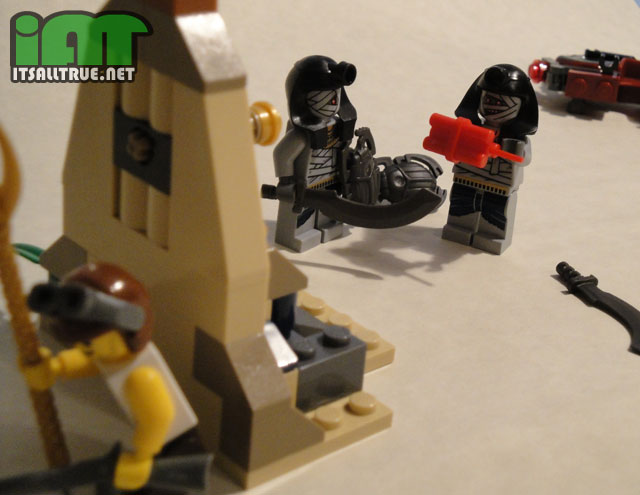 The Golden Staff Guardians retails for about $12. The real reason to buy this set is for the minifigures. The mechanic is cool, and you can never get enough mummy warriors or motorcycles (hmmm, mummies on motorcycles…).

Being the two cheapest sets in the Pharaoh’s Quest series, I feel like they’re a good price for what you get. The blue stone scarab is surprisingly fun and the other set is superb for a little army building with mummies or just adding a couple interesting pieces and motorcycles to your collection. 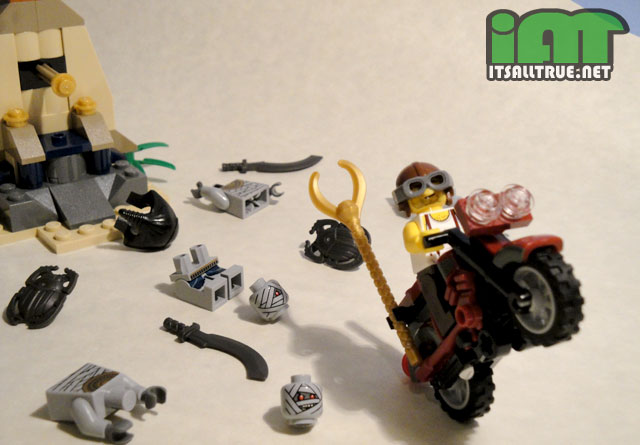