Taking a cue from old movie serials and Indiana Jones, the Lego Adventurer’s theme was everything I loved recreated in brick form. Now LEGO is bringing back the nostalgia with their new Pharaoh’s Quest series. First up are the two smallest sets: Scarab Attack (#7305) and Golden Staff Guardians (#7306).

Amset-Ra, the Forgotten Mummy, has returned with his army of mummy warriors to conquer the world! It’s up to Jake Raines and his intrepid team to retrieve six mystical treasures and thwart the Mummy King’s plans. 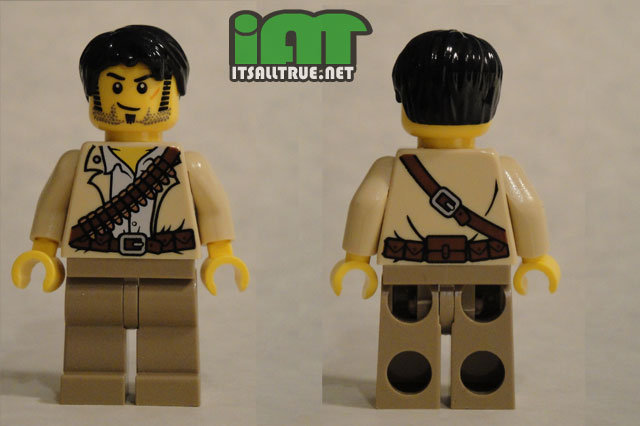 Jake rests by the fire triumphantly this night, for he’s found the Golden Crystal which would allow Amset-Ra to control all the creatures of the desert. But just before he settles back to have his supper, a giant stone beetle emerges from the sand, intent on returning with his master’s prize. 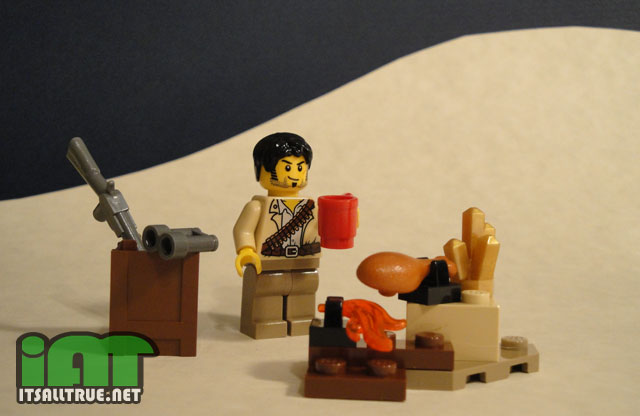 The first thing you’ll notice about these new adventurers is that they are much more realistic than Johnny Thunder’s group. Gone are the fedora and Errol Flynn-esque mustache. Jake Raines is tough and gritty with his mussed hair and sideburns. Aside from the obvious mummy connection, he reminds me a bit of Brendan Fraser’s scruffy character Rick O’Connell.

Jake comes with a small fire, roasting meat, and cup to sit down to for the night. When trouble shows he’s ready with his rifle, pickaxe, and… crate? The fire is a simple piece that’s good for setting the mood, but it certainly isn’t the best part of the set. 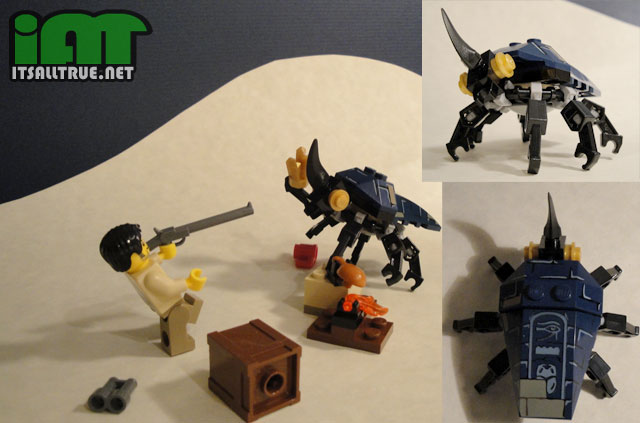 The stand out piece of this set is the giant blue scarab. It doesn’t always turn out well when Lego designs creatures out of bricks. But this scarab is supposed to be stone, so I think the effect works well here. The head and arms can move up and down or turn side to side, giving the beetle a huge range of movement. I also love the simplicity of his head, with the two golden eyes, giant horn, and mandibles. Last, but certainly not least, are the hieroglyphics and worn brick patterns that have been printed onto his back. (Thank you Lego, those stickers can be a pain.) 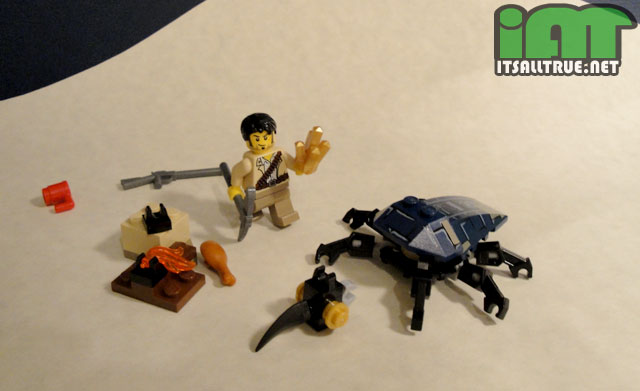 This is the cheapest set in the series, retailing for about $6. Before putting it together I wasn’t very impressed. But I really love this scarab. It’s got a simple design but is really fun to pose and play around with. The only negative is that there is only one scarab in the set. A Mummy King would surely have an army of stone scarabs, right? I can see myself buying a few more of these during a sale, just so my adventurers have a real battle on their hands. Continue to Golden Staff Guardians (#7306)…