“I will rule the universe, even if I am the only one left in the universe.” – Starscream, Transformers, “The Revenge of Bruticus”

I feel like I’m writing my very first review all over again. Geez. This will be my first review with the new “fancy” camera that I still don’t know how to use, so my apologies on a few focus & lighting issue. I’ll get better eventually.

It took a while for the Masterpiece line and I to get together. I bought 20th Anniversary Prime, but didn’t have a lot of cash to spare when Starscream & Skywarp were at Walmart. And if I wasn’t buying the heavily discounted Skywarp at retail, I definitely wasn’t importing anything. The Masterpiece line really just gave me a 12” Optimus Prime and that it. At least until it got me to buy another Optimus Prime. 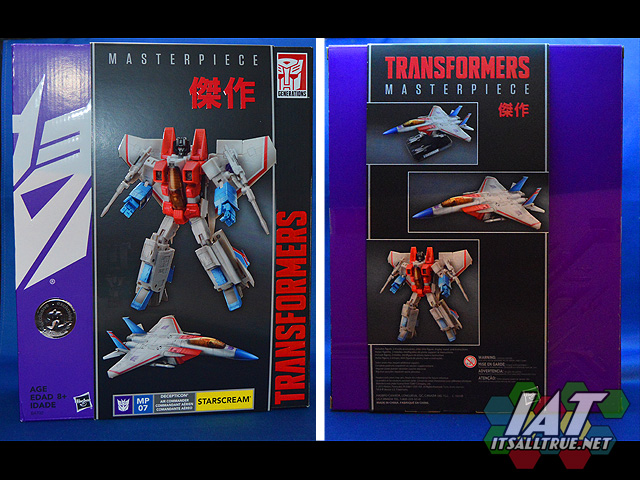 MP-10 is a marvelous toy. And it convinced me to not only try to keep up with these new re-scaled Masterpiece figures, but to pony up & import the figures from Takara instead of waiting to see if they get released at retail here. And it’s been awesome! I’ve loaded up on all sorts of Autobot Cars, Soundwave & the Cassettes, and all these crazy Seeker repaints.

Well, in my case, they turned out to be pre-paints. See, in between the time that Takara & Hasbro released MP-10 Prime respectively, Takara churned out MP-11. A tune-up, improved version of MP-3 Starscream. I just flat out missed it and… I wasn’t the only one. The price on eBay was more than I ever wanted to pay, but I watched it like a hawk and get really close to blowing a chunk of change on it several times. I never did. 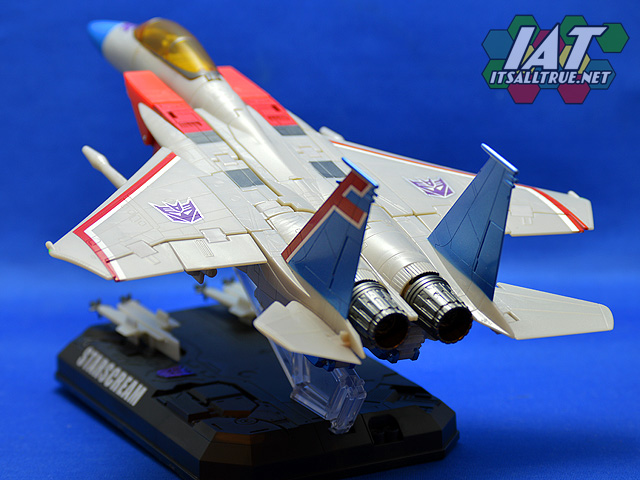 And for once, that paid off! Hasbro, finally, after Thundercracker, Sunstorm, Acidstorm, a second Prime, 2 versions of Soundwave, Prowl, another Grimlock, & Bluestreak; they finally put Starscream back out at retail. And so instead of $200+, I got it for $50 (thanks to $10 of TRU Rewards Bucks!).

And better still? This is better (to me) than any previous version. Yes, the Domestic Hasbro versions seem a little cheaper than importing the Takara versions – my Takara Sunstorm might feels a little nicer or sturdier, but my Hasbro Seekers – Thundercracker, Acidstorm, & now Starscream are still quality toys deserving of the Masterpiece name. Hasbro also has the benefit of producing it as a $60 toy instead of whatever exorbitant amount I paid for Sunstorm (which was worth it because I prefer that amazing deco). 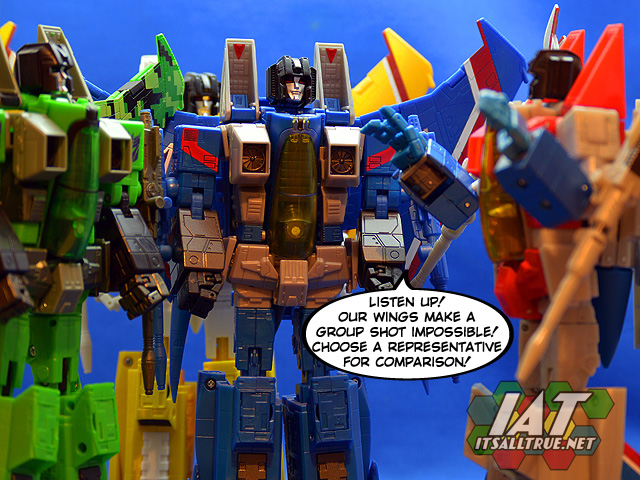 The most appreciated change from MP-3 to MP-11 was the removal of the samurai sheath thingies hanging off the hips, gone in favor of just tucking that part down on the lower legs. That part right there is why I still don’t have a Skywarp (and there is an importable Skywarp MP11 version, but again $200+, c’mon Hasbro!). But that’s on all the MP-11 molds. What makes this version special? This is the most G1 Toy Deco yet! Seriously, you know you’re a nerd when you get excited over a blue nosecone.

In jet mode, this mold is a pretty sweet looking F-15 Eagle. When I was a kid, I loved fighter jets. I had posters, knew all the stats, obsessed over models and die-cast. It passed as a phase I guess, but my all-time favorite was the Eagle. I have a little bit of satisfaction picking these guys up. My Transformers tend to get displayed in Bot Mode, but it’s tempting to just set these guys out as jets – even if they’re yellow, green, & blue so far. The accuracy is still thanks to the misguided designer who made MP-3 less Starscream and more Eagle, but the mods to MP-11 and now the right colors have finally given the toy the a great visual in both modes. Continue to Page 2…