“If not for a nearby Bionotops, Skeletor would have indeed perished and Hordak’s revenge would have been complete.” – “Buzz Saw” Hordak’s MOTU Classics Bio.

It’s way late, but I want to get a review up for tomorrow (today, really). I took a quick scan of my giant pile of unreviewed figures and had to pick one I thought I could do quickly. My MOTU pile is probably the worst of the lot, so I started there. My method, if you call it that I guess, is to figure out the pics first and the many of the pics below popped into my head instantly when I read “Buzz Saw” Hordak scrolled across that brown mailer. So I picked him.

Turns out, he’s not really the figure you want to talk about in the middle of the night after working all weekend. You want to be happy! And excited! And blown away! And… not thinking that this guy was better off in the box. 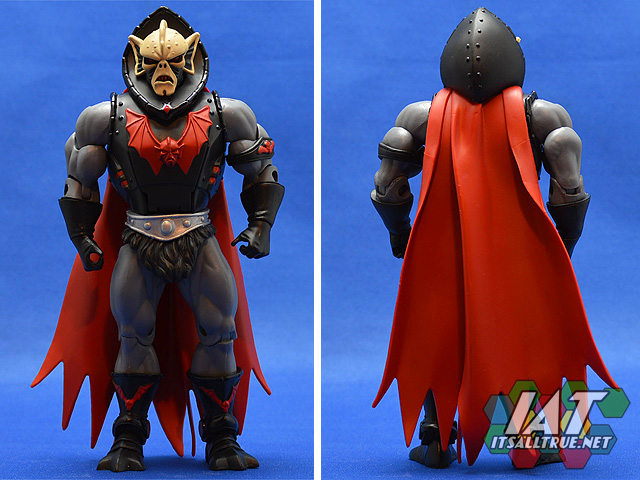 It’s not the figure’s fault per se. We slavishly must complete the vintage line and BS Hordak, no matter what, is part of the vintage line. We had to get him and so the lack of imagination that led to his basically unchanged deco thirty years ago has returned. Well, except that this figure doesn’t quite match this one in a few tiny ways. 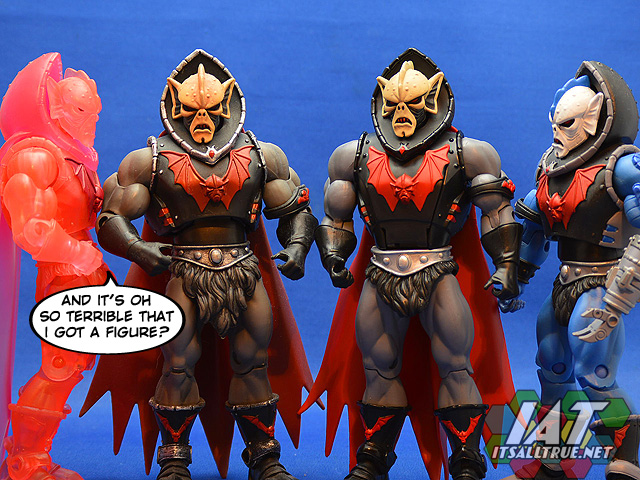 From a distance, this figure is basically Hordak redux. The one saving grace to this deco is that the regular Hordak figure, from way back in 2009, had a little bit of a MO2K flare. I’m sure there was some MOTU Classics Collector ready for a Hordak without silver trim, with the regular loincloth, with brighter greys, etc. I know! It’s almost starting to sound different! Side-by-side, there are differences, but it’s subtle except for one big thing. 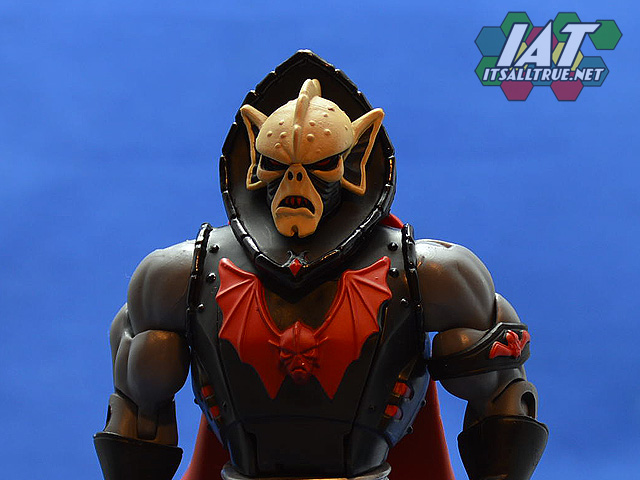 And that big thing? It should totally be a good thing! It should be amazing! It should make us bowled over excited! See, BS Hordak’s action feature was a buzz saw bursting out of his chest. I don’t know what happened to his lungs, but suffice to say, you don’t have a lot of time to ask the question before you probably die from the buzz saw hitting your lungs. The lack of action feature is MOTUC is tricky here – if this Hordak figure were just a (barely) repaint with a new accessory, it would suck! That would’ve been a terrible idea. Continue to Page 2…