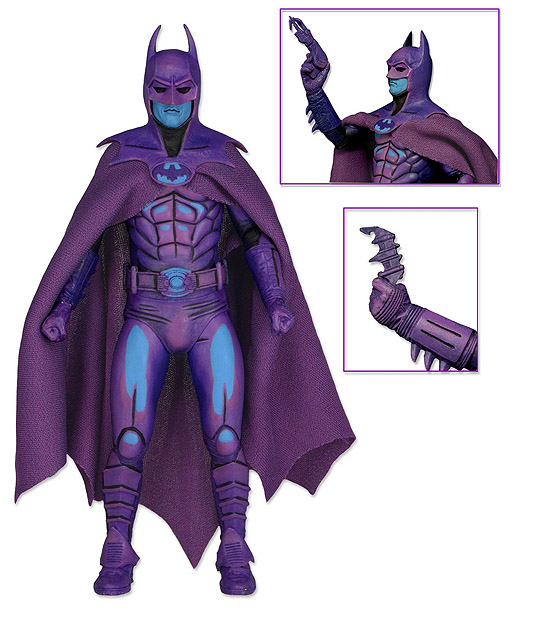 Okay, I don’t even know what to say. I think the pic mostly speaks for itself. I’m buying that.

When it first was announed today, I went through three stages :

The third thought there does not in anyway take away from the figure. I stand by my “this is totally awesome” comment. My Keaton love is well known around these parts. I have bought him in various colors from Kenner already. I love what NECA is doing with the NES figures (I didn’t buy the horror guys, cause I don’t care about horror guys, but I loveo Robocop and the Preadtor). I have a love hate relationship with the old Batman NES game. Heck, I’ve had that 8-bit ditty stuck in my head all day since this was announced. I’m so in.

I’m in for two, in fact, because while NECA seems to be strangely able to dip down into 7″ with their wonderful Batman figure (I already have his quarter-scale big brother), they appear to only be able to do so in purple. Multiple comments from NECA on Twitter indicate that we’ll need to be cutting out some black pleather capes and stocking up on black paint if we’d like to see this figure in traditional colors. I imagine there is a very narrow legality that allows them to even do this purple guy.

I plan on buying two, one to keep in purple glory and one to try and repaint into traditional colors. Awesome! 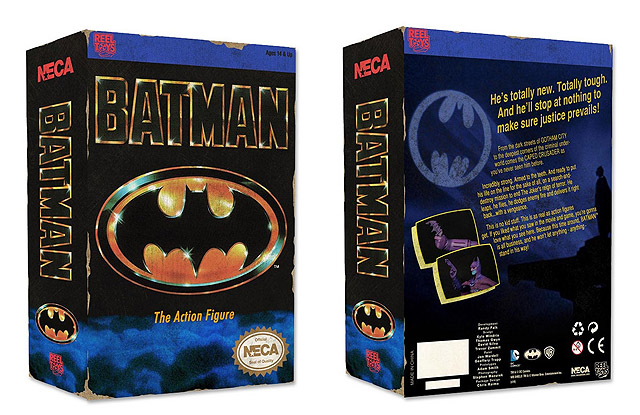