Hot Toys has posted images for two new upcoming Iron Man Amors: Python Armor & Bone Armor! Python was announced as one of HT’s upcoming exclusive figures last week. It features a kitbash of other armors, which is screen accurate, and a sweet gold/black deco. I have to laugh because I still don’t have a red/gold Iron Man, but this one is looking to be one more suit of armor before I get a basic one! 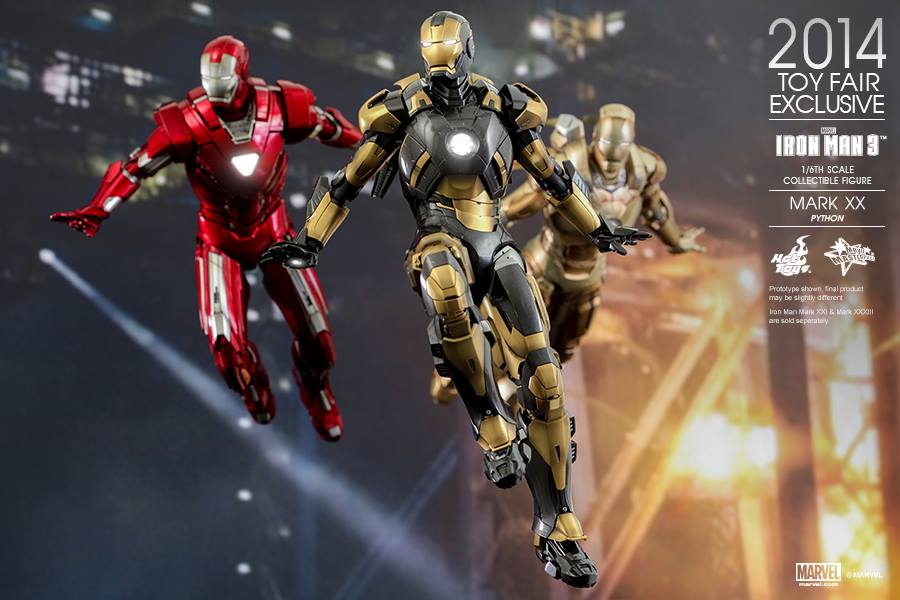 “Everybody needs a hobby.” Tony Stark’s hobby was building a number of armors for the “House Party Protocol” in Iron Man 3 and they proved to be valuable asset when combating the dangerous Extremis soldiers!

The next armor just announced earlier today, is the much more intricate and all-new sculpt Bone Armor. I don’t need every Armor (Starboost and Red Snapper didn’t intrigue me much), but this one has the right look. Leave it to Hot Toys to put out two black/gold decos at the same time and leave me wanting both. 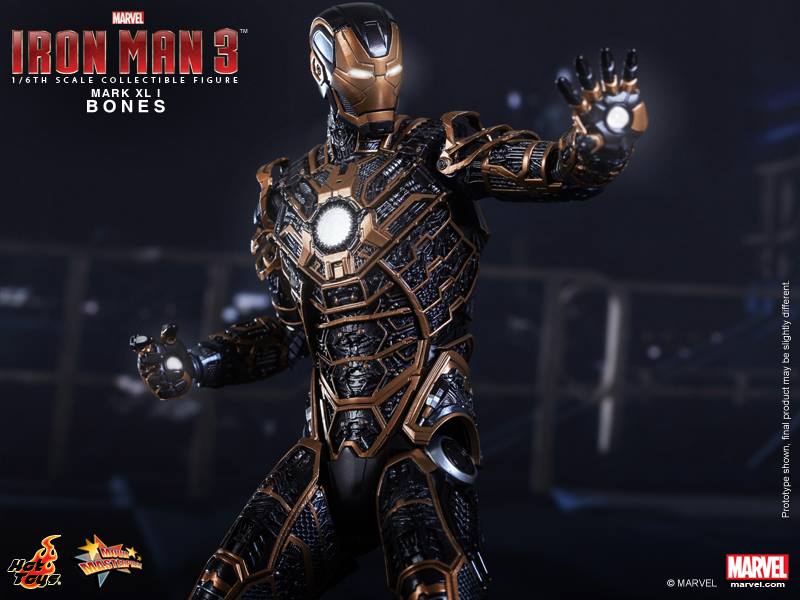 “Gentlemen!” and with that said, the Skeleton Suit Mark XLI has split into multiple parts to attack Extremis soldiers during Tony Stark’s showdown with Aldrich Killian in Iron Man 3! Nicknamed “Bones’, this armor is built by Tony Stark with speed and maneuverability in mind. It earns its name because of the very unique external appearance of thin black and gold colored armor plating with internal contents exposed.

Today Hot Toys is proud to present this distinctive armor from the Iron Legion – 1/6th scale Bones (Mark XLI) Collectible Figure! In addition to featuring finely crafted structure, black and gold colored armor, LED light-up functions and accessories, this collectible figure has specially designed magnetic components which allow it to be split into multiple parts and re-attach back together at will.

Iron Man fans should not miss out on the opportunity to pre-order this one-of-a-kind armor from the House Party Protocol!

As mentioned, this figure can also split into multiple parts like it’s on-screen counterpart. Admittedly, it looks goofier than intended, but I’m still glad they included this well-hidden action feature! 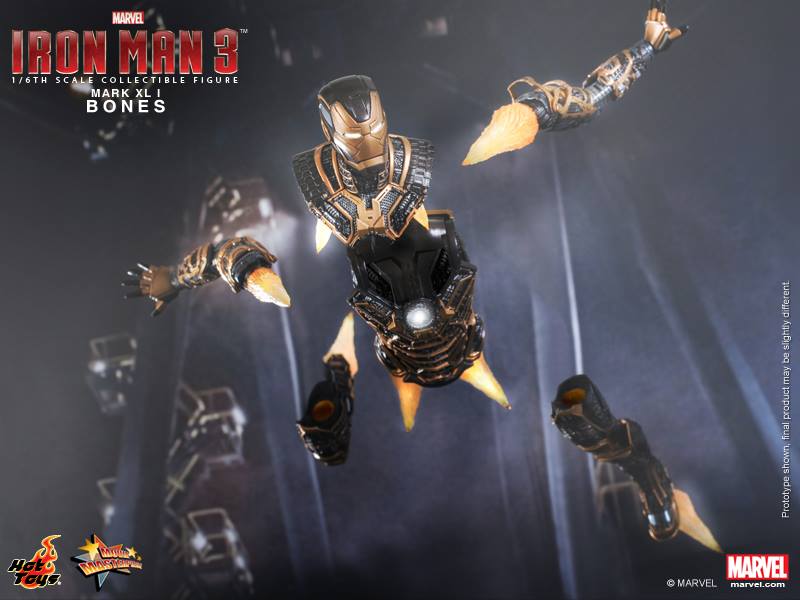