One of the fun things about Guest Review Week is finding an awesome new site to feature. TheDaytimeNinja burst on to the scene back in March, posting great reviews of Transformers, Imports, TMNT (next week is TMNT Week at DaytimeNinja!), etc. They were easily my first pick for this week’s “upcoming” spot.

Origami Cyclone is one of those characters in a show that doesn’t have a lot of screen time, but is badass in a way that almost expands off of the cult following, as well as just being a great character in general. While the often cowardice Hero from Tiger & Bunny doesn’t see much action, the S.H. Figuarts rendition of the character is definitely something with a lot of action to it, and Bandai’s put up another great addition to their Tamashii Nations sub-line. 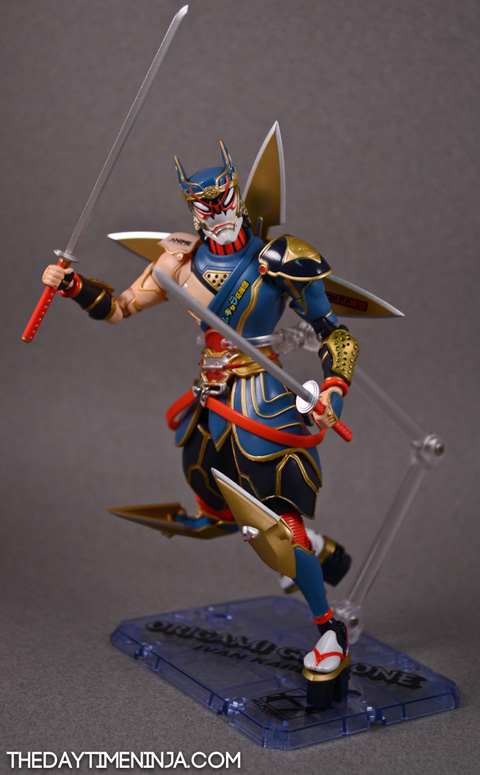 At first glance, you’ll notice that Origami Cyclone is a bit bigger than what he should be, which puts him out of scale with the rest of the cast. I’m personally someone who’s big into scale, especially when the figures are at $50-60$ a pop. 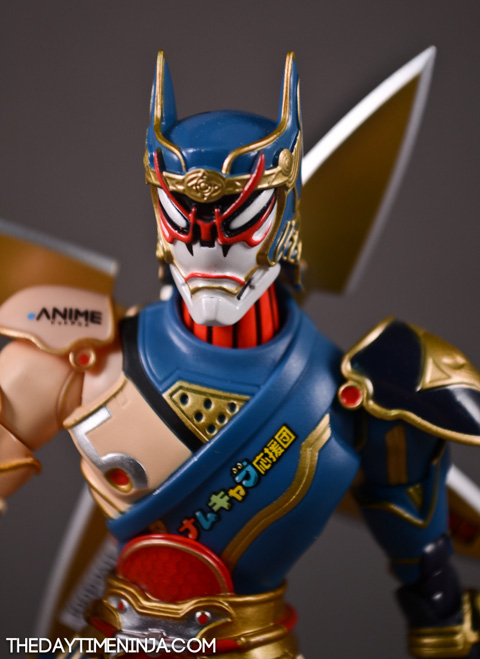 OC’s shoulders have a lot of movement with the ball-joint within a ball-joint that some Figuarts have (I freaking love it), as well as featuring a bicep swivel. The elbows are double jointed, and the hands peg in via a ball-joint. The hands to me are probably the worst part about this figure, so check down in the accessories section for the reasoning.

I do like the fact that OC has the ability to rotate at the upper part of the waist above the belt, as well as below the belt having the ability to rotate the hips and legs around. Very nice as I haven’t really seen this is a Figuart before (is this a dream, or reality?). Origami Cyclone also features some nice red bands on either side of his waist that are made of a nice rubber material, and connect to the belt with metal loops. Nice attention to detail by Bandai here as they could’ve just stuck some stiff plastic loops on there.

The hips are attached to the torso via a ball-joint for some good articulation, but his “battle-skirt” tends to get in the way a bit if you’re wanting to rotate the legs to the front or the back of OC. The knees have that great double-jointedness that fans of Figuarts love, and they do a fine job of giving Origami Cyclone some good movement. The ankle articulation is very good with a rocker joint, but it is worth noting that Origami Doesn’t have any toe articulation. 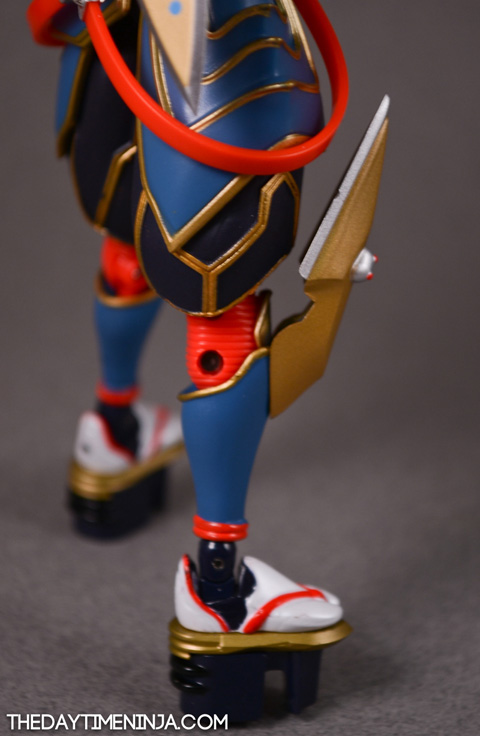 Now obviously this is due to him wearing the Japanese type sandals with the huge sole (someone can help me out what these are actually called?), so it’s kind of for the better as it would look insanely weird for that chunk of metal and plastic to bend. The back section of the dark blue part of the sandal is all die-cast though, so some added weight for balance is always nice. Continue to Page 2…