DCClassics.Com: With all but one of the Legion figures revealed, can you give us an update on the Legion of Super-Heroes 12pk packaging?

The final figure and the whole set will be shown at SDCC. Right now it is set for sale in fall 2011 and it is in one giant package (which you will also see at SDCC!)

MOTUClassics.Com: Will Club Eternia 2011 be affected by the change in shipping companies? Will 2012 have UPS Ground as an option?

We are still working on this and don’t have details to share yet. Stay tuned.

DCClassics.Com: Now that Swamp Thing is on his way, we must do our fan duty and move on to incessant nagging about another character. Is John Constantine available?

Yes, he is also on the table now.

ItsAllTrue.Net Asks: When will we learn more about the Mattycollector JLU 7pk? Is its release contingent on other items selling well?

DCClassics.Com: Will the DC Classics portion of the Batman Legacy subline continue past the first two assortments?

Currently it is planned for 2 waves much as GL Classics to build hype for the new film. 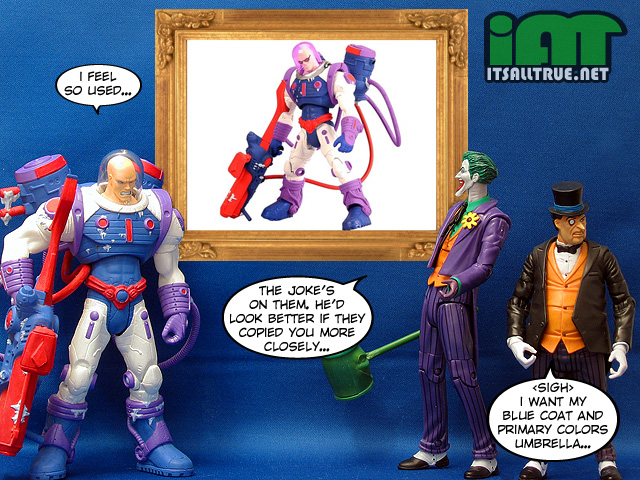